Under Jeremy Corbyn’s leadership, the Labour Party has taken significant steps away from the soft-neoliberalism of Tony Blair, towards a more interventionist economic strategy, aiming to boost productivity, redistribute wealth and power from the rich to the poor and tackle the great problems of the 21st century, writes Andrea Grainger

Chief among those problems is climate change and other forms of ecological devastation. During this year’s Labour conference the party released a new paper; The Green Transformation [1], laying out labours solutions for these problems.

Underlying Labour’s plans is their new industrial strategy, with £250 billion of spending over the next ten years. This pays for programmes to insulate Britain’s housing stock, electrify and expand our railways, plant millions of trees, build renewable power stations, and establish science and innovation funds to develop sustainable farming techniques. At conference, Jeremy Corbyn promised to create 400,000 new green jobs.’

Labour combines this green strategy with steps towards a more democratic and decentralised economy, particularly through the nationalisation of the railways and water services, and the creation of locally owned energy networks.

Labour is also supporting the young, and small businesses, with support for small-scale fishing and free bus passes for under 25s. This expands on their commitment in the last manifesto to reintroduce the agricultural wages board and to support small farmers against big supermarkets.

In terms of the party’s foreign policy they are promising to divest foreign aid from fossil fuel projects and to support a green transition in poorer countries.

Labour’s climate change plan commits them to aiming for not more than 1.5 degrees warming, and cutting carbon emissions by 2050 to zero, as strongly urged by the recent IPCC report.

Labour industrial strategy, while a significant improvement, is still limited by a mistaken view of public finances which came from the right and has become mainstream. Since Milton Friedman developed his ‘monetarist’ economics in the 1970s, and former Labour Prime Minister Callaghan adopted it as Labour Party policy, Labour has never really challenged it.
Britain can afford to be spending much more than £25 billion a year, and creating many more jobs. The Campaign against Climate Change Trade Union group has developed proposals for one climate million jobs. [2]

And while Labour has plans for democratising energy, water and transport, they lack similar proposals for food. The ‘Peoples Food policy’ sets out how this might be done, through the creation and financing of local food councils, and the active participation of communities and farmers in DEFRA’s policy making. [3]

Labour’s policies for food and wildlife also lack any mention of land. Urban sprawl, land hoarding and intensive farming practices each cause significant pressure on Britain’s land, that need to be addressed with a powerful Land Value Tax.

The report mentions ‘Ending our reliance on finite resources’, but only considers fossil fuels, plastic and food waste. There is no mention of minerals and metals here, or in any other Labour report.

The party has not yet made any attempt to respond to the ‘peak minerals’ crisis that many environmentalists are trying to draw attention to. Responding to this would mean moving towards a ‘circular economy’ in resources, with large-scale investment in recycling, and eco-design regulations to force companies to develop products to last a long time, and be recyclable at the end of their life.

Beyond this, there is also no sign that Labour is taking the ecological limits to growth seriously. Many of their plans involve reducing the resource intensity of our economic activity. While this is necessary, it’s not sufficient to protect the planet. As William Jevons first pointed out one-hundred and fifty years ago [4], increasing the efficiency of resource use drives down the cost for consumers, leading to higher consumption, and faster resource depletion.

To ensure the protection of our planet, we must have hard caps on the use of certain resources. Caps on carbon emissions, caps on resource extraction, caps on deforestation and pollution levels. So far Labour has only agreed to caps on fishing, so huge space remains for our planet to continue being ruined.

On carbon emissions, Labour’s plans are relatively ambitious, but also very risky. The latest IPCC says that if all countries decarbonise at the same rate, and reach zero emissions by 2050, then we give ourselves a 50% chance of preventing 1.5 degrees temperature rise. A 50% chance of catastrophic climate change is still very high, so Britain under a Labour government should be aiming for more. And it is very likely that some countries will not meet this target, so if we are seriously committed to 1.5 degrees, britain will need to pick up the slack.

As well as a faster plan, Labour also needs a clearer long-term structure. What is going to be the enforcement mechanism moving forward? How will Labour incentivise a rapid transition, and penalise companies that fail to follow through? Labour could establish some kind of strict carbon budgeting, or introduce laws protecting the environment and punishing ecological damage. Both of these would let businesses plan ahead, and make long-term investments to decarbonise in the time allowed.

Labour’s plans are a good step forward, but are still limited to tackling the problems most known to the public, within the framework of the financial restrictions allowed by mainstream economic theory. There is need for much greater radical rethinking of economics to ensure protection of the planet. 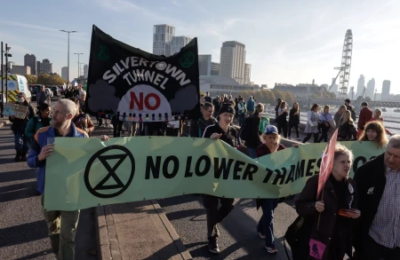