Facing the Apocalypse – Arguments for ecosocialism by Alan Thornett, Resistance Books 2019 reviewed by Hans A Bauer. This review was first published by E-International Relations in July 2019.

Eco-socialism has been a topic addressed by an increasing number of books in recent years. In Facing the Apocalypse, Alan Thornett, a former trade union activist in the British automobile industry during the 1960s and 1970s, has written a readable and engaging argument for the need to turn to eco-socialism as a strategy to mitigate climate change. He supports the Red Green Labour network, an eco-socialist current within the Labour Party.

The key motivating factor for Thornett in Facing the Apocalypse is his opinion that the left’s record on the environment has been ‘bleak’. Thornett laments that most left organizations across the world, including socialist and Marxist groups, give scant attention to the ecological crisis, often arguing that they have many other demands upon them. Thornett’s stated aim is to provoke discussion about strategies which will better enable the left to play a positive role in the current struggle to avert ecological apocalypse. He begins by covering a lot of material that will be familiar to eco-socialists, namely on planetary boundaries; water issues, agriculture, biofuel production, and urban water consumption; pollution, such as oceanic dead zones, air pollution, and plastic waste; and the 6th extinction of species, which is essential reading for leftists not as familiar with these topics.

Turning to how the left can begin to make sense of these issues, Thornett provides an excellent overview of the ecological legacy of both classical Marxism, as exemplified in the work of Marx, Engels, William Morris, and Edward Carpenter, and later leftist thinkers concerned with the ecological crisis, including Scott Nearing, Murray Bookchin, Rachel Carson, Roderick Frazier Nash, Barry Commoner, Raymond Williams and Derek Wall. Shifting to the Global South, he also discusses the indigenous struggle for environmental sustainability as highlighted by the work of Hugo Blanco in Peru, Vandana Shiva in India, and Chico Mendes and Sister Dorothy Stag in Brazil. While the term eco-socialism has only appeared over the course of the past 35 years or so, Thornett makes it clear that eco-socialism draws from a line of thinkers extending back to Marx himself.

In his analysis of the efforts that have been made to address the climate change crisis thus far, Thornett juxtaposes conventional and Global South approaches. In the case of the former, he argues that the Paris Agreement was ‘deeply flawed’ in various ways, particularly in that it ‘was based on non-legally binding pledges to reduce remissions’ (pp. 78-29). Nevertheless, while he acknowledges that the Paris Agreement operates within capitalist parameters, he maintains it provides a ‘new dynamic from which a new round (or stage) for the struggle could be launched’ (p.82). In my view this is a little too optimistic.

I tend to view the Paris Agreement as a distraction, creating the false sense that the powers-that-be now take climate change seriously. Various analysts have argued that even if all countries were to meet their voluntary reduction targets, the climate is still slated to rise by 2.7 to 3.5 degrees Celsius by 2100. As such, the Paris Agreement fails to carry on the spirit of the 2010 Peoples’ Conference on Climate Change and the Rights of Mother Earth drafted in Cochabamba, Bolivia, which was led by indigenous people and recognized the role of global capitalism in exploiting nature, thus contributing to the ecological crisis and climate change. Unfortunately, to date, there appears to be no clear indications that either the earlier People’s Conference resolutions or the 2015 Paris Agreement have significantly reversed an on-going increase in greenhouse gas emissions, let alone mount a serious challenge to the growth paradigm of global capitalism that drives this increase.

After laying his foundations by summarizing the various facets of the environmental crisis and laying out the basis for a Marxist position on ecology, Thornett moves on to assessing recent attempts that have been made to further eco-socialism as a political project. The book discusses various eco-socialist developments, but particularly focusses upon the Ecosocialist International Network (EIN), which served as the platform for an eco-socialist manifesto drafted by Michael Lowy and the late Joel Kovel in 2001. He laments that the EIN ‘has failed to make progress in recent years, and eco-socialism remains a minority position on the radical left today’ (p. 92).

Nevertheless, some European parties define themselves as eco-socialist, including the Red-Green Alliance in Denmark, the Left Bloc in Portugal, the Socialist Left Party in Norway, and the Parti de Gauche in France. From my position in Australia, I would also note that the Socialist Alliance, a small party in Australia, defines itself as eco-socialist and publishes the Green Left Weeklynewspaper. Conversely, Socialist Alternative, the largest socialist group in Australia, does not define itself as eco-socialist. Ringing true in relation to my own national experience, Thornett’s argument that too many socialists continue to ignore or at least downplay the environmental devastation created by capitalism, choosing to focus on exclusively on its exploitation of the working class, is a compelling one.

What is to be done?

Turning to the question of ‘what is to be done’ if these eco-socialist currents are to have a greater impact, Thornett draws attention to various matters that need to be urgently addressed, including the need to develop a strategy that forces capitalism to ‘make major change in the course of the long struggle for socialism’ (p. 100), whether carbon taxes can serve as a radical transitional reform, the Stalinist legacy vis-à-vis environmental degradation, and population growth, with the latter being a contested issue on the far left. While carbon taxes are in my view preferable to emissions trading schemes, thus far most countries that have implemented them, particularly the Scandinavian ones, have not established particularly high carbon prices that have resulted in significant reductions in emissions.

In his analysis of population growth, which he defines as an ecofeminist concern, Thornett argues that the ‘stabilisation of the global human populations would create a better basis on which to tackle the ecological crisis’ (p. 161-162). Any effort to reduce population growth would have to address two issues: (1) improving the overall standard of living among the poorest people in the world, which would require creating an even playing field, and reducing the wealth of the affluent sectors of both developed and developing countries and (2) empowering women and girls by challenging patriarchy on all fronts, including in religious institutions.

When considering Thornett’s emphasis on the need to address the Stalinist legacy of environmental degradation, it is clear that we must acknowledge that the Soviet bloc countries were forced to play catch-up with developed capitalist countries, particularly the United States, in the context of the Cold War. I personally witnessed this first hand during my stint as a Fulbright Lecturer in the German Democratic Republic, a country which relied on lignite coal for energy production due to short supply of alternative sources. Therefore, it is essential that those who take-on Thornett’s call to challenge Stalinist legacies take note of the much changed international context we face today.

In his concluding chapters of the book, Thornett provides an assessment of the environmental struggle in Britain. Notably he praises the progress the Labour Party has made under the leadership of Jeremy Corbyn, which has pledged support for the Paris Agreement, a new clean air act, banning fracking, renationalizing Britain’s energy system, and promoting a renewables industry with unionized labor. Hopefully, however, eco-socialists within the Labour Party can push it beyond a largely ecological modernization agenda that can be incorporated within a green capitalist framework. He appeals to the left, given the gravity of the ecological and climate crises, to ‘become far more engaged with the environmental struggle’ (p. 222). I could not agree more.

Hans A Baer is based at the at the University of Melbourne. He has published on a diversity of research topics, including Mormonism, African-American religion, socio-political life in East Germany, critical health anthropology, and Australian climate politics. Baer’s most recent books include Global Warming and the Political Ecology of Health (with Merrill Singer, Left Coast Press, 2009), Global Capitalism and Climate Change (AltaMira, 2012), Climate Politics and the Climate Movement in Australia (with Verity Burgmann, Melbourne University Press, 2012), The Anthropology of Climate Change (with Merrill Singer, Routledge, 2014; 2nd edition, 2018), Democratic Eco-Socialism as a Real Utopia (Berghahn Books, 2018). 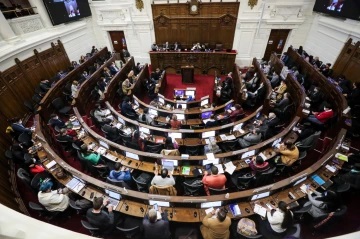 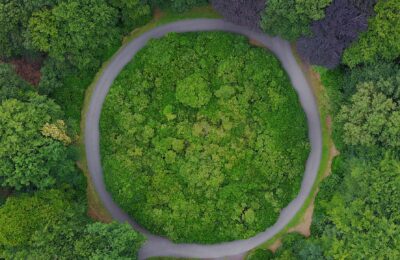