First published on the Institute for Agriculture and Trade Policy blog 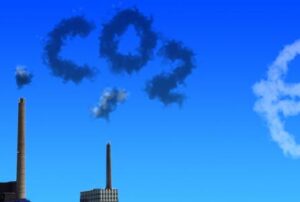 When companies seek to attract investors, they go on “road shows” to pitch their goods, services and projected Return on Investment (RoI). Mark Carney, formerly the chair of the Financial Stability Board (FSB) and the Bank of England (BoE) and since December 2019 the United Nations’ Secretary General’s Special Envoy on Climate Action and Finance, has begun a kind of digital road show that will take him to investor groups, industry associations and perhaps even to foreign government sovereign wealth funds. What Mr. Carney is selling is a private sector draft Task Force on Scaling Carbon Markets report, for which he is co-leader. IATP commented on the draft, which is scheduled for release as the final report in late January.

The day before the November 10 release of the draft report, Mr. Carney told Bloomberg TV viewers that climate change is “the biggest commercial opportunity of our time.” He was speaking of all commercial investment in renewable energy and products to reduce carbon dioxide and other greenhouse gas emissions. For example, despite the pandemic, U.S. solar power sales are expected to increase 43% in 2020 compared to 2019 sales.

Mr. Carney didn’t speak of the risk of climate change to the global financial system, as he did as chair of the BoE and of the FSB, an intergovernmental organization charged with preventing such risks. In our responses to the Task Force’s survey questions about the report, we outlined some of those risks. One risk is the opportunity cost of increasing the scale of emissions trading “15-fold by 2030” (p. 7) in markets that are largely self-regulated and in important aspects, still unregulated, 10 years after deregulation nearly bankrupted many of the world’s largest banks. Investment in emissions trading diverts capital flows that could be invested to reduce emissions directly.

Road shows usually come with “exhibits,” visual representations of how products, services, or in the case of the draft Task Force report, how trading emissions offset credits are supposed to work. Exhibit 31 (p. 72 of the 98 page report) addresses “Market Integrity Concerns Across the Value Chain,” including fraud and money laundering, which have plagued emission credit trading since its inception in 1997. The Task force proposes the supply of projects whose certified offset emissions reductions provide the credits to be traded globally: “Twenty countries account for the majority of potential supply of natural climate solutions; these countries are led by Indonesia, Brazil, the Democratic Republic of Congo, Peru, and Bolivia.” (p. 50) A major challenge for the road shows is to convince the governments of these countries that emission trading will bring them a high RoI for each project permitted in their countries, although they have little control over the prices of credits to be traded predominantly by U.S. and European financial institutions.

The Task Force proposes to resolve the “market integrity concerns” by using digital ledger technology (DLT), such as Blockchain, to exclude unscrupulous market participants and ensure that emissions contracts cannot be hacked. The Task Force members, including some of the world’s largest banks and their fossil fuel clients, will encourage emissions trading brokers and trading platforms to perform Anti-Money Laundering and Know Your Client checks before allowing market participants to trade or allowing brokers to put new emissions trading products into the market.

Exhibit 31 also acknowledges “excessive speculation” as a risk to carbon market integrity but has no proposals to limit or prevent the risk. IATP wrote on October 26 that the Commodity Futures Trading Commission (CFTC)’s final position rule is unlikely to prevent excessive speculation on physical commodity derivatives, including agricultural and energy commodities.

Even that speed bump is absent in these proposals, as there are no position limits in the voluntary markets they propose. The Task Force proposes principles to limit the use of offset contracts by emitting companies to claim emissions reductions, but adherence to the principles is voluntary. One financial speculator held a 25% position in the West Texas Intermediate (WTI) crude oil contract when its price collapsed on April 20. But investors understood the underlying asset and were happy to pay less than nothing to buy positions in the volatile contract. The WTI contract price rebounded more than $55/barrel on April 21 because investors understand the oil market. Would investors jump back into the Brazilian rainforest offset contract, when the underlying offset projects were found to misrepresent emissions reductions claimed in the credits and the value of the Brazilian offset credits plunged?

One failed emissions offset project and/or the price collapse of a carbon contract does not pose widespread financial system risk. However, if several contracts are bundled into commodity index funds (CIFs), held by pension funds, endowments and trillion-dollar asset managers, such as Blackrock, emissions price shocks and losses could be very large and widespread geographically. There are no financial speculator position limits on CIFs, so carbon CIF investments could become a large asset class very quickly, even in the absence of legislation to require trading to be done on regulated markets. If the “fungibility” of the contracts urged by the Task Force includes not just emissions offset contract trading everywhere in the world, but also the use of these projects as collateral for other financial transactions, e.g., to get an agricultural loan, the collapse in the value of the underlying offset projects could trigger a cascade of defaults among the counterparties to those contracts.

What would cause a collapse in the value of the underlying asset? As we wrote to the Task Force, IATP has opposed, most recently in November, land-based offset projects for a number of reasons. Exhibit 31 obliquely recognizes some of these reasons as market integrity risks: “Quality of supply (ESG [Environmental Social Governance] considerations, additionality/permanence.” GHG emissions sequestered in soil are not only impermanent but it is also very difficult to standardize the amount of impermanence across soil types, soil depths, topography, erosion and land use. Traditional commodity futures contracts are relatively easy to standardize. Estimating the additionality of emissions avoided by not deforesting the project area is fraught with imprecision, when not fraud. “ESG considerations” could include the land tenure, food security and human rights violations that occur when land is taken, even with the help of new laws, for offset projects.

The Task Force proposes that improvements in terrestrial digital sensors and remote satellite sensing will resolve the problems of emission sequestration impermanence and additionality. The problem of harmonizing different emissions credit standards will be solved by unique project identifiers that can standardized for use by DLT. After 2030, the Task Force counts on Bio-energy Carbon Capture and Storage (BECCS) and Direct Air Carbon Capture technologies to remove and permanently store emissions. (p. 22) Neither technology has been tested successfully even at the pilot stage. Even if BECCS is technologically feasible, the land mass required to achieve projected emissions removals could displace food production and increase food prices to politically destabilizing levels.

But the Task Force has many non-technological problems to solve during the road shows leading to the United Nations Framework Convention on Climate Change’s 26th Conference of the Parties (COP 26) scheduled to be held in Glasgow, Scotland at the end of 2021. The Task Force and its government supporters will have to convince COP 26 delegates that only by allowing international offset credits to be including in Nationally Determined Contributions to emissions mitigation will private capital be loaned to developing countries on favorable terms (“structured finance”). Notwithstanding developing country government needs for convertible currencies, such dollars, euros, yen and, increasingly, renminbi, delegates may not be convinced that the Task Force project is the best deal they are going to get.

Emissions trading does not reduce emissions absolutely: it transfers price and legal risk among market participants. Corporations may or may not use those temporary risk transfers to buy time for direct investments that may reduce emissions absolutely to prevent the onset of irreversible climate tipping points that scientists estimate will begin in 10 years under current trends. 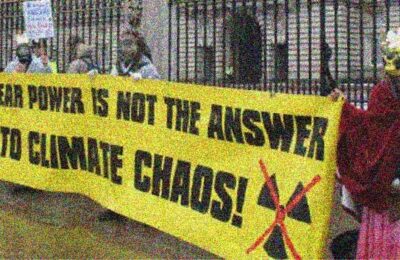