The great strides in Labour environmental policy over the past few years were largely driven by the concerns of younger activists- both the new members who came into the party as part of the Corbyn surge and the exemplary work of the school students Climate Strike / Fridays For the Future and other movements.

It is heartening to see that spirit continue in the opposition to new coal mining activities in Cumbria. Labour must throw its full weight behind the movement against continued fossil fuel extraction.

Coal Action Network
Young activists have added their voices to the call to stop a controversial new coking coal mine in Cumbria.

Young activists are adding their voices to the call to stop a new coal mine in Cumbria.

More than 70 teenagers and young people have joined 111,475 signatories in demanding that the UK Government takes action against a new coking coal mine.

Elijah McKenzie-Jackson, 17, handed in the petition accompanied by photos of young people with placards reading, “Nothing neutral about new coal”.

Coking coal is an ingredient in steel making when blast furnaces are used, but alternative production techniques exist.

Cumbria County Council has twice approved the proposal, but Robert Jenrick, the secretary of state for Housing, Communities and Local Government could examine the proposal and decide himself.

Lord Deben, the  chair of the Climate Change Committee wrote to Jenrick, and said: “Coking coal use in steelmaking could be displaced completely by 2035, using a combination of hydrogen direct reduction and electric arc furnace technology to meet our recommendation that UK ore-based steelmaking be near-zero emissions by 2035.”

Dr James Hansen, the eminent climate scientist joined academic experts, more than 70 NGOs, and 111,475 members of the public in asking the government to stop this mine.

Local teen, Isabella Bridgman, 16, from Cockermouth in Cumbria participated in the youth photo-demonstration.

She said: “West Cumbria deserves better than a polluting mine whose existence is unsustainable in the long term due to the UK governments commitment to reaching net-zero carbon by 2050.”

The day after the youth photo-demonstration and petition hand-in, Cumbria County Council said it would review its decision to allow the mine, due to the government’s Climate Change Committee December 2020 report containing recommendations for the Sixth Carbon Budget.

The Report sets out “the volume of greenhouse gases the UK can emit during the period 2033-2037.”

The impact of this mine would be global.

Jahnavee Palsodkar, 18, from India, features in the petition’s film. She said: “The decision makers are disregarding the plight of the people of the global south due to the menace of climate change.

“It is extremely inhumane to advocate for a project that will devastate the life of so many from the global south. Concrete climate policy is shown through action, not words.”

The UK Government has said that the steel industry needs to decarbonise by 2035, ten years after the last coal fired power station is legislated to close.

Emissions are greatly reduced when these methods are used. If this happens British Steel’s Scunthorpe steel works would be the only major UK steel works using coal.

Cumbria County Council has accepted West Cumbria Mining’s assertion that starting a new coal mine could be carbon neutral.

At present, the coking coal burned in the UK is predominantly imported from the USA and Russia, with smaller amounts from Australia.

The company claims reducing transport emissions by using UK coal, instead of importing it from overseas, would make the mine carbon neutral.

But this only works if the same amount of coal at another mine stays in the ground and there is no evidence that this will happen.

Here is a short video explaining why a new mine will increase the quantity of coking coal used by steel works when what we need is to stop using coal as part of urgent steel decarbonisation.

In reality, the more coal we mine, the more we use – so emissions increase. Professor Paul Ekins, an expert in economics from University College London, has argued that the claim the mine would be carbon neutral is “nonsense”.

Young people in this video held placards reading, “Nothing neutral about new coal”. This shows that the public are sceptical of coal company’s claims.

We need to stop importing coal for steel works and power stations. This is not because of transport emissions, which are tiny by comparison to those released from coal consumption.

The environmental and social impacts of coal mining on local people and ecology are severe.

It’s unreasonable and cruel to inflict the damage of mega-mining onto indigenous and settled communities.

These mega-mines include those in Colombia and the Kuzbass region of Siberia, continually expanded to power Western interests.

Coal mines extracting coking coal for steel making and thermal coal for power stations in Europe surround the indigenous Shor village of Chuvashka and many like it.

There the river that used to provide drinking water and bathing runs black with coal dust; people are no longer able to grow their own food and are dying of cancers. Sadly, this story isn’t unique.

In Australia water-starved regions are heavily mined for coking coal, and the rights of indigenous people are entirely ignored.

We don’t need to open coal mines in the UK or Europe to stand in solidarity with these people.

We need to close all the coal mines globally and move rapidly away from technology which relies on coal and produces vast emissions.

Decarbonising the steel sector is an act of solidarity with coal and climate change affected people globally. The first step in this direction is for decision makers should be stopping this proposal.

Anne Harris is a campaigner with the Coal Action Network, she co-authored Ditch Coal (2016) which looks at the mining impacts of the UK’s addiction to coal, and has been active against coal in the UK since 2008. She can be contacted on info@coalaction.org.uk. 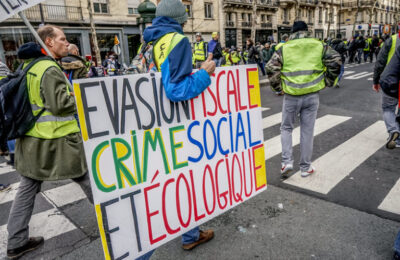 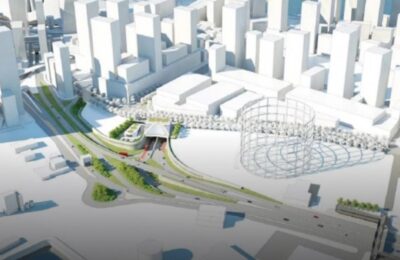