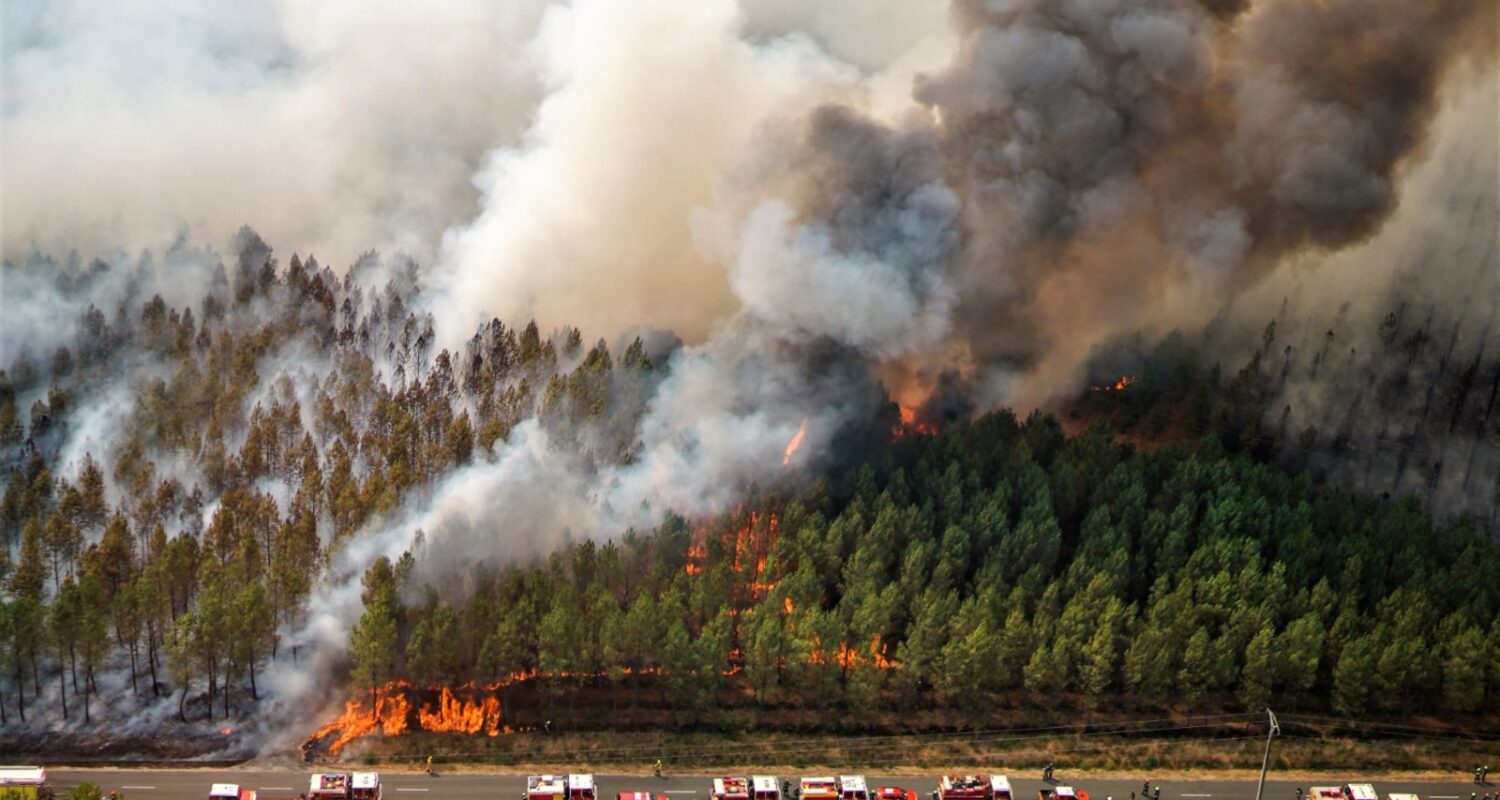 Via the Daily Maverick. 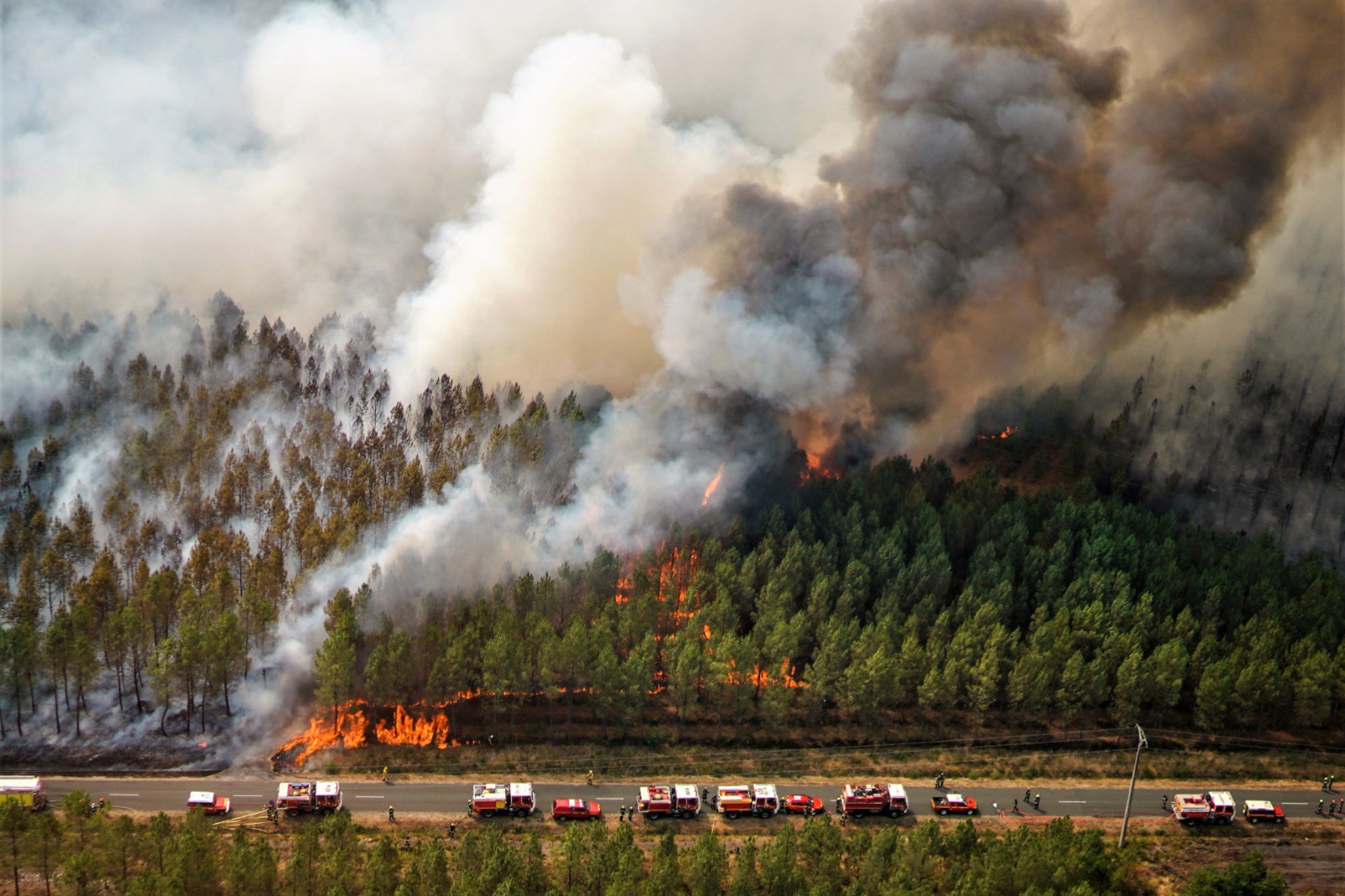 An aerial view of firemen fighting a forest fire in Saint Magne, in the Gironde region of southwestern France, 12 August 2022. Southwestern France is facing a second wave of wildfires due to high temperatures and unfavorable weather conditions. According to SDIS33, the fire, which broke out on 09 August afternoon in Saint-Magne, has already burned 7,400 hectares of forest. Some 1,100 firefighters are engaged supported by reinforcements from Germany, Romania and Greece, the fire department added.

Ongoing wildfires in France have already released record amounts of carbon into the atmosphere, new satellite data has shown.

The fires, which have burned large parts of the southwestern Gironde region, unleashed nearly 1 million metric tonnes of carbon from June to August, according to the European Union’s Copernicus Atmospheric Monitoring Service (CAMS).

That is roughly equal to the yearly carbon dioxide emissions from 790,000 cars.

In the past two decades, France has averaged around 300,000 tonnes of annual carbon emissions from fires.

The only year that has come close to this summer’s record for France is 2003 — coincidentally the same year that satellite monitoring began. Intense summer heat and dry conditions then saw about 650,000 metric tonnes of carbon released from June to August wildfires.

Emissions data from southwestern Europe offers a “reflection of the size and persistence of the fires,” said Mark Parrington, a senior scientist at CAMS. This, he added, is tied to the region’s plants and trees becoming more flammable under “long-standing drier and warmer conditions”.

More than 60,000 hectares (230 square miles) have burned so far in France this year, six times the full-year average from 2006 to 2021, according to data from European Forest Fire Information System.

While France’s emissions are “fairly negligible” when it comes to global wildfire emissions, said Parrington, the fires have a big impact on regional air quality.

Recent satellite images show a huge smoke plume unfurling into the Bay of Biscay. In addition to carbon, wildfires release other pollutants like Particulate Matter 2.5 which can make people sick.

Smoky conditions have also been found to reduce solar energy output, in some cases by nearly half. That is because tiny airborne particles from fires can prevent the sun’s energy from reaching panels.