Civil society groups around the world are calling for a global day of action on the climate catastrophe, to urge governments to cut greenhouse gas emissions and shift to a low-carbon economy.

The day of action will take place on Saturday 12 November, at the mid-point of the Cop27 UN climate talks, which run from 6 to 18 November in Sharm el-Sheikh, hosted by the Egyptian government.

The Cop27 coalition, which campaigners are invited to join, will call for an end to fossil fuel expansion and for help for the poor and vulnerable who are most affected by the climate crisis. They will set up people’s forums for grassroots-level activism, and call for marches and protests by millions of people to put pressure on the 196 global governments expected to gather for the Cop27 talks.

Ubrei-Joe Maimoni Mariere, a climate justice and energy project coordinator at Friends of the Earth Africa, part of the coalition, said: “We must use this opportunity to demand climate justice and solidarity for Africa and the global south. To stop the climate crisis and bring energy justice to the world, we need a rapid phase-out of fossil fuels, and a just and feminist and equitable transition to community-based renewable energy systems. We demand public climate finance in the form of grants (not loans) and technology transfer to help support the transition for our peoples.”

Egypt has said civil society groups will be able to participate in the Cop27 talks and organise demonstrations at the venue, but the right to protest is heavily curbed under the government of president Abdel Fattah al-Sisi.

Campaigners fear their voices will not be heard, and are calling for multiple protests and actions around the world to show the strength of public opinion on the issue, and put pressure on key countries.

Mohamed Adow, the director of the thinktank Power Shift Africa, said: “The Cop27 coalition is a space for Africans to take back control of our collective future. Civil society representing hundreds of organisations of millions of people across the continent are stepping up to show what an Africa that puts communities and wellbeing at the centre of its priorities could look like.”

The prospects for Cop27 are uncertain, owing to the geopolitical upheavals and crises since nations last met, for the Cop26 summit in Glasgow last November. There, all countries agreed to focus on limiting global temperature increases to 1.5C above pre-industrial levels, beyond which many of the effects of the climate crisis will become catastrophic and some irreversible.

Since then, Russia’s invasion of Ukraine has provoked an energy crisis that has sent the gas price soaring, while food prices have also risen sharply, and developed and developing countries are facing a cost of living crunch.

China and the US, which announced a landmark cooperative agreement on the climate at Cop26, are now at loggerheads over Taiwan. Populist rightwing leaders in some countries hope to delay action on the climate crisis, and soaring energy prices have delivered a bonanza to fossil fuels that has strengthened their industry.

The Cop27 coalition called on developing countries to “decolonise” economic growth, by adopting renewable energy and low-carbon technology. The coalition called for a just transition for workers and communities dependent on fossil fuels, and for governments to prioritise public health, food sovereignty, agroecology and decent living conditions.

Tasneem Essop, the executive director of Climate Action Network International, said: “Cop27 being held on African soil represents a critical opportunity to secure climate justice for peoples and communities vulnerable to and least responsible for the climate catastrophe. Africans and peoples in the global south are suffering from the devastating impacts of climate change, from flooding, heatwaves, drought resulting in food, water and energy security.” 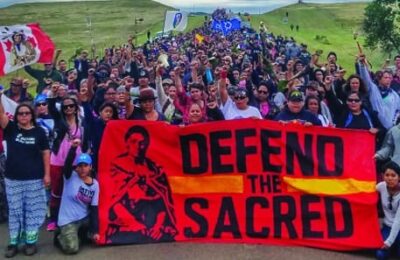