On 20 September, the Welsh Government introduced the snappily titled Environmental Protection (Single-use Plastic Products) (Wales) Bill to the Sennedd. This delivers the commitment in its Programme for Government published in June 2021, to abolish the use of the more commonly littered single use plastics products in Wales. When the the Bill becomes law early next year it will give local authorities powers to enforce a ban on the supply of a list of widely used items for which reusable alternatives are already available. It will also empower the Minister for Climate Change, with the approval of the Sennedd, to add additional classes of products to the banned list as time goes on.

Unusually, the Bill has actually been toughened up as a result of the consultation process that preceded its publication. Initially it was proposed to ban the same products that have been banned in Scotland since 1 June: plastic cutlery, plates, straws, beverage stirrers, balloon sticks and food containers, cups and lids made of expanded polystyrene. However, two important additions have been made – thin plastic single-use carrier bags and all products made of ‘oxo-degradable’ plastic.

The addition of these two classes of product is a significant step forward. The threat of single use plastic bags is well known. Flimsy plastic bags (defined as up to 49 microns for the purposes of the Bill) start out as fossil fuels and end up as deadly waste in landfills and the ocean. However, just as important but less well known is the threat from ‘oxo-degradable ’plastics. These products, in both film extrusion and injection moulding applications, have bio-additives (such as starch) added to traditional plastic (such as PP, PE, PS, etc.) and are often falsely marketed as compostable and biodegradable, while they have been designed to merely degrade by oxidation. These oxo-degradable products are often more damaging to the environment than traditional plastics because they are only degradable, not biodegradable or compostable, and after the bio-additives have broken down traditional plastics remain. Even if the small pieces are microscopic, the plastic still exists and can easily enter the environment.

Oxo-degradable plastics have been banned by the European Commission, through the European Single-Use Plastics Directive, which the UK voted in support of. However, this is one of the few environmental frameworks not transposed into UK law as part of the Brexit withdrawal. There are concerns that industry lobbyists have consistently sought to greenwash oxo-degradable plastics by promoting their alleged environmental benefits and as recently as 2020 the British Standards Institution (BSI), drafted a new specification to support the sale of these materials.

However, not everything is a rosy as it might first appear. When the Bill is passed by the Sennedd, the sale and distribution of a large proportion of single use plastic products will be banned in both Wales and Scotland, but not – yet at any rate – in England. The United Kingdom Internal Market Act 2020 was put on the statute book in order to prevent situations like this occurring without the express approval of the Westminster Government, so both the Scottish and Welsh Governments have had to go caps in hand to get permission for a derogation in their respective nations.

The Internal Market Act aims to prevent trade barriers arising within the United Kingdom as a consequence of leaving the EU. It puts ‘frictionless economic exchange’ before all other aims of public policy and takes back powers that have been devolved to Wales, the North of Ireland and Scotland for 20 years. While the Act continues to allow each devolved government to set its own regulations, these rules can’t be applied to goods and services from other parts of the UK, ensuring that when goods and services can be legally sold in one part of the UK, they can legally be sold in all other parts too. To introduce legally enforceable measures to strengthen environmental safeguards, like the single use plastics ban, within their own jurisdictions, each of the three devolved governments have to get the approval for a derogation from the Act. Given the free market fundamentalism of the Truss administration, its contempt for the needs of the environment and the Tories’ increasing hostility to almost any aspect of devolution, it’s very unlikely that the devolved governments will be able to get many – or any – similar concessions in the future.

And it gets worse. The Act gives Westminster the ability to directly spend on projects within Scotland, Wales and the North of Ireland, even if those policy areas, such as transport and the environment, are devolved to those governments. This means, for example, that the Tories could attempt to build the long proposed, and environmentally disastrous, M4 relief road in south Wales that was definitively stopped by the Welsh Government three year ago – and that is what precisely what Truss promised to do during the Tory leadership hustings in Cardiff a few weeks ago. 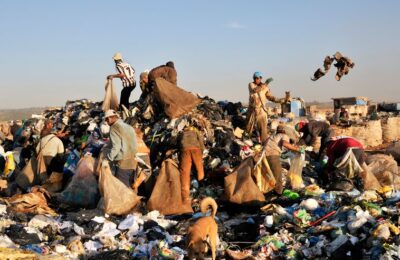