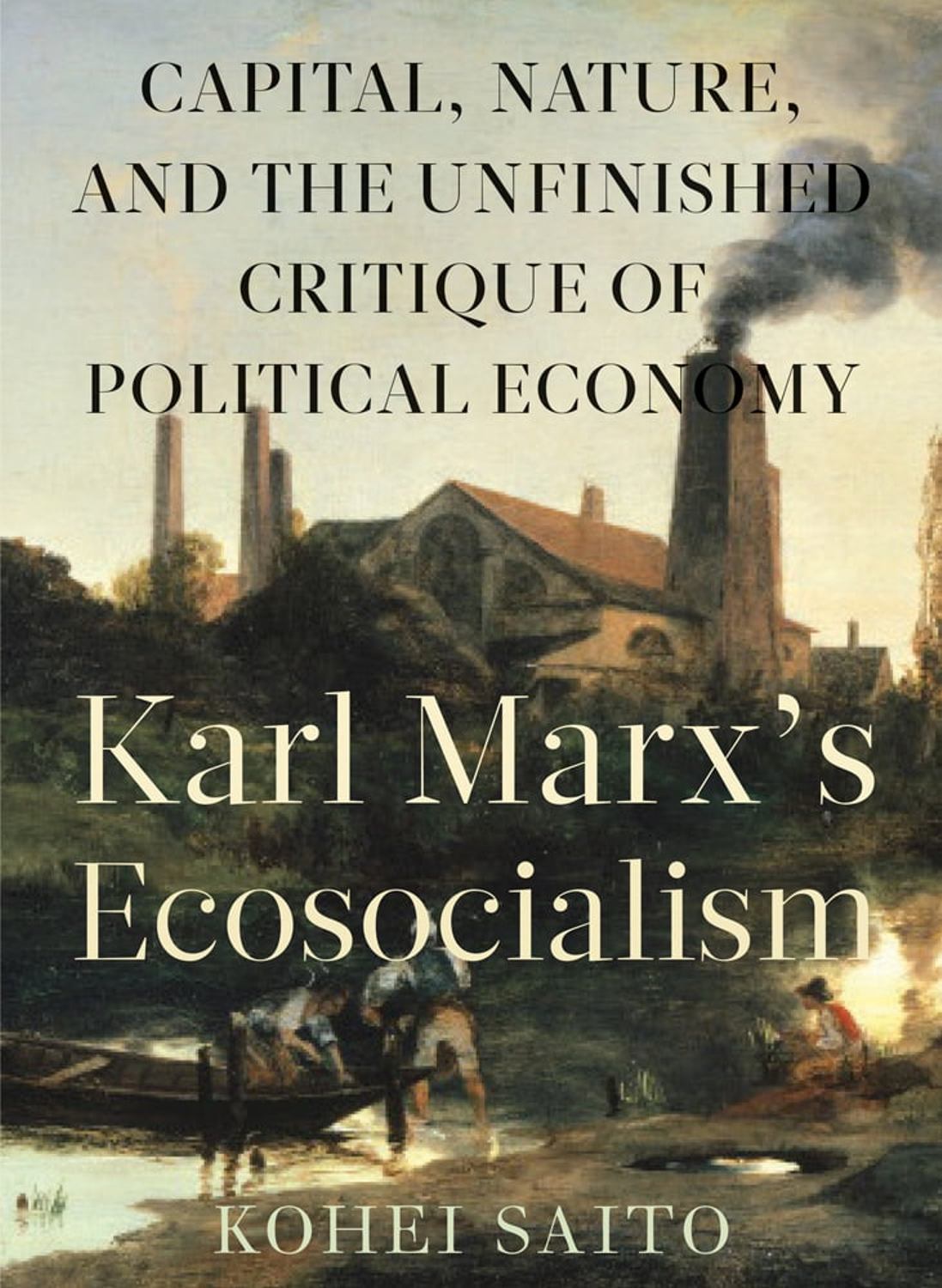 This exceptionally clear and well-researched book is based on Saito’s dissertation, originally in German, and incorporates the results of his study of as-yet unpublished manuscripts and excerpt notebooks compiled during the last fifteen years of Marx’s life. Saito’s approach is closely aligned with that of Paul Burkett, John Bellamy Foster and their associates (Burkett 1988, Foster et al. 2010), well-known advocates of a view of Marx as an ecological thinker, who developed the concept of ‘metabolic rift’ to explain the contradictions between capitalism and external nature.

Saito uses the results of his own research to strengthen and extend the claims made by those writers. His key argument is that his predecessors in the ‘metabolic rift’ school of thought were able to demonstrate Marx’s ecological critique only through occasional passages of text. Saito’s research into Marx’s later writings, and, most especially, unpublished notebooks reveals the developing pattern of his reading of contemporary natural science, especially agronomy. Ecology was always central to Marx’s thinking, Saito argues, it was integral to his critique of political economy, and was understood by Marx as ‘the’ contradiction of the capitalist mode of production.

It might be necessary to set Saito’s important contribution in the context of the fairly arcane and technical debates among rival positions on Marx’s work and its relation to our own current attempts to understand the connections between socialism and ecology. First, there is a very widespread and long-standing interpretation of Marx’s view of history (shared by both admirers and opponents of Marx) that sees ‘progress’ as the long-run development of human productive powers and growing mastery of the forces of nature.

Capitalism is the culmination of this process, but also reaches its limits, resulting in its own self-destruction, to be followed by a communist future in which all are able to share in the abundance of wealth inherited from the advances of previous epochs. This is referred to by Saito and his associates as the ‘Promethian’ reading of Marx. They attribute this Promethean interpretation of Marx to other eco-socialists, who they refer to as ‘first stage’, by contrast with their own ‘second stage’ eco-socialism, which draws on an alternative reading of Marx as already an ecological critic of capitalism. For these ‘second stage’ eco-socialists, Marx can be drawn upon without critical revision as providing key concepts, and the methodological principles for addressing our own ecological crisis.

Saito’s Introduction sharply opposes his reading of Marx to what he sees as ‘stereotypical’ versions of Marx’s Promethianism, and dismissals of Marx’s value for ecological politics that he takes to have been general among ‘first stage’ eco-socialists. It might be argued that his dismissal of them is itself somewhat stereotypical – see later. Chapter 1 focusses on Marx’s 1844 Manuscripts and shows that Marx was already putting the human relation to nature at the centre of his thinking, ‘alienation’ being rooted in a specifically modern separation of humans from nature.

However, the political economic aspects of the manuscripts are subsumed under a Feuerbachian philosophy which Marx quickly comes to abandon in favour of analysis of the dynamics of capitalism. Here, as chapter 2 explains, Marx continues to develop the key ‘formal’ concepts of political economy – abstract labour, value, capital, commodity, but always in recognition of the need to consider them in relation to the material processes and interactions involved in concrete labour processes and the production of use values.

In the Grundrisse and then in Capital itself, the key concept through which Marx designates this material dimension of capitalist political economy is ‘stoffwechsel ’, or ‘metabolism’. Saito points out that this concept, originally belonging to physiology, was widely used in Germany in the 19th century in a wider sense to characterise the interaction between living things and their material environments both at the level of individuals and species. Marx’s version of it was strongly influenced by Liebig (as already shown by Burkett and Foster), but Saito argues Marx develops the idea in a distinctive way – for instance in distinguishing the different reproductive rates of fixed and circulating capital.

This metabolic interaction between economic dynamics and the forces of nature is necessarily disrupted as capital accumulation meets material obstacles (from nature and labour) which it strives to overcome by ever-advancing technological domination. In doing so, however, it becomes mired in ever deeper and wider contradictions. However, thus far the analysis just shows the germ of a contradiction between capital accumulation and the forces of nature.

Saito’s reading of Capital is that it provides the systematic analysis of the concrete character of this contradiction. Chapter 3 provides this analysis, which is based on a hitherto little-known Japanese interpretation of ‘abstract labour’ as not merely a social relation, but also as having material substance as an expression of the physiologically limited labour time available to any society.

On this interpretation, the drive for capital accumulation without limit predominates over, and cannot adequately take account of, the ‘concrete’ labour processes, materials and conditions upon which it depends. This necessarily results in exhaustion and degradation of the labour force and soil, as well as the living and non-living beings and processes that are drawn upon in the expansionary dynamic. Saito argues that the chapters in Capital on the working day and machinery and large-scale industry are places where Marx develops his analysis of the metabolism of capital and nature, but these have been over-looked by most commentators as of little theoretical interest.

Part two of the book, chapters 4 to 7, contains Saito’s distinctive contribution. Here he concedes that until the early to mid-1860’s Marx rejected the view of Ricardo, Malthus and others that investment in agriculture necessarily faces diminishing returns. Malthus had originally argued that the tendency of population to increase would always outstrip increments in agricultural productivity, making premature death from the ‘positive checks’ of disease and poverty inevitable. Though Malthus later moderated this view, both Marx and Engels continued to oppose its key premise, arguing that the potential for increasing agricultural productivity through scientific and technical progress was unlimited.

Saito shows that Marx’s reading of Leibig’s Agricultural Chemistry enabled him to recognise declining soil fertility, not as a general fact of nature, but, instead, as a result of the specifically capitalist form of division between town and country. This results in disruption of the cycles of soil nutrients, as the waste products of consumption are not returned to the soil, but cause disease and pollution in the urban centres. This can only be offset under capitalism by the application of artificial fertilizer, which not only increases costs, but leads to an escalating and ultimately unsuccessful scramble for material resources across the globe.

Saito’s study of the notebooks compiled during the last 15 years of Marx’s life brings to light his intense engagement with agricultural science, geology and botany, so that from 1868 onwards he had become acquainted with critics of Leibig’s emphasis on inorganic nutrients, and in particular had become influenced by Fraas’s discussion of the role of climate, in the shape of warmth and moisture in the soil. This led him to an appreciation of the combined effects of deforestation through industrial development and intensive cultivation on local climates, and the reciprocal impact of climatic change on agriculture.

So, Marx was increasingly building a recognition of what we can now call ecology into his critical analysis of capitalism as a system whose inherent tendency is to disrupt its own naturally given and human-social conditions. There are passages in which Marx writes of the unsustainability of capitalism’s system of ‘robbery agriculture’ and calls for the rational regulation by the associated producers of human metabolism with the earth from the standpoint of the ‘chain of generations’.

This is a remarkable book which makes its case. I have just a couple of reservations. One is that Saito’s generosity in his reading of Marx is not extended to his reading of the so-called ‘first stage eco-socialists’. His own reading of Marx finds much in the latter’s writing up to the mid-1860s to justify the Promethean reading which he condemns. At the same time, his reading of his opponents is over-generalised and one-sided.

The late James O’Connor, for example, combined a critical relationship to some aspects of Marx with his development of the important concept of a ‘second contradiction’, which has much in common substantively with the position Saito develops out of his reading of the later Marx (O’Connor 1988). Saito criticises my own work for accusing Marx of a Promethean ‘flight from recognition of natural limits’. In fact my argument was that despite the evidence for an un-ecological reading of Marx, there was also a basis for an ecological one which I endorsed: e.g. ‘…Marx quite explicitly advocates ecological sustainability as a ‘regulating law’ which would govern socialist agriculture, by contrast with its capitalist form. This complements and continues a central theme of Marx’s early writings…’ (Benton 1989:83). It is unfortunate that Saito seems to have been drawn into the rather polarising and even sectarian tendency of some in the ‘metabolic rift’ school to dismiss, rather than engage constructively with, the work of others whose analyses are often quite close to their own.

A second reservation I have is that the devotion to exegesis and defence of Marx’s political economy, while valuable in its own right, takes us only so far in thinking about the sorts of alliances that might be put together, and the transitional strategies and visions of a future sustainable and socially just society that might be feasible now. The ‘rational regulation by the associated producers of their metabolism with [the rest of] nature’ is a fine start – but maybe we need to add the material content to complement the abstract form?

None of this detracts from the standing of this book as a hugely valuable contribution to our understanding of the importance of Marx’s legacy for eco-socialist politics. It is a difficult read – but eminently worth the effort. 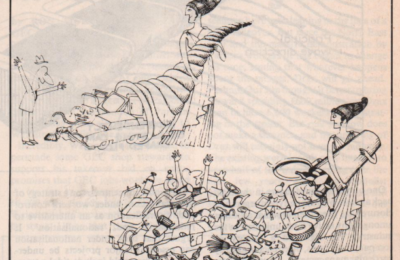