As the US Ambassador tells Britain that a post-Brexit trade deal would have to allow chlorinated chicken and hormone beef into the country, Alan Thornett reviews Farming, Food and Nature: Respecting Animals, People and the Environment, edited by Joyce D’Silva and Carol McKenna (Routledge 2018)

This book brings together 35 individual contributions that were made, or planned, at a conference entitled Extinction and Livestock organised by Compassion in World Farming (CWF) and the World Wildlife Fund (WWF) in London in 2017 in order to discuss farming and food production and its impact on the biodiversity on the planet.

It is a book that should be strongly welcomed. It looks not just at the problem of feeding the planet’s current 7.5 billion people but on the disastrous impact this is having on the biodiversity of the planet. It reflects an emerging wider debate on how to feed the population of the planet without destroying its biosphere in the process

The scale of the problems we face is outlined in the Foreword:
‘Huge areas of habitat have already been devastated for growing soya and grain to feed billions of imprisoned farm animals. Vast quantities of water is wasted in transforming vegetable to animal protein and the methane gas produced during digestion is contributing to the green-house gases that have led to climate change. Massive amounts of fossil fuel are burned to transport the grain to the animals. At the same time forests are being cut down and pasture land desertified by the grazing and browsing of sheep cattle and goats…’[i]

The book has a very strong first chapter written by a naturalist who has made a major contribution to this subject in recent years – Philip Lymbery. He is the author of two game-changing books on this subject: Farmageddon (in 2014) and Dead Zone – where the wild things were (in 2017). He is also the Chief Executive of CWF and one of the most influential writers on the food industry and its environmental impacts.

Lynbery starts with an important observation. This is that there is more than one ecological process taking place that represents an existential threat to life on the planet – and the issue of food production and consumption is one of them. He puts it this way: even if climate change were to be resolved there is another major challenge facing humanity ‘which is just as serious and with consequences that are far more permanent; and it’s on our plate’.[ii] In other words the industrialised production of and, current consumption patterns of, food. It is a situation, he argues, that is completely unsustainable.

He points out that industrialised agriculture ‘has swept the landscape in the UK, Europe, the US and beyond, leading to widespread declines in wildlife and the diversity of nature. It has also been exported across the world, not least to Asia and South America’.

The damage done, he argues, reflects two sides of factory farming. On the one hand farm animals are taken out of the fields and put into vast sheds and other forms of industrialised confinement. On the other hand feeding them is then hugely destructive. Vast tracts of land, often obtained by deforestation, along with chemical pesticides and fertilisers, are then necessary to grow the grain to feed them – grain that could be eaten directly by human beings. The green-house gasses produced by all this is one of the biggest sources of global emissions.

The most extreme consequence of this, Lynbery points out, is the creation of oceanic dead zones when these chemicals reach the oceans via the rivers – which is the subject of his book mentioned above: Dead Zone – where the wild things were.

Tony Juniper, in chapter 4, adds another dimension into the mix. This is the issue of growth – both economic growth and population growth – which he rightly agues, are both major drivers behind the ecological crisis. He points out that in the early 19th century the world population was about one billion. By the late 1920s it had doubled to two billion and then three billion by 1960. By April 2017 it went past seven and a half billion. At the same time, he adds, people on average became richer and their consumption expectations rose accordingly, including in Asia. He also points to the rapid urbanisation that is taking place across the globe often creating populations with more disposable incomes which leads to increasingly meat-based diets.

Juniper offers no solutions to either economic or population growth (on population I would argue for the empowerment of women to control their own lives and fertility) but argues (rightly in my view) that the industrialised model of food production is now ‘literally unsustainable’.[iii]

Nor is it just the land. Chapter 8 (by Krzyztof Wotjas and Natasha Boyland) takes up the growing demand for fish – both wild fish and farmed – which is no less devastating on the environment, although less obvious. Global fish consumption, they point out, has reached record levels.

Aquaculture, these writers point out, is currently growing faster than the meat production sector, with output increasing from 5 to 63 million tonnes in 30 years overtaking wild fisheries as the main source of fish for human consumption. The average consumption of fish reached 20 kg per person in 2014, which is double that of 1960 and is set to rise further. Consumption on this scale, they argue, is unsustainable and is having a heavy impact on oceanic eco-systems.

Fish farming, they point out is a very dubious alternative. Overcrowded fish are vulnerable to disease and stress. Fish are crammed into sea cages with no consideration for their need for natural behaviour. Atlantic salmon, for example is a species that travels long distances at sea and lives a solitary life as an adult.

The book is unsurprisingly strong on critique and weak on solutions, not least because it is addressing a vast problem: how to feed 7.5 billion people without destroying the planet in the process. It is clear that feeding vast quantities of grain unnecessarily to cattle when it could be eaten directly by human beings makes no sense – but what is the alternative with billions of people globally existing at starvation level or beyond? The book looks at the marketisation of food and the massive waste that is taking place as a result if it – and there is no doubt that big improvements could and must be made – but is that ultimately a solution?

Bruce Friedrich in chapter 35 on plant-based food argues that: ‘There is no reason for anyone to go to bed hungry or worry about their next meal. We can feed the whole world, but to do it we must replace the current inefficient and destructive means of producing meat. Plant-based clean meat can give everyone what they want, whilst improving our health, environment and future.’

This goes some way but is limited. There does indeed have to be a big reduction in meat consumption, without which a solution is probably not possible. And indeed, we do have to bring an end to destructive forms of food production – most importantly industrialised farming methods. But this needs a more radical approach than is taken in the book – which lacks a radical edge.

There is no mention for example of the struggle for food sovereignty or the struggles for it conducted by mass organisation such as La Via Campesina. There is no mention of land redistribution or the struggles in the global South for the right of small farmers, who still produce a half of the world’s foods, to control their own farms and be protected against the multinational companies that supply the seeds and seek to control them.

The book, however, remains a contribution to a long neglected debate and should be widely read for the contribution it makes. 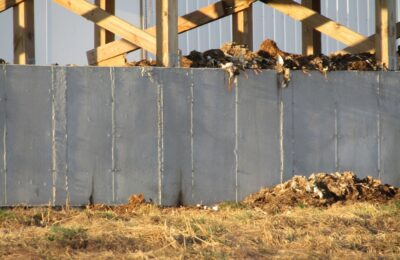