Radical action on climate change should be the many versus the few, not the young versus the old, writes Chris Saltmarsh.

The global wave of student strikes for climate action has come to the UK. We should unequivocally support these young people to have their voices heard, especially as the clock ticks in the 12-year countdown to implement measures to avoid runaway climate breakdown.

Holly Gillibrand, 13, has already instigated protests in Scotland and there are plans for a nationwide day of action on 15 February 2019. These actions come as tens of thousands of students have held similar strikes in countries across the world.

Students from Australia, Austria, Belgium, Canada, the Netherlands, Germany, Finland, Denmark, Japan, Switzerland, the UK and the United States have taken part, having been inspired by sixteen-year-old Greta Thunberg’s protests outside the Swedish Parliament.

Thunberg’s protests coincided with the World Economic Forum 2019 in Davos, where elites gather to discuss how to keep markets ‘free’. Days before, 35,000 teenagers marched in Brussels, while students in Basel and Berlin planned sit-ins.

The narrative of the student-led protests has straddled two compelling lines. Naturally, they convey a strong sense of intergenerational injustice. The protests also lay blame for climate injustice primarily at the feet of the rich and powerful.

At the demo after thousands of Australian students brought Melbourne traffic to a standstill, 11-year-old Lucie Atkin-Bolton told crowds, “When kids make a mess, adults tell us to clean it up and that’s fair. But when our leaders make a mess, they’re leaving it to us to clean up.”

Greta Thunberg challenged UN leaders telling them, “you say you love your children above all else, and yet you are stealing their future in front of their very eyes.” These are strong words that leaders need to hear. They decisively expose the hypocrisy between their moral intuitions and the consequences of their political choices.

From Davos, Thunberg told the BBC: “My message was that most emissions are caused by a few people, the very rich people, who are here in Davos.” She goes on to assign them “huge responsibility” for safeguarding future living conditions.

Holly Gillibrand of the Scotland protests recently said: “I am striking because we are running out of time. Thousands of children around the world should not be having to miss classes because of our leaders’ inability to treat the climate crisis as a crisis.”

Holly’s right. It’s indicative of the scale of climate breakdown’s injustices that children are forced to become activists. It shows how severely they’ve been let down by our current decision makers and those that have come before.

These messages show how successfully the analysis of climate change as injustice has become entrenched. It is most starkly understood by disenfranchised children that we are already enduring the impacts of climate breakdown distributed disproportionately along the lines of race and class, experienced by those who contributed least to the crisis.

When climate justice narratives focus on intergenerational injustice, we distract from some of the contemporary realities of the crisis.

When winters get colder and fuel remains expensive, its older people who die. Landgrabs driven by capital’s desire for more coal mines or the displacement of people by flooding, drought and food insecurity are all harms afflicting people disproportionately in the global South today.

As well as her more radical messaging, Thunberg says, “We need to hold the older generations accountable for the mess they have created, and expect us to live with. It is not fair that we have to pay for what they have caused.”

But “older generations” have not acted – or have failed to act – as a homogenous bloc. It is a generation of the wealthy and powerful that have inflicted climate harms on the poor and colonised of their own generation as well as the next.

The younger generation too is not homogenously righteous. Those of it who inherit capital and end up running our society are equally likely to continue the bad work of those who precede them.

We should embrace the energy brought by students taking radical action and use it to catalyse taking our wider organising to the next level. We also mustn’t lose sight of the primary antagonism in the climate crisis.

The rich are waging a class war on the poor and climate change is the symptom. It is not the older versus the young. Intergenerational solidarity is the way forward.

This Author
Chris Saltmarsh is co-director of Climate Change Campaigns at student activist network People & Planet. He tweets at @chris_saltmarsh.

Republished from The Ecologist 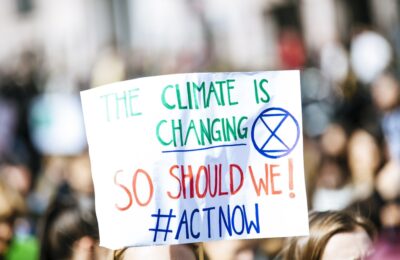