Incinerators emit huge quantities of CO2, with roughly one tonne of CO2 released for each tonne of waste incinerated.  About half of this CO2 derives from waste plastics, and of course as most plastics are derived from crude oil or natural gas. Much of the heat generated by the waste incineration process is used to generate electricity, but incineration is much less efficient than the conventional use of fossil fuels.  The UK government’s own Energy from Waste Guide states that “Typical conversion efficiency of waste fuel into usable electricity is 25% compared to >70% for natural gas to electricity in CCGT” [Combined Cycle Gas Turbine power stations]. In fact,  in terms of carbon intensity, incinerators produce the ‘dirtiest’ electricity available: while onshore wind turbines have a carbon intensity of 15 grams of CO2 per KWH, solar 42, gas 340 and coal 870, waste incinerator generated electricity has a carbon intensity of 1000.

However, many local authorities are locked into long term contracts with incineration firms  requiring them to supply a minimum of x thousand tonnes of waste a year, limiting their ability to recycle and committing them to generating millions of tonnes of excess CO2 for years to come.  For example, in 2014, Vidor, which runs 12 incineration plants across the UK, signed a 25 year contract with five South Wales local authorities committing them to supply at least 172,000 tonnes of waste to its Cardiff plant.

In total, Vidor’s Cardiff Energy Recovery Facility (ERF), the largest incineration plant in Wales, currently burns around 350,000 tonnes of waste a year – at least 95% of South Wales’ residual waste – which generates over 325,000 tonnes of CO2, along with a range of toxic particulates in its flume. But we know that up to 88% of that residual waste could be recycled or substituted, leading to a reduction of CO2 emissions of between approximately 244,000 tonnes and 286,000 tonnes a year.

Now, Vidor is proposing to build another incineration plant in Cardiff, with an additional capacity 0f 200,000 tonnes a year. Since the existing plant already consumes 95% of South Wales non recycled waste, such a development would inevitably result in the diversion of waste that is currently recycled, leading to the destruction of valuable reusable materials and a significant. increase in Welsh CO2 emissions.

This expansion of incineration capacity is being replicated throughout the UK.  As the total amount of waste reduces and we get (much too slowly) closer to achieving our recycling targets there is increasingly less ‘residual’ waste available to burn. It has been estimated that there could be around 10.4 million tonnes of what is currently regarded as ‘residual’ waste available by 2030 but we currently have 65 plants in operation or under construction with a capacity of 16.85 million tonnes, so the UK already has more incineration capacity than genuinely residual waste available to burn. Despite this, there are dozens of proposals for new incinerators in the UK which, if built, would exacerbate overcapacity and inevitably come at the expense of opportunities to improve recycling.

Much lip service has been given – even by the current government – to the idea of moving towards a more circular economy and away from our current  linear economy, which relies on extraction and processing, followed by consumption and disposal. Extraction and disposal deplete finite resources and cause environmental damage and harm the communities that depend on their extraction or are polluted by their destruction. With a circular economy the value of resources is preserved, material and nutrients that are needed to create new products are maintained, and the most is made of existing resources.  Moving away from incineration is a key element in moving towards a more circular economy because, instead of being destroyed, materials and nutrients can remain available for reuse, thereby avoiding the additional extraction of finite resources.  As the European Environment Agency said in 2016 “One of the central pillars of a circular economy is feeding materials back into the economy and avoiding waste being sent to landfill or incinerated, thereby capturing the value of the materials as far as possible and reducing losses”

While, within a few years, it is likely that we are likely be mining old landfill sites for their buried but valuable and recyclable resources, materials sent for incineration are not only lost forever but contribute to worsening the environmental and climate crisis by emitting vast amounts of CO2 and a wide range of toxic pollutants, including dioxins, NOx and ultra-fine particulate matter.

That’s why we should be campaigning for the introduction of an immediate moratorium on new waste incineration capacity and for the phasing in of an escalating incineration tax to complement the landfill tax. In 2015, the UK government set waste recycling rate targets of 50% by 2020 and 65% by 2035.  Unsurprisingly, the UK is on course to miss those targets, with only Wales hitting the 2020 target (indeed exceeding it, at 54.1%), so we should be campaigning for the implementation of municipal waste recycling targets in Scotland, the North of Ireland and England at least as ambitious as those being achieved in Wales an for the 65% target to be brought forward to 2030 at the latest. 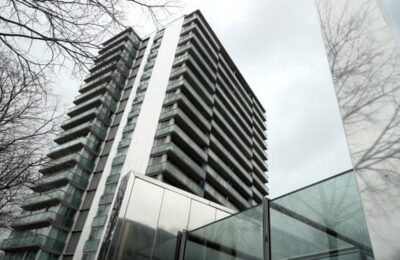 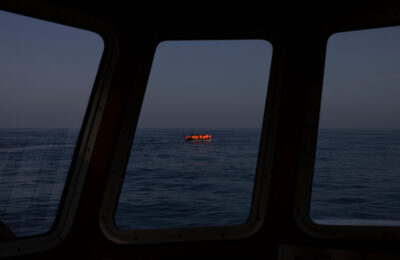