In this short but informative piece on Informed Comment Juan Cole reports on a new paper in the journal Nature-Climate Change.

Ann Arbor (Informed Comment) – A new paper in the journal Nature Climate Change has found that the human-caused climate emergency is responsible for a 20 percent drop in global agricultural productivity growth in the past 60 years.*

A. Ortiz-Bobea and colleagues write:

“The cumulative impact of ACC [anthropogenic or human-caused climate change] on global agricultural TFP [Total Factor Productivity] growth over the 1961–2020 period is about −20.8%.”

There it is in black and white. A 1/5 reduction in agricultural growth in the past sixty years because we burned coal, gasoline and natural gas for electricity, heat and transportation. We burned quite a lot of it and put billions and billions of tons of carbon dioxide, a heat-trapping gas, into the earth’s sensitive atmosphere. It was like setting off thousands of atom bombs up there. It got hot. And agriculture on the whole didn’t like it.

What is scary is that the effect of global heating is not static. Their findings suggest “that global agriculture is growing increasingly sensitive to ongoing climate change.”

And, folks, not only is food production being adversely affected by the heating of the planet, but we should remember that the heating is getting worse. Every time we drive a gasoline-powered vehicle or burn coal (still used to produce a third of electricity in my dirty state of Michigan), we are making the climate emergency worse. We can halt the advance by driving electric and pushing politicians to back wind and solar.

The bad news is that in places that were already hot, the impact of human-caused climate change was even worse than the average, up around -30 percent:

Great. Like the Middle East needs more crises. Their map also shows a tremendous negative impact on Central America and Mexico. If you want to know why there are people trying to escape from there to the US border, a part of the reason is staring us in the face.

The authors find that the climate emergency cost humanity the equivalent of all the food produced from 2013 to now. Just wiped it out. We lost 7 years worth of productivity growth.

The human population of 7.7 billion is rapidly growing and might level off at at 11 billion in 2100, according to the UN. So we’ll need nearly twice as much food 80 years from now, but the climate emergency is interfering in producing it. That’s a dangerous pincer move for humanity.

We find a robust relationship between agricultural TFP growth and weather changes… The temperature response function is roughly linear and downward sloping .., indicating that warmer temperatures over the green season are detrimental to TFP growth. We conduct two placebo checks that suggest this relationship is unlikely to arise by chance.

That’s a mouthful, but what we need to take away from it is that heating up the planet was bad for the growing season of most crops.

The climate emergency is not a catastrophe, it is a challenge. A big challenge. This new paper has shown us another dimension of the challenge. Our task is to rise that challenge. 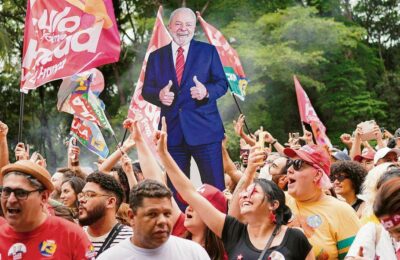