As the media gives extensive coverage to the latest Intergovernmental Panel on Climate Change report containing its stark warnings of what lies ahead, it’s difficult not to despair at the scale of the challenge we face. As a child at the end of the Cold War, I’d occasionally have vivid dreams about nuclear armageddon. Now, in the 21st Century my fears have been replaced by my children’s anxiety about the looming climate disaster, and although it sounds like a cliché, it is for all our children that we must act.

Of course the impact that an individual change of behaviour will have on climate change is minuscule, and this can encourage a ‘what is the point?’ attitude, as whatever we do on a daily basis will be dwarfed by the hourly output from a recently commissioned coal power station in somewhere like China or another road built in the UK as part of this government’s £27 billion road programme.

It is clear that while personal lifestyle changes are essential, and inevitable, the heavy lifting will need to come from governments around the world and perhaps more importantly, the corporations that have contributed to so much of the damage while reaping the benefits from the global economy.

Corporate lobbying has spread so effectively through governments across the globe, resulting in the interests of mass global polluters being prioritised over the needs of communities across the world. Further, as the success of a country is primarily viewed on the increase in value of its Gross Domestic Product, any attempt to reduce consumption will be seen as a failure, with consequences for those in power. This has meant politicians not being honest about the scale of the change that is needed. This inevitably leads to a timid approach, which tinkers around the edges of the biggest issue humankind has ever faced. Neoliberalism has become so entrenched and the values of personal freedom over community so prevalent across our media that any attempt at a controlled state-led approach is slapped down as ‘woke’ Marxism.

The perceived unpopularity and cost of the steps needed to meet carbon reductions mean that these steps become delayed, watered down and a difficult policy decision to be kicked down the road for the sake of corporate and electoral support. It seems both our economic and political systems are not set up to manage the crisis.

Much is made of the benefits of the global economy, but the impact of it means it is clearly incompatible with the fight to contain global warming to a level that won’t result in the widespread collapse of society. We need a new scale for what ‘good’ is. Unfortunately, an untethered capitalist system which relies on consumerism and whose primary concern is profit above all else, is not fit for the challenges that we face over the next 100 years and beyond. I don’t have the answer to this, but the need for a new approach is pressing. We are not looking at something that may happen, climate change is happening right now, and at an alarming pace, exceeding most climate model forecasts.

So can individuals make a difference? Absolutely! Much like one vote cast on its own won’t change the political landscape, but millions cast together do, individuals working together can exert the pressure required to make government and corporations act. The necessary steps to deal with the climate emergency are often framed as a burden, but in many ways they are an opportunity to increase our quality of life. Further, while there are those who say the cost of action is too high, delays now will only lead to higher costs further down the line.

Above all, the financial burden must be shared in an equitable way and it is essential that governments apply taxation and the costs of the improvements fairly. This means starting off with ‘the polluter pays’ principle, to ensuring that individuals and areas that can less bear the financial burden are supported. One example of this would be a ‘frequent flyer’ levy which would discourage excessive air travel, while not placing excessive burdens on the occasional traveller. The New Economics Foundation suggests a zero levy for one flight within a year with an increasing levy for subsequent flights. This will allow one holiday abroad without undue financial burden, but discourage multiple trips from an elite minority of frequent flyers who cause most of the environmental damage.

Unfortunately, the current UK government believes that we can carry on with business as usual and technology, including ‘jet zero’, will catch up to save the day, as they spend billions on roads and hope that sustainable fuel will remove aviation emissions. We can’t wait for unproven technology to come online at some point in the future, we have to act now, promoting public transport with bold policies to encourage the shift away from the car. Free public transport would be a bold and progressive step to encourage a shift away from the car, although evidence from where this has been trialled suggests that this will need to be linked to disincentives for car use. What we must avoid is a system of taxation where private transport becomes affordable only to the most well off and no viable alternative is provided for everyone else.

The current pandemic is likely to change the way we work forever, although if many of us are to work from home, at least in a blended form, then we should invest in a range of local community hubs. Otherwise we risk a ticking time-bomb of mental health issues as we retreat into a virtual world of online meeting platforms with greatly reduced face to face contact.

Communities also need to be involved in the transition to a greener way of living, both to encourage take-up of steps required to achieve the necessary reduction in greenhouse gas emissions and also to play an active part in how their local areas will adapt to and benefit from a change to a less carbon-intensive future. This community involvement is covered in depth in the ‘Institute for Public Policy Research’ document which you can read here.

A just transition to a green economy will present significant challenges as carbon-intensive industries are replaced by greener alternatives. However, as the chart above shows there is a potential for many thousands of new jobs as part of a green new deal. The pandemic has shown that we can adapt at short notice to new ways of living, but it has also shown how poorly managed change and ineffective communication can quickly result in a loss of faith in the institutions that govern our lives.

So what can Labour do? In light of the urgent requirement for success at the ballot box after more than a decade of Tory austerity and mismanagement, there are likely to be some within the Labour movement who will want to play down the extent of the changes across society that will be required, as they may be perceived as electorally unpopular. However, I believe that Labour must be bold, both in policy terms and also in communicating the reality of what needs to take place to meet the challenges ahead. The Labour Party under Starmer’s leadership has been accused of a timid approach and not setting out what Labour stands for. The climate emergency presents a huge challenge to governments in the UK and across the world. However, it is also an opportunity for Labour to set out a clear vision of how we can achieve the necessary reductions in greenhouse gases and also transform our society into one that puts people and nature before profits, and ensures that no-one is left behind in a just transition to a green economy.

I believe a major factor in the necessary steps not being taken to date has been that global warming seemed remote and something that impacts ‘other’ people. What we have seen over the last few months from the heatwave across Canada, to extreme flooding in Germany, to record temperatures in Siberia and in Italy are the effects of climate change occurring in developed countries. What seemed remote, has now become very real. We live in a beautiful world. We may not succeed in the huge challenge that is upon us, but surely we must try.

9 things you can do about climate change: https://www.imperial.ac.uk/stories/climate-action/

Aviation to consume half of UK’s 1.5C carbon budget by 2050: https://www.carbonbrief.org/analysis-aviation-to-consume-half-uk-1point5c-carbon-budget-2050

What lies ahead – and how we can stop it https://julianvaughan.blog/2019/07/13/fixing-the-climate-emergency-the-end-of-the-global-economy/

Julian Vaughan was Labour Parliamentary candidate for NE Bedfordshire in 2017 and 2019. and a Labour NEC candidate in 2020. He is a member of NE Bedfordshire CLP and ASLEF and blogs here. A slightly shorter version of this post appeared here. Twitter: @juliman66

Subscribe to the blog for email notifications of new posts 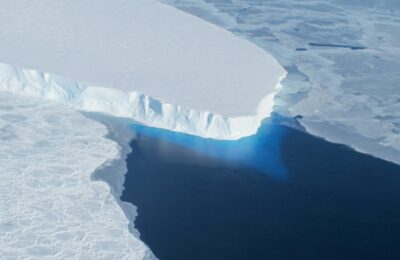 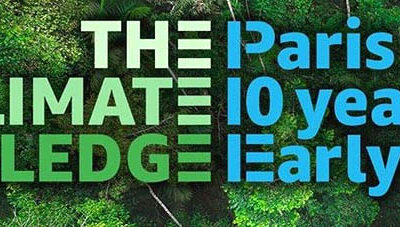