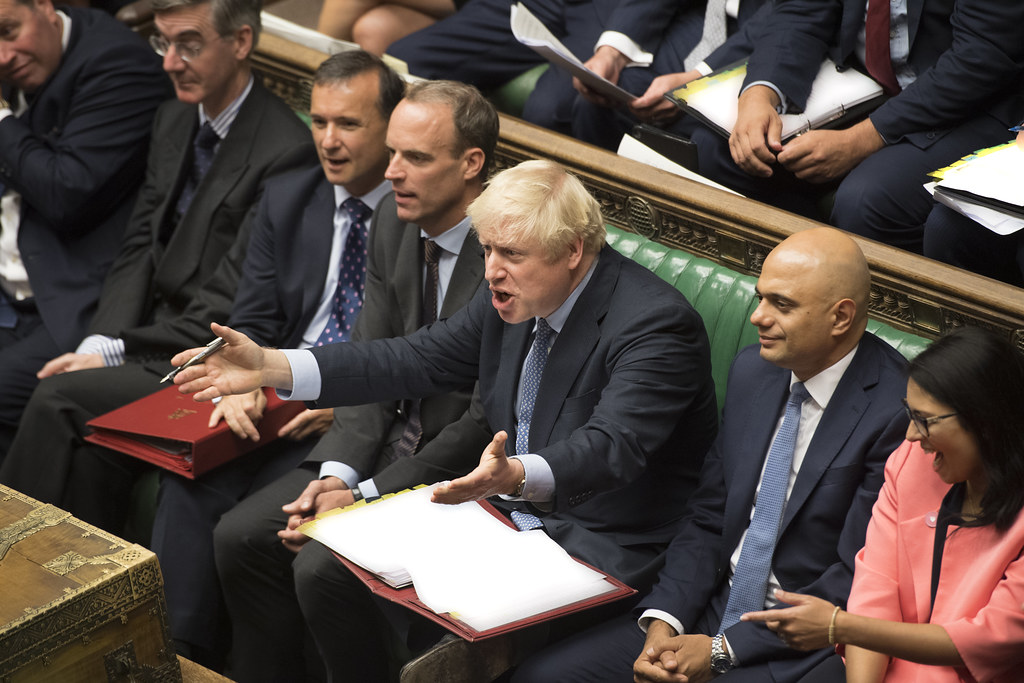 A very topical article by Freddie Daley  writing in Tribune.

From subsidies to second jobs, the interests of fossil fuel companies are intimately wrapped up with those of the British state and its representatives. We can’t fight the climate crisis until that changes.

To have a chance of preventing global heating breaching 1.5℃, which would still entail disastrous consequences for humanity, we need to see rapid reductions in the exploration and extraction of fossil fuels. By 2030, coal production needs to fall by at least 69%, oil by 31%, and gas by 28%.

Despite that, this decade is set to see 240% more coal, 57% more oil, and 71% more gas produced than is consistent with limiting heating to 1.5℃. Wealthy countries like the UK are among those that are driving this expansion, green-lighting multiple fossil fuel projects that will lock in emissions for decades and continuing to subsidise fossil fuel companies to the tune of billions.

Since the start of the industrial revolution, the British state has been entangled with the fossil fuel industry. An abundance of coal fueled Britain’s imperial and economic development, creating eye-watering amounts of wealth. Despite its relatively small population, the UK ranks 8th in terms of its historical emissions, and this does not include emissions released throughout the British Empire.

Centuries later, our atmosphere now thick with greenhouse gases, the British state is no less intertwined with fossil fuel interests. This relationship is reinforced through both formal and more opaque channels, but the results are the same: fossil fuel companies have alarming influence over policy decisions, with huge impact on the future habitability of our planet.

The most formal entanglement between the state and fossil fuel interests is subsidies. Since 2016, the year after the Paris Agreement was signed, the UK has handed over approximately £4 billion in public money to the fossil fuel industry to aid the expansion of extraction. If you include subsidies that support the consumption of fossil fuels, the figure is far higher.

Alongside subsidies are the other streams of public finance that flow to the fossil fuel industry, namely through the export credit agency, UK Export Finance (UKEF), and the CDC Group, the government’s development finance arm. The CDC’s fossil fuel portfolio is estimated to be worth at least £700 million, with around 90% of these existing investments remaining untouched by the CDC’s own Climate Change Strategy.

One of the most infamous projects supported by UKEF to the tune of nearly a billion pounds is Total’s massive gas project in Mozambique. This will lock Mozambique into fossil fuel use for decades, and the project has reportedly displaced families and exacerbated conflict. After concerted efforts by campaigners, both the CDC and UKEF have announced that they will align their investments going forward with the goals of the Paris Agreement, stemming the flow of public cash into private coffers—but loopholes remain, and many projects have already been given the go-ahead.

Indeed, the government is set to greenlight an array of new fossil fuel projects. According to Friends of the Earth, there are at least 40 new coal, oil, and gas extraction projects primed for approval before 2025. If approved, these projects would emit 1.3 billion tonnes of CO₂ equivalent—nearly three times the annual emissions of the entire country.

These developments are not solely the result of an ideological commitment to an unsustainable status quo—although that may be a factor. Indeed, the recent raft of stories on double-jobbing MPs reveals the more opaque ways in which the furthering of fossil fuel industry interests allows politicians in the country’s ruling party to personally benefit.

As Labour for a Green New Deal has pointed out, plenty of MPs are happy to line their pockets with oil-stained money. Conservative MP Daniel Kawczynski, for one, has earned a total of £250,000 providing ‘general advice’ to an American mining firm. John Hayes, the MP representing the safest Tory seat in the UK, earns around £50,000 a year from oil and petrochemical trader BB Energy.

The financial connections permeate Cabinet, too. The Secretary of State for Education, Nadhim Zahawi, has earned £1.3 million from the oil company Gulf Keystone while working as an MP, received donations from oil executives, and declared shareholdings in various oil and gas businesses. His consultancy business, Zahawi & Zahawi, boasted oil company Afren and Canadian tar sands producer Talisman as clients until 2015.

Many more Conservative MPs do well out of fossil fuel-funded donations. Since 2019, the Tory Party and its MPs have officially registered £1.3 million in gifts, donations, and all-expenses paid trips from fossil fuel interests, petrostates, and climate denial groups. It is no wonder that our government continues to delay meaningful action to address the climate crisis.

On top of direct payments, the revolving door between these corporations and government hasn’t stopped spinning for years. Greensill Capital employee and former prime minister David Cameron appointed the former CEO of BP Lord Browne as non-executive director of the Cabinet Office at a time when he was also the chair of fracking firm Cuadrilla. Browne unsurprisingly concluded that fracking was completely safe when asked to chair a committee on the matter.

More recently, the former Secretary of State for Energy and Climate Change Amber Rudd became UK chair of the recently rebranded Norwegian energy company Equinor. By 2026, just four years before humanity needs to halve global emissions to prevent more than 1.5°C of heating, Equinor plans to maintain 95% of its energy production from fossil fuels. For Equinor to be able to remain this heavily dependent on fossil fuels given the dwindling carbon budget, they will need the support of sympathetic politicians.

These relationships do not happen in a vacuum: they dictate what is deemed politically feasible, and what is not. Make no mistake, the global economy is slowly tilting towards decarbonisation—but there are still important battles to be won over how we decarbonise, the speed at which we do it, and who benefits, and outsourcing these issues to those that benefit richly from the status quo is reckless, at best.

This is particularly true in terms of the low carbon technologies that receive state funding and policy support, such as Carbon Capture and Storage (CCS) and hydrogen. Both of these are highly favoured by fossil fuel incumbents, with the likes of Shell and BP lobbying the UK government extensively to ensure hydrogen plays a part in the policy mix—but they are the fossil fuel industry’s technologies of choice precisely because they uphold they minimise disruption to their business models. Some, like CCS, actually allow fossil fuel firms to continue polluting, and there is limited evidence to show that they will work at any meaningful scale. This is ‘decarbonisation’ on their terms.

We will need new technologies to tackle emissions, and we will need to draw down carbon from the atmosphere to remedy some of the damage already done. But there needs to be some public deliberation over what technologies get backing and which don’t. There also needs to be transparency over what contribution they can feasibly make to curtailing emissions, given the dire track record of government hype and ensuing underachievement thus far, and who owns these technologies.

Politicians tangled up with climate denial and fossil fuel profits like to make out that the British public doesn’t care about the climate crisis and that these concerns are the reserve of the middle classes. But the appetite for climate action is there. Recent polling from Ipsos Mori shows that twice as many voters choose climate change and the environment over the economy as the most pressing issue facing the country—something never seen before in Britain.

To deliver climate justice, we must untangle the British state and its representatives from the interests of fossil fuel firms. This shouldn’t stop at banning MPs from moonlighting for oil and gas companies. We need to end the favourable environment for fossil fuel interests, and we need a state that is unencumbered to do this. Ending subsidies, halting the renewal of extraction licenses, and stopping projects like Cambo will make it clear that the state will no longer make life easy for fossil fuel firms and their financial backers.

As we approach a make-or-break decade for decarbonisation, we cannot afford for our political future to be decided by an industry that is fervently undermining it. To open up the possibilities, we need to rid our democracy of the stench of fossil fuels.