A first-of-its-kind “green” Shell facility in Alberta is emitting more greenhouse gases than it’s capturing, throwing into question whether taxpayers should be funding it, a new report has found.

Shell’s Quest carbon capture and storage facility captured 5 million tonnes of carbon dioxide from the hydrogen produced at its Scotford complex between 2015 and 2019. Scotford refines oil from the Alberta tar sands.

But a new report from human rights organization Global Witness found the hydrogen plant emitted 7.5 million tonnes of greenhouse gases in the same timeframe—including methane, which has 80 times the warming power of carbon during its first 20 years in the atmosphere, and accounts for about a quarter of man-made warming today.

To put that in perspective, the “climate-forward” part of the Scotford plant alone has the same carbon footprint per year as 1.2 million fuel-powered cars, Global Witness said.

“We do think Shell is misleading the public in that sense and only giving us one side of the story,” said Dominic Eagleton, who wrote the report. He said industry’s been pushing for governments to subsidize the production of fossil hydrogen (hydrogen produced from natural gas) that’s supplemented with carbon capture technology as a “climate-friendly” way forward, but the new report shows that’s not the case.

In an email, Shell said the facility was introduced to display the merits of carbon capture technology, but didn’t directly respond to the allegation that its hydrogen component emitted 7.5 million tonnes of greenhouse gases.

Doolan also said that as of today, Quest has captured 6 million tonnes of carbon, but Global Witness noted that as time passes and the facility captures more carbon, it will also emit more.

Quest is the world’s first commercial-scale carbon capture facility and one of few like it around the world today. But Global Witness’ findings throw into question whether carbon capture and storage technologies are as green as oil companies claim, or whether they amount to “greenwashing.” Lately, industry players have been saying that carbon capture technology is a key component in reaching net-zero.

“Shell has described the carbon capture facility at its Alberta plant as showing that carbon capture technology is an effective way of reducing carbon emissions, whereas our investigation shows that’s clearly not the case,” Eagleton said. “This should be a wake-up call for governments, not just in Canada, but across the world.”

Quest has already inspired a separate carbon capture project in Norway, and another large-scale project in the Alberta Scotford facility. Meanwhile, Germany announced this week that even though it’s opting to subsidize clean hydrogen, it won’t foot the bill for “blue hydrogen,” which uses fossil fuels during production and then sequesters carbon emissions using carbon capture technology (the same type of hydrogen production at Shell’s Scotford plant).

Alberta’s Ministry of Energy declined to comment because it hadn’t yet seen the report.

Meanwhile, Canada’s Ministry of Natural Resources said they were unable to comment on the report, but Joanna Sivasankaran, the press secretary for the Minister of Natural Resources, said, “Carbon capture utilization and storage is not a silver bullet to the climate crisis but it is an important tool on the pathway to reaching Canada’s ambitious climate goals and reducing emissions in many industries, including oil and gas.”

Sivasankaran noted the government is currently developing a cap on emissions for the oil and gas sector as part of Canada’s strategy to hit net-zero by 2050.

In a letter sent Wednesday to Finance Minister and Deputy Prime Minister Chrystia Freeland and other ministers, hundreds of academics and scientists urged Justin Trudeau’s government to avoid rewarding companies who use carbon capture technology.

“We are deeply concerned with the government’s proposal to introduce a new investment tax credit for carbon capture, utilization, and storage,” they wrote. “At best, it prevents some

carbon dioxide from polluting facilities from reaching the atmosphere, but it is not a negative emissions technology.”

“It will constitute a substantial new fossil fuel subsidy,” they said.

They go on to cite research that highlights the technology’s “terrible track record and limited potential” to significantly reduce emissions. By funding such efforts, often touted by Big Oil and other emitters, the government “diverts resources from proven, more cost-effective solutions,” including renewable energy, they say.

Freeland’s press secretary Adrienne Vaupshas responded by asserting that carbon capture technology is “about reducing emissions” and not intended for “enhanced oil recovery projects.” The tax credit is available for a wide-range of carbon capture projects, including blue hydrogen, Vaupshas confirmed. 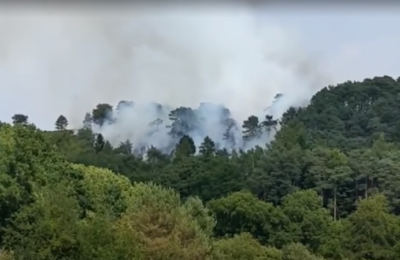 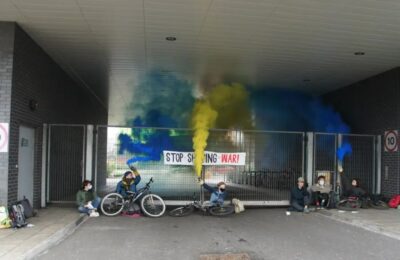