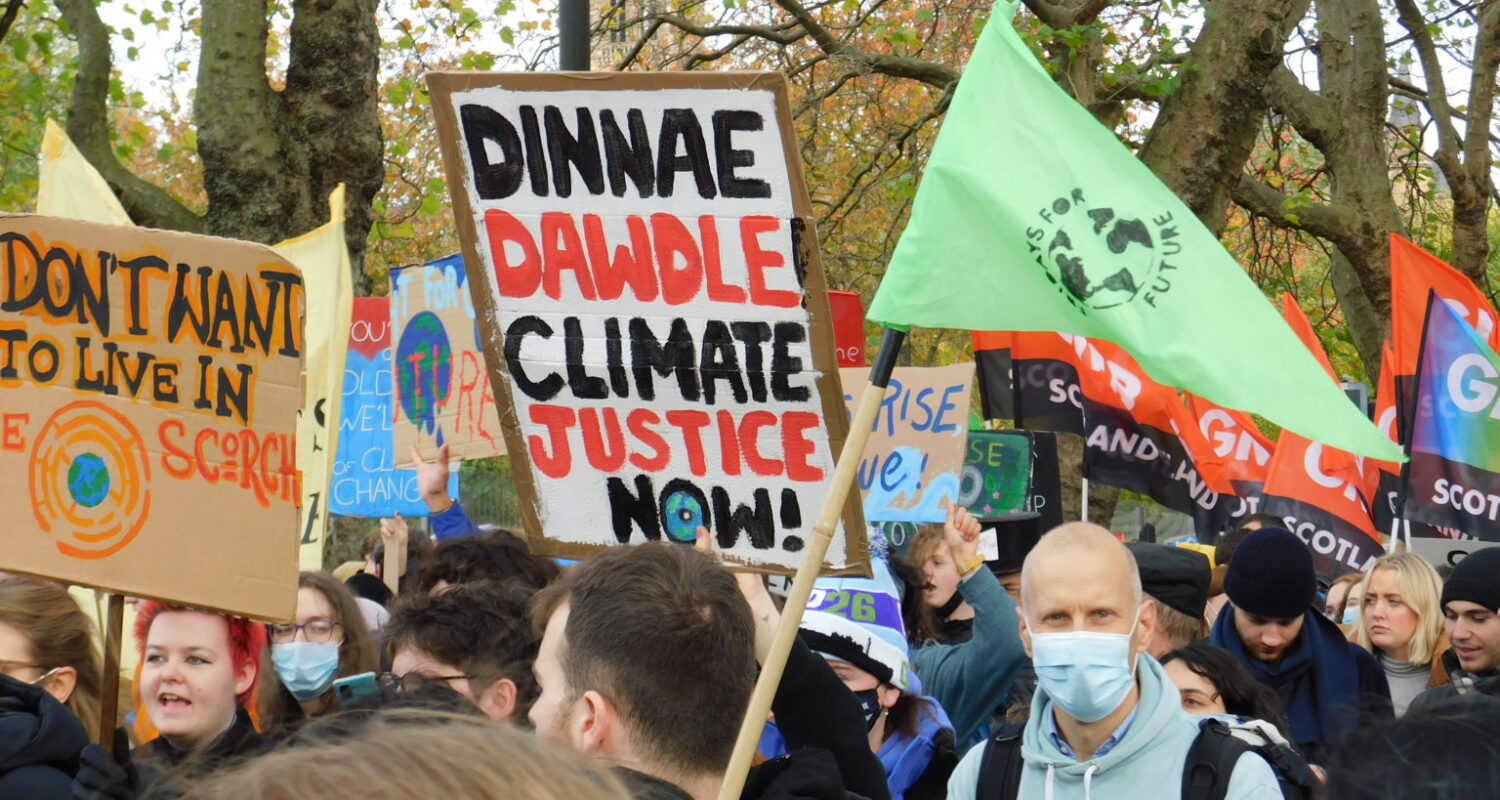 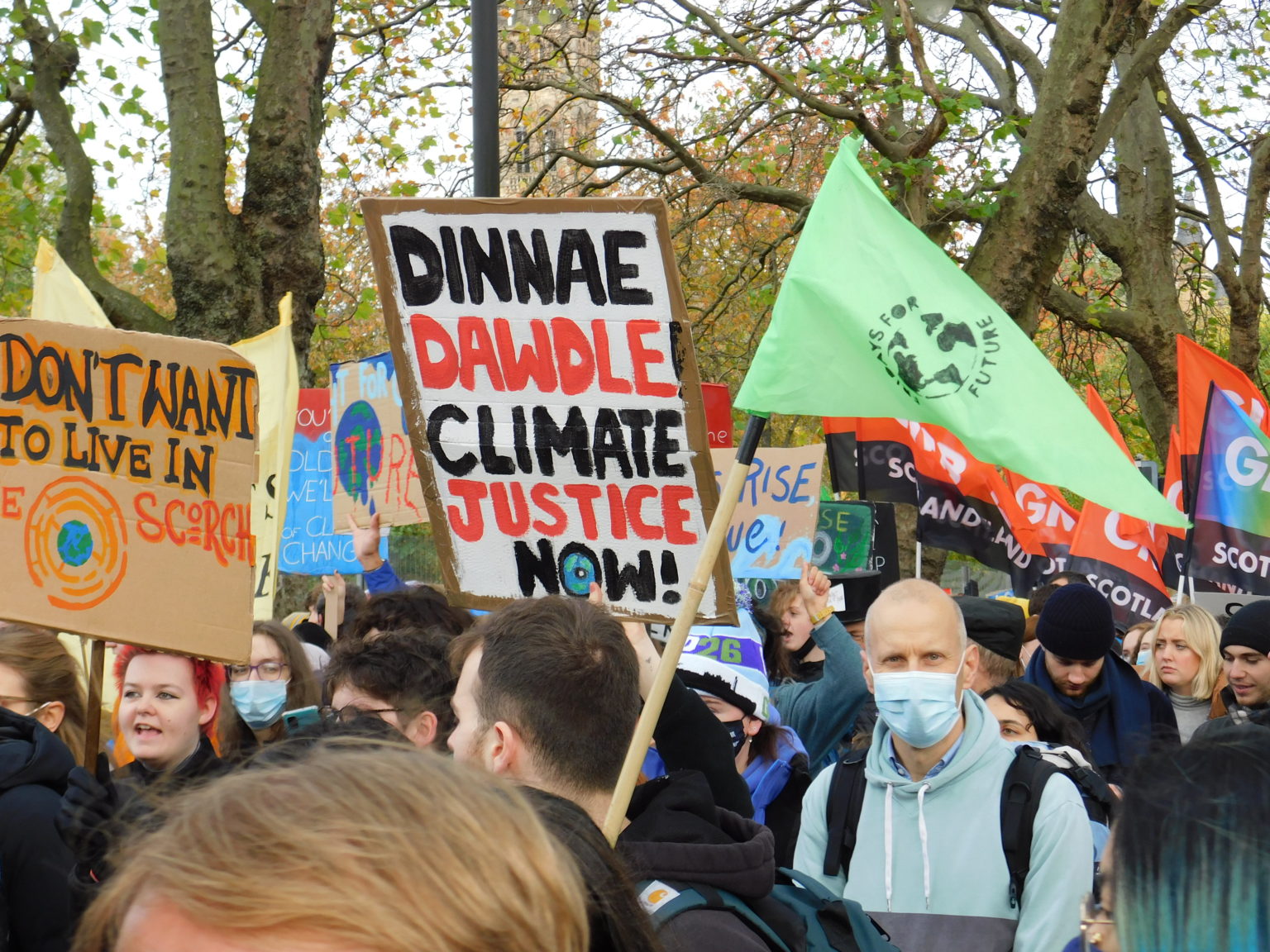 The impacts of climate change are being felt sooner, more deeply and more often irreversibly, than they had previously predicted. The threat to human wellbeing, even the ability to eat, is ever deeper, and ever closer. And for the first time, the UN’s Intergovernmental Panel on Climate Change (IPCC) puts inequality and the need for social justice at the centre of its analysis. The fact that the “people and ecosystems least able to cope are being hardest hit” is a constant theme throughout this report by the IPCC Working Group II on Impacts, Adaptation and Vulnerability. The arguments for climate justice, which includes social justice, racial justice, gender justice, made so forcefully on the streets of Glasgow barely 100 days ago, seem to be finding their echo in the scientific community.

Yet the urgent message compiled from work by scientists across the world, risks being lost in the fog of war.

As the 195 member countries of the UN Framework Convention on Climate Change were meeting last week to agree on the summary to this report, the delegates from Ukraine had to drop off the Zoom call, because they heard explosions outside. It was a poignant reminder of the connections between the multiple crises and threats that human society now faces.

Some of those involved in the report have already expressed their fear that the war in Ukraine may destabilise the UN climate talks system and divert attention from the seriousness of the threat to human wellbeing and the need for urgent action. But the connections run deeper. Sections of the Tory right argue that the need for NATO’s European members to break their dependence on Russian fuel means more oil and gas will be needed from elsewhere – whether shale oil from the United States or additional gas from the North Sea. NATO becomes another justification, alongside the fiction of ‘net zero’, for fossil capital to continue business as usual while talking of a transition to clean energy.

The Scottish government has taken a principled position against the Russian attack on Ukraine and in favour of a more generous welcome for those fleeing the war. But it fails to identify NATO’s responsibility. As David Harvey has pointed out, Putin’s ’Great Russian’ chauvinism has been fed by three decades of humiliation at the hands of western imperialist powers. It cannot be understood apart from the years of neo-liberal shock therapy and the mendacious expansion of NATO. Despite its commitment to removing the British nuclear weapons arsenal situated at Faslane on the Clyde, the SNP has been committed to NATO membership since its 2012 Conference controversially reversed its previous opposition.

There is a parallel with the SNP government championing more solidarity with countries in the global south around climate change. On the one hand it tries to promote a fund to pay for the loss and damage they have already suffered from climate change, while remaining wedded to the narrative of ‘net zero’ that allows the fossil fuel industry to continue to extract oil and gas from the North Sea.

Among its other stark warnings, this latest IPCC report severely undermines the case for ‘net zero’, which invariably includes a projection of temporarily overshooting the critical limit of 1.5 degrees of global warming. It states, “Even temporarily exceeding this warming level will result in additional severe impacts, some of which will be irreversible.

The links between war, fossil fuels and climate change are not that difficult to see. As radical climate activist Daniel Tanuro explains in his summary of the IPCC report, that ecosocialist.scot published here,

we need to seize on the connection the scientists have made between the threat of climate change and inequality.

In Scotland that means building the movement for independence on a basis of climate justice in the fullest sense.

Iain Bruce is a journalist and climate activist living in Glasgow. 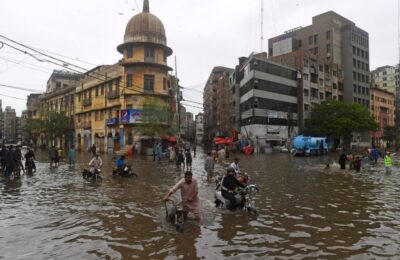