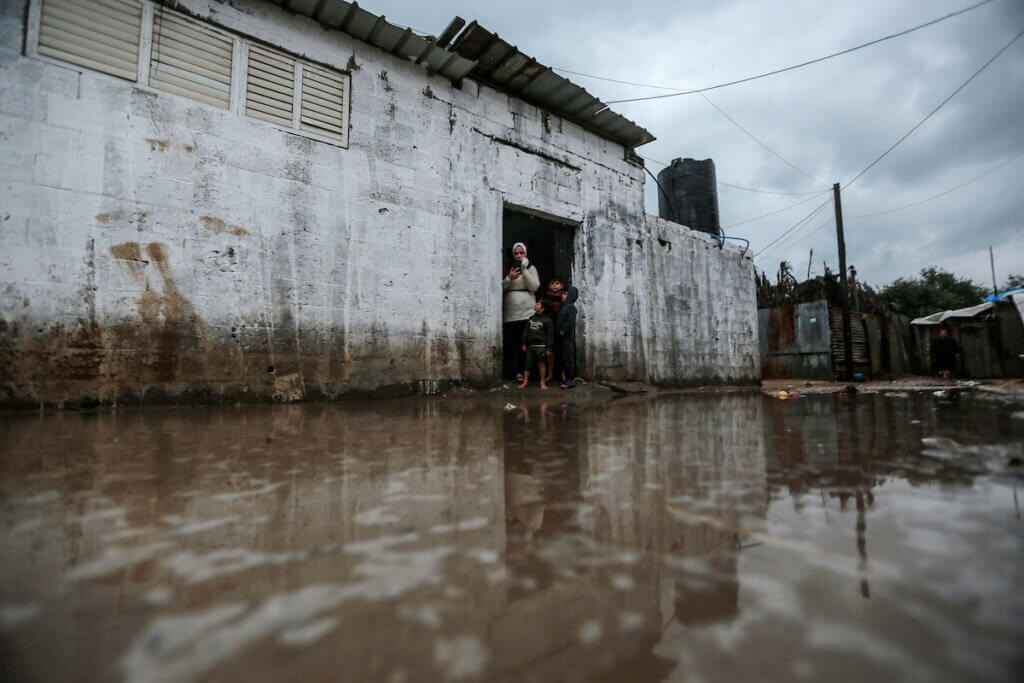 With an infrastructure that’s been crippled by the siege and Israeli offensives, Palestinians in Gaza are not prepared for what the climate crisis has brought to their doorstep.
BY TAREQ S. HAJJAJ  MARCH 16, 2022

No one should go to bed with the fear that their children might drown or float away in the middle of the night. But that was the reality for many families in the besieged Gaza Strip this winter, which saw heavy rain and snowstorms across Palestine.

It was the middle of January, and a heavy rainstorm was gripping Gaza. Khadijah Abukarsh, 30, a mother of five, was only asleep for a few hours when she felt water around her.

She jumped up and ran to her kids’ room, where she found her kids soaked in water, and her youngest, Hassan, 2, almost completely submerged under water that had overtaken the house.

“I lifted him up as fast as I could, the water was coming out of his ears,” Abukarsh said, shivering as she remembered the night that her family was forced to flee their flooded home in Beit Lahia in northern Gaza for the nearest shelter, a local school a few blocks away.

“The water was over 50 centimeters high. Our house was completely flooded,” Abukarsh said. “We stayed at the shelter for two days, and slept on the floor of a classroom. It was very difficult.”

After 13 years of siege, and four devastating wars, being in a state of crisis or disaster has become familiar for many Palestinians in Gaza.

In recent years, however, a more unfamiliar disaster has crept into the homes of many Gazan families.

As the global climate crisis continues to worsen, many Gazan families, like the Abukarsh’s, are feeling the devastating effects of climate change, which are compounded by Israel’s siege.

With an infrastructure that’s been crippled by the siege and Israeli offensives, most recently in May 2021, most Palestinians in Gaza are not prepared for what the climate crisis has brought to their doorstep.

“During the last war, due to airstrikes on our neighborhood, the foundation and walls in our house have cracked,” Abukarsh told Mondoweiss from her modest 60 square meter home.

When it rains, she said, water seeps easily through the cracks in the walls, and the tin sheet roof that covers the house.

“Every time it rains, our home becomes uninhabitable, and we have no other place to go except the nearby school,” Abukarsh said, admitting that her family’s home, despite housing seven people, is not really fit for living.

Abukarsh said that the heavy storms and floods that slammed Gaza this winter were particularly nasty for her family.

“We could not move in the house, it was like a swamp inside our rooms,” she said. “We went to seek shelter in the school just like during the war.”

An unprepared city due to wars

Since 2008, Gaza has suffered four devastating Israeli offensives that have devastated the territory’s infrastructure.

Reconstruction efforts over the past 14 years have been hampered by Israel’s siege, with the necessary building materials for reconstruction often prevented by Israeli authorities from entering Gaza.

In the last war in May 2021, which lasted for 11 days, at least 1,800 homes were completely demolished and deemed unfit for housing, 14,315 homes sustained partial damages, and 74 government facilities were impacted, according to the Palestinian Ministry of Public Works and Housing.

The ministry, according to a report from Al Jazeera, estimated that the cost of reconstruction amounted to $150 million.

The Gaza municipality estimates that there is a total length of 50,000 meters of water and sewage lines and networks that were destroyed as a result of “direct targeting” during the last war.

Approximately 200,000 meters of roads and sidewalks were also destroyed as a result of Israeli airstrikes.

Hussni Mohanna, the spokesperson for the municipality’s emergency committee, told Mondoweiss that the Gaza Strip was “not prepared at all for the winter storms this year.”

Mohanna said that in anticipation of winter floods, the municipality actually began repairs on its networks while the war was still ongoing in May.

“We hoped that the winter storms would not come before we finished the reconstruction efforts, but this was not possible,” he said, noting that in recent years climate change has brought heavier rainfall and more brutal winter storms to Gaza.

“This year we saw an increase of 85 millimeters of rainfall compared to last year,” Mohanna said, adding that some of Gaza City’s busiest streets and main roads saw unprecedented flood levels.

“Because of the effects of the war, we only had four working stormwater drainage systems for the floods to drain into, which worsened the situation,” he said.

Mohanna said that while the municipality tries its best to alleviate some of the infrastructural issues caused by the wars, the odds are stacked against them. With the limited budget and resources it has, it cannot keep up with the rapidly changing climate.

“We are in a deep crisis, and cannot provide safety or offer better services to our citizens,” he said. “We have old and dilapidated machines that serve over a million and a half people every day.”

“But at the end of the day, we have no choice. We can’t control all these crises, but we’re doing our best.” 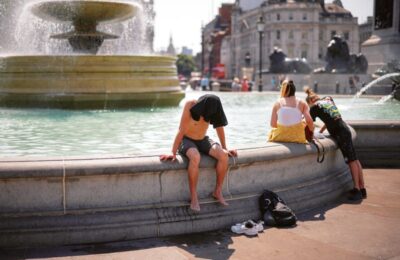