British animals are still being fed soy that has links with deforestation in delicate tropical ecosystems across the Amazon rainforest despite new regulations, a new investigation has found.

The investigation by The Bureau of Investigative Journalism (TBIJ), investigative agency Ecostorm, Greenpeace’s journalism platform Unearthed, and Brazilian NGO Instituto Centro de Vida tracked the complex supply chains of soy from Brazil to Europe to show how demand for cheap meat is still affecting the environment despite a new ban to curb deforestation.

The team of journalists and analysts found that a loophole is being exploited by soy farmers and grain traders in Brazil to get around international laws to export soy from deforested land to the UK for animal feed.

In theory, the international agreement in 2008 known as the Soy Moratorium, stops the sale of soy grown on deforested land. But in reality, as other crops and cattle are not banned, farmers and cattle ranchers are cutting down the rainforest for other types of farming and simply expanding soy onto this land later.

The global demand for soy drives deforestation as cattle ranchers can sell land to soy farmers at a profit before moving their own production deeper into the rainforest where it is cheaper. This is known as ‘hidden deforestation’ as the soy production has not been directly responsible for the clearing rainforest, and it can still be sold onto international markets.

International grain traders such as Bunge and Cargill are therefore able to export soy from affected areas to European countries as ‘deforestation-free’, the investigation found.

Raoni Rajão, a professor at the Federal University of Minas Gerais and a specialist in agriculture and environmental policy, told TBIJ that the moratorium was well-monitored, but that the current rules were “insufficient”.

“Only the specific areas where soy is grown are monitored, not the entire property. Farmers have already noticed this loophole,” he said.

The investigation showed that in 2020 the UK imported 120,000 tonnes of soy from areas with seven square km of hidden deforestation.

The Retail Soy Group, which represents major retailers including Sainsbury’s, Tesco, Lidl and Waitrose told the investigation: “The allegations presented from this investigation further highlight the need to have strengthened legal protections of these vital ecosystems.”

The findings echo a recent report highlighting the continued inaction on deforestation by the 500 most influential companies and financial institutions in the world, despite pledges to eliminate it at COP26.

The Forest 500 report found that nearly three quarters of the companies do not have commitments to ensure their products are not responsible for deforestation.

In addition, the report found that 93 of 150 most influential financial institutions have no deforestation policy and said banks provide over $2.6 trillion to companies most at risk of causing deforestation.

To avoid consuming soy causing deforestation, vice president of the Pasture-Fed Livestock Association (PFLA), Fidelity West, said: “Poultry and pigs are the biggest consumers of soy in the UK, so in light of these increasing pressures on our rainforests due to soy production, we should be moving to Pasture for Life-certified lamb, beef and dairy, which is guaranteed 100 per cent grass-fed and do not use soy or cereals as feed.

“Grazing animals in the right way also regenerates the soil and brings back wildlife to farmland.  It’s a win-win situation.”

“Poultry and pigs require other food crops to supplement their diet, but organic production only permits the use of organic soy, which must also meet strict standards to protect the natural environment and must not contain any genetically modified (GM) ingredients,” he said.

“The Soil Association is calling for a reduction in UK poultry consumption, which has grown significantly in the last 15 years,” Alford added, “By reducing our meat consumption and reliance on imported animal feeds, can also release more land to use for growing fresh produce, legumes and pulses for human consumption.” 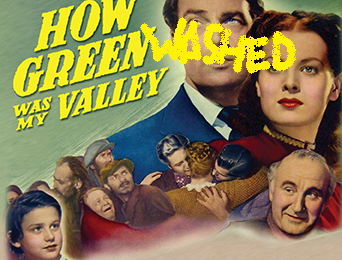 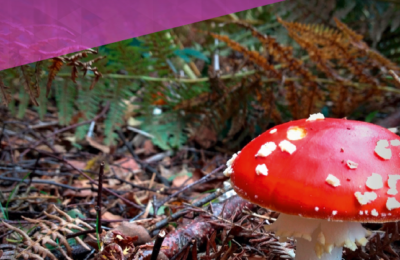