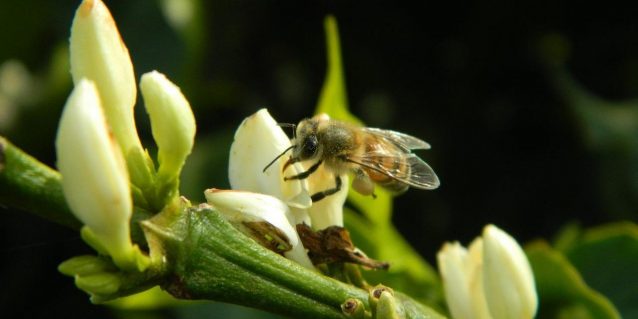 (Beyond Pesticides, April 13, 2022) The combined effects of insect pollination and natural pest control provided by birds synergize to improve yields and income for coffee farmers, finds research published this month in the journal PNAS. Ecosystem services – the positive benefits provided by ecosystems, wildlife, and their natural processes – underpin agricultural production, but are often analyzed in silos, on a case by case basis in the scientific literature. The current research finds that the quantitative benefits of ecosystem services can be greater when considering their interactive effects. “Until now, researchers have typically calculated the benefits of nature separately, and then simply added them up,” says lead author Alejandra Martínez-Salinas, PhD of Costa Rica’s Tropical Agricultural Research and Higher Education Center (CATIE). “But nature is an interacting system, full of important synergies and trade-offs. We show the ecological and economic importance of these interactions, in one of the first experiments at realistic scales in actual farms.”

Researchers based their experiment in Costa Rica, working with 30 shade grown coffee farms owned by small landholders. Eight coffee plants on each farm were selected for the study. Pest control services provided by birds were assessed using a 20mm mesh screen that excludes birds but allows bees and other insect pollinators to forage. Bee pollination was analyzed by choosing four comparable branches on each of the eight coffee plants, and using nylon mesh bags to exclude bees during flowering on two of the four branches. With this design, scientists were able to evaluate bird activity alone, pollination activity alone, bird and bee activity combined, and no activity from either birds or bees.

Increases in fruit weight and set meant greater economic benefits for coffee farms. Researchers estimated that farmers generally received roughly $4,300 US dollars per hectare. The results of the experiment show that excluding birds reduces yield by 13.5%, representing a nearly $600 loss per hectare. Losing bees in the landscape reduces yield by 24.5%, a $1,059 per hectare loss. Losing both birds and bees causes the highest yield and economic loss at 24.7%, representing a $1,066 gap.

“These results suggest that past assessments of individual ecological services—including major global efforts like IPBES—may actually underestimate the benefits biodiversity provides to agriculture and human wellbeing,” says Taylor Ricketts of the University of Vermont. “These positive interactions mean ecosystem services are more valuable together than separately.”

The study underscores the importance of preserving, maintaining, and improving on-farm biodiversity and ecosystem services as a key aspect in considering agricultural yields. These services are critical, yet more vulnerable than one may think. For instance, research published in 2015 by some of the same scientists from the current study found that only a small number of bee species actually provide pollination services, making their continued existence crucial to long term farm sustainability and profitability. A study published in 2016 found that the loss of microbial diversity in the soil hampered ecosystem services associated with decomposition, nutrient cycling, and carbon fixing, all critical roles needed to maintain food production. The 2019 report from the United Nation’s IPBES (Intergovernmental Science-Policy Platform on Biodiversity and Ecosystem Services), provides a stark warning to the world about the how the decline of biodiversity impinges on society’s ability to meet basic needs. But as the authors of the present study note, even these dire calls may underestimate the benefits humanity is provided by natural services, those which we often take for granted.

Time and again, research has found that increasing on-farm biodiversity decreases the need for pesticide use (by increasing natural pest management services), and improves overall productivity. That is why organic farming represents the best approach for the future of farming. A core component of organic law is requirement to maintain or improve soil health. From this concept flows and spirit and intent of organic to continuously improve, and promote natural materials and processes over toxic synthetic substances. These practices on the ground, according to Rodale Institute’s long running Farming Systems Trial, result in higher organic matter and improved soil health, yields that are competitive with chemical-intensive practices, farm profits 3-6x higher, and significantly less greenhouse gas emissions and chemical use.

The benefits of natural systems are difficult to suss out without considerably more investment in the sort of research being conducted under the present study. As the author’s note, the available literature on synergies between ecosystem services is particularly thin, and in need of further time and attention. For a review of the importance of biodiversity and ecosystem services to food production and our current way of life, see the articles “Organic Systems The Path Forward,” and “Biodiversity in Land Management Integral to Sustainability,” published in the Pesticides and You journal.

All unattributed positions and opinions in this piece are those of Beyond Pesticides. 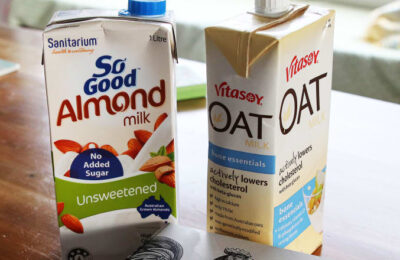