A useful article from Novara Media.

Global starvation is a choice.

Financial speculation, rather than war in Ukraine, is driving up wheat prices. Shokry Hussien/Reuters

In late March, the UN’s Food and Agriculture Organisation warned that the war in Ukraine risked unleashing a “hurricane of global hunger”. With climate change-induced droughts in east Africa and intense heatwaves in India, they feared that a war in Europe’s most fertile and productive region could compound the situation and lead to food shortages on an unprecedented scale. The UN’s concerns were made terrifyingly concrete earlier this month, when the World Food Programme estimated that “44 million people around the world are marching towards starvation”.

The problem is, this narrative – that war and climate change are leading to mass starvation – is wrong.

The recent news cycle has been driven by the explosion in the price of wheat, which has gone from $7.58 per bushel at the start of the year to nearly $12 a few months later. But the prices of basic commodities are extremely volatile. And these spikes have little to do with the amount of food going around, or how much people are eating. Instead, they are driven by financial speculation.

The war in Ukraine has disrupted supply routes. And high oil prices do mean the cost of fertiliser has gone up (since petroleum coke, used for manufacturing fertiliser, is an oil refinery by-product). But these price rises are on a totally different scale to the enormous surges seen on the futures markets, where flows of financial capital matter far more than supply and demand.

Since the US-led deregulation of commodities markets in the 1990s, the food we eat has started leading a peculiar double life. Our daily bread has become both the calories that keep us alive, and a speculative fiction.

Take the banks and hedge funds that have been ploughing capital into food markets for decades. None of those traders will ever own a bushel of wheat or a tonne of maize. Instead, they are betting against changing prices, selling hard on the way down and buying fast on the way up.

This speculative logic – chasing profits from day-to-day (or minute-to-minute) changes in prices – distorts supply and demand in two main ways. On the one hand, it can turn small local price shocks (such as a flood in west Texas) into huge global swings, as speculators pile in to make a quick buck. On the other, it means that demand for food is no longer tied to how much people are actually eating. If the value of stocks and shares are collapsing around the world then banks will divert their money elsewhere, driving up food prices in the search for better rates of return.

In fact, if we look at wheat production over the last few decades, it bears no resemblance to the wild swings we’ve seen in prices. The most recent estimates for this year’s harvest are down ever so slightly on last year, but still higher than at any other point in the last thirty years.

You can make the same argument about the longer running pressures of climate change. For decades, the number of people around the world who were starving has been slowly going down. This was a much-trumpeted achievement, credited (depending on your political beliefs) to globalised capitalism, Chinese state-led development, the ‘green revolution’, or the UN’s liberal internationalism. But since some time in the mid-2010s, that trend has gone into reverse – despite ever-increasing food production.

So what is really going on here?

The first thing to note is that, as the Indian economist and philosopher Amartya Sen famously said, what matters in a famine is not the total amount of food but who is entitled to it. Take the Bengal famine of 1943, where between two and four million people died while food supplies held steady. What happened was that prices skyrocketed because of wartime hoarding, leaving large groups of people unable to afford food. Cyclones, flooding and crop disease didn’t so much dent food production as leave workers without jobs.

This is a common pattern. There is often enough food to go round, but political and economic systems mean that some people are not entitled to it. That is why nearly ten million British people were forced to miss meals last month, despite full shelves in the supermarkets.

Once we recognise the importance of food entitlements, we can tell a more realistic story about global hunger. Most grain is consumed in the country it is grown in, but it is poorer countries that tend not to grow very much. That is why Ukraine and Russia matter. They might not be huge producers of wheat at the global scale, but they are massive exporters (15% of global production versus 40% of exports). In Somalia, Benin and Eritrea, Russia and Ukraine supply 100% of imported wheat. In Laos it’s 94%, Egypt 82%, Sudan 75%. With no grain being diverted from elsewhere, there will be shortages in those countries very soon. The speculative price hikes will also be ruinous for places already experiencing waves of starvation, notably Afghanistan, Syria and Yemen.

In the face of these crises, some states have started to renegotiate food entitlements. France is flirting with food vouchers, a policy already common in many developing nations (which is why surges in the price of food so often increase sovereign debt burdens and devalue local currencies).

But the international situation is dire. Egypt and Tunisia begged their wealthier Gulf neighbours for aid but have been forced to turn to the IMF for loans. Algeria and India have begun restricting grain exports. Indonesia has done the same for palm oil. The USA and EU remain focused on domestic prices. China and Russia have banned fertiliser exports.

This is nothing new. Whether it’s imperial grain silos or the EU’s Common Agricultural Policy, states have tended to prioritise domestic food supplies over international solidarity. But we should be clear about what this means: it means making political decisions about who gets fed and who starves. It means allowing people to starve in the midst of plenty.

The wheat price explosion presents us with a stark choice between socialism and barbarism. Either we choose international socialism, taking the long view of food production rather than responding to episodic crises. This means challenging a monopolised agro-food industry as well as states’ nationalistic policies and building a system of entitlements which guarantees people’s basic needs. The alternative is retreating behind militarised borders, defending our own grain supplies even if that means wars over water and the remaining pockets of fertile soil.

This is where climate change comes in. Despite enormous changes to the climate over the last ten years, global food production is holding up fairly well. But the cracks are starting to show at the edges: unprecedented waves of droughts have strained even high-tech production sectors like in the US. Meanwhile, soil degradation is advancing at a rapid pace, and CO2 emissions are increasing every year. Securing food for a growing global population is only going to get harder.

We should remember that the limited entitlements we have to food are a product of past struggles. This is something that people in the midst of famines know intuitively, whether they are bread rioters in nineteenth-century England or the right-to-food movements in twenty-first century Bangladesh, India, Kenya and Mozambique.

Outside of those moments, it’s all too easy to forget that it is markets and political systems causing people to starve. We take our particular sets of entitlement for granted and fall for the deceptively simple idea that unexpected shocks – droughts, floods, wars – sometimes mean that there is just less food to go round. But we should be clear about what falling for those narratives means: accepting barbarism as the “natural order”, accepting financial speculation and nationalism as inevitable, is accepting that millions will starve unnecessarily. 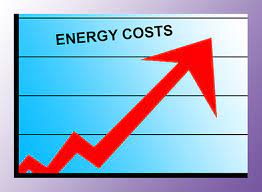