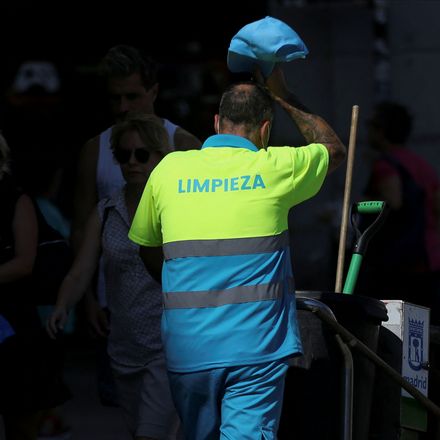 From the IPS Journal

The blistering heat waves sweeping across Europe this summer are breaking hottest-day-ever records. This extreme weather, which scientists confirm is ‘virtually impossible without climate change’, already has severe consequences – killing workers in the line of duty at unprecedented levels.

The death of José Antonio Gonzalez, a Madrid street-sweeper working for private contractor Urbaser, on 16 July, serves as a heartbreaking reminder that we must adapt health and safety standards to account for rapidly rising temperatures. Gonzalez collapsed while toiling under the sun at 41°C.

Evidence that extreme temperatures are causing problems on the jobs keeps piling up. In 2019, The Center for Public Integrity found that the US Postal Service had exposed about 900 workers to heat hazards since 2012, leading to muscle cramps, vomiting, and loss of consciousness. As we have been seeing in recent summers, workers are taking action to demand changes from their employers, as more become aware that extreme temperatures pose serious risks to their health.

This year, drivers at UPS, the world’s largest package delivery company, are fighting back after heat-relatedincidents.

Last year, a group of workers in the US filed a federal complaint against Amazon because people were fainting on the job: ‘Internal temperature is too hot. We have no ventilation, dusty, dirty fans that spread debris into our lungs and eyes, are working at a non-stop pace and [we] are fainting out from heat exhaustion, getting nose bleeds from high blood pressure, and feeling dizzy and nauseous,’ read the complaint filed by workers from New York’s largest Amazon warehouse.

This year, drivers at UPS, the world’s largest package delivery company, are fighting back after heat-related incidents. During the sweltering weather, a driver was caught on video briefly collapsing on the porch of a home in Arizona. In California, the family of a 24-year-old driver said their loved one passed away from heat stroke while on a route.

The science behind all these warning is crystal clear: ‘Ambient heat exposure and internal body heat from heavy physical work can increase the risk of heat-related illnesses, including heat exhaustion and heat stroke — which can be fatal — as well as acute kidney injury and traumatic injuries,’ says June Spector, assistant chair of environmental and occupational health sciences in the University of Washington School of Public Health and co-author of a recent study on the impact of climate change in creating unsafe working conditions in Indonesia.

According to a recent study published in Nature, ‘37% of warm-season heat-related deaths can be attributed to anthropogenic climate change and that increased mortality is evident on every continent.’ Moreover, the World Health Organization says that between 2030 and 2050, climate change is expected to cause approximately 250,000 additional deaths per year, from malnutrition, malaria, diarrhea and heat stress, with an estimated direct damage costs to healthof between $2-4bn a year by 2030.

Assuming a ‘best case scenario’ global temperature rise of 1.5°C by the end of the century, the ILO estimates based on labour force trends that, by 2030, the percentage of total hours of work lost due to heat stress may rise to 2 per cent, a labour productivity loss equivalent to 72 million full-time jobs.

In our new normal, where extreme weather warnings will become more common every summer, unions can play an active role to push for new worker protections at the bargaining table. In the case of Spain, street cleaners in Madrid have been quick to mobilise after José Antonio’s death and reached a new agreement to eliminate the afternoon shift in cases of high temperatures.

In this red-hot world solidarity and union activism for a just transition will literally make the difference between life and death.

The Teamsters in the United States are demanding better heat safety measures in their upcoming round of negotiations with UPS. In Britain, the Trades Union Congress is calling for 30°C as a new maximum indoor temperature — or 27°C for those doing strenuous jobs — for when work should stop.

While we know that company or country-specific demands for safe work in extreme heat are part of the solution, they mainly address symptoms — not the disease. Unions must push for workplace reforms, but we must also demand governmental policies that are fit to address our climate crisis. These include supporting, promoting, and demanding a just transition to a decarbonised economy where no worker is left behind.

In a world with increasingly extreme temperatures, solidarity and union activism for a just transition will literally make the difference between life and death. 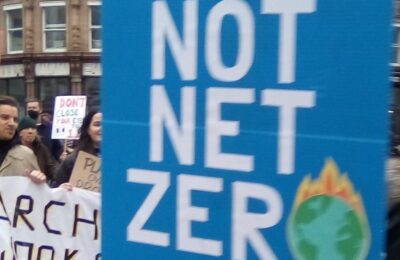