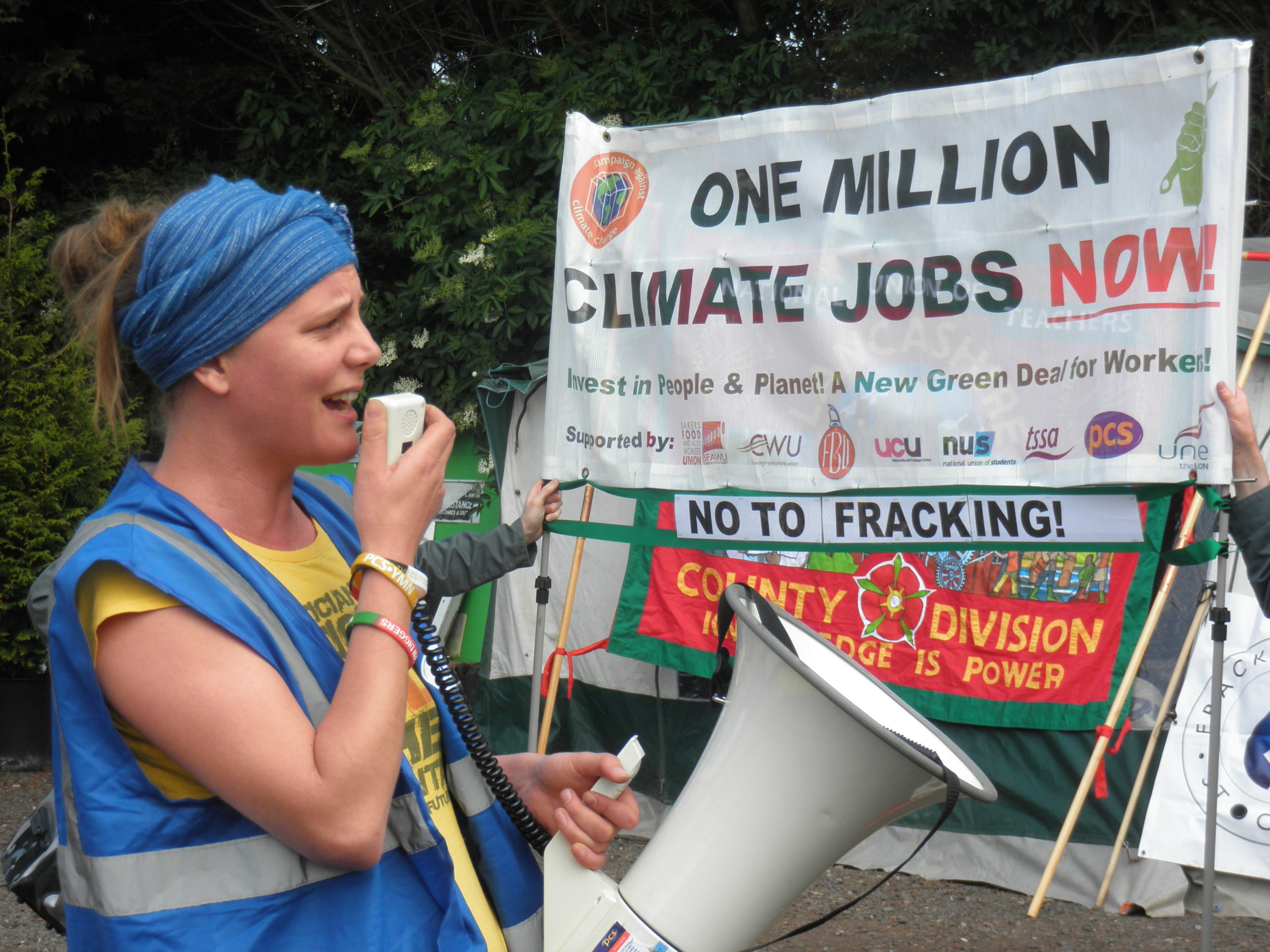 Trade unions are an important (if not the most important) instrument of power for working people, write Stephanie McDonagh and Anthony Killick. As such, they have, since their inception, posed a threat to capital because when people organise collectively they have the power to negotiate working terms: better conditions, better pay, the weekend and holidays. Without union organisation we would have none of these things.

Yet the trade union movement is not without its internal debates and contradictions. Because different unions represent workers in different industries, there are various interests at play within this broadly left-wing movement. These differences often require careful and patient negotiation and can often lead to bitter disputes.

Climate change is an issue that has brought about much debate within the trade union movement. This interview takes fracking as a primary example. Here Clara Paillard, president of the cultural section of the Public and Commercial Services Union (PCS), and a member of RedGreen Labour, talks about how in 2014 the PCS passed a motion to ban fracking. This motion also supports grassroots campaigns against the fracking industry, including support for peaceful direct action such as that which has been taking place at Preston New Road over the past two years.

As Clara points out, a further anti-fracking motion was passed by another trade union, Unite, in 2014. The case of Unite, which represents workers in the energy sector, is particularly interesting because the executive committee’s attempt to change the union’s policy against fracking was halted by the efforts of grassroots unions activists. The national executive committee and the Energy sector proposed motions more supportive of supporting the industry that were rejected by the conference, in favour of a more radical policy against fracking including campaigning for it to be banned. which included a ban.

This switch in policy shows how union activists working “on the ground” can work to re-calibrate the organs of working-class power towards paying greater attention to environmental issues and forming the radical climate policies that are needed to lessen the effects of corporate-induced environmental catastrophe on working people.

The labour movement has a long history of fighting environmental struggles. Stefania Barca, for example, explains how these originate from union members concerns over health and safety in the workplace, as well as anxieties about the health of the local community. Since then, labour movements across the globe have mobilised against polluting industries.

“the conflictual relationship between labour and the environmental movement only developed during the eighties and was a historical artefact due to the political turnover of the Regan era” which aimed to keep “the two most powerful social movements in the country separated, for their alliance holds a potential for radical reforms”.

Yet there remains a disparity of opinion within the trade union movement. The GMB, which represents workers across nearly all industrial sectors, recently passed a motion in support of fracking. The reasons given for this are: 1) because of advantages of extracting gas in the UK and the opportunity to use it as a “national strategic asset”, which would also cut the environmental cost of importation, and, 2) the chance to create skilled jobs in the UK, rather than importing gas from places where workers are more exploited.

Conversely, there is lots of support within the trade union movement for a “just transition” away from fossil fuels to renewable energy, as outlined in particular by the One Million Climate Jobs campaign. As Clara points out, it is possible to convert the economy away from fossil fuels and create more climate jobs, just as it was possible to build a National Health Service after the second world war. The National Climate Service proposed by the labour movement would create climate jobs in the UK (that is, jobs that contribute to a reduction of carbon in the atmosphere) while preventing job losses through offshoring. In this respect the idea of a just transition also addresses the issue of climate justice (the idea that climate change is not only an environmental issue, but also a social issue, since the countries and people who are least responsible for it are paying a much higher price) and of global wealth imbalances, since fossil fuel industries often extract labour (as well as oil and gas) from areas where it can be found cheaply.

Against the pro-fracking position of the GMB, there is much more to be said for employing people in a potentially massive renewable energy sector than there is for advancing myths about job creation in socially and environmentally unviable fossil fuel extraction.

You can watch the interview with Clara here.

Stefania Barca (2012) On working-class environmentalism: a historical and transnational overview. Interface: a journal for and about social movements, Vol 4(2): 61-80. Available at: http://www.interfacejournal.net/wordpress/wp-content/uploads/2012/11/Interface-4-2-Barca.pdf 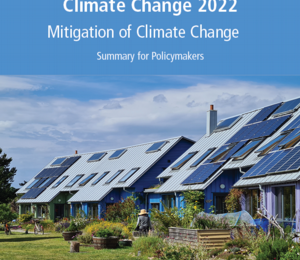