My father was a climate activist to the end. Ken Montague was a boomer, born among the bomb craters of the East End of London in what would now be considered abject poverty.

His concern was global and universal. When I became a teenage environmentalist, he was concerned this might be a distraction from fighting for social justice. Nonetheless, he was among the first to fully comprehend the threat of climate breakdown, and, once he had, he dedicated much of his remaining life trying to find a solution.

Hundreds of people came to his funeral, and fittingly there were several events to mark his passing. At one such event one of his many friends and activist allies stood up to speak.

Donate towards the costs of publishing FIGHT THE FIRE.

And for a few minutes he said nothing at all. We allowed the sadness, the grief, to grow into the silence. He held a space for all of us to feel, and did not fill an awkward silence with platitudes or his own reminiscences.

When he spoke he came exactly to the point. He told those gathered there on that day about why climate activism was important to my father, and why my father had been important to the climate movement. He read the room. That man was Jonathan Neale.

We have entered an unprecedented time in human history. Pick up any book from the shelves today about the environment and there will be page after page about climate breakdown, biodiversity collapse, the harm of pollution and pesticides.

Our forests are being ravaged, our oceans are turning to acid and filled with poison. These are important books. We need to understand the threats that we now face, the urgency of change. But we have been making this same case for 50 years – indeed the publication of his latest book marks the 50th anniversary of the launch of The Ecologist. The argument is settled and the results are in.

We need now to focus on solutions. And this is where Jonathan has once again shown his remarkable ability to read the room, to allow us to feel, and to know exactly what needs to be said.

Fight the Fire: Green New Deals and Global Climate Jobs, published today by The Ecologist, sets out a clear and precise prescription for how we can avert the climate crisis. It works methodically from basic principles to explain exactly what drives climate change. He begins with the physics, the chemistry, and then through to the more complex social and political questions.

This book is an invaluable guide for anyone who needs to get up to speed on the complex issue of climate breakdown. It is also an invaluable resource for seasoned campaigners: a store of useful facts and figures to help you put the case when campaigning on the streets and online.

But what inspires me most is that his solution not only confronts climate breakdown head on, but it also begins and ends with the same concerns my father had as a child growing up in the immediate aftermath of the Second World War.

In solving the climate crisis we can at the same time solve some of the apparently most intractable problems we face as a society: social inequality, job insecurity, underproduction in parts of the Global South and hyper-consumption in much of the Global North.

Jonathan’s solution can be summarized in two words, and then one word. The two words are climate jobs.

This book sets out with extraordinary clarity the challenge we face in driving down carbon dioxide and other greenhouse gasses. It works through sector by sector how we can rewire the world for renewable, lower impact, energy. He talks about the millions of jobs this will create, the institutions we would need to build, and the policies that will make this transformation possible.

But he also gets down to the core value that will drive this change: solidarity.

Climate breakdown is a global problem that requires a global solution. This really does mean millions, billions, of human beings working together. We cannot limit our concerns to our own nations. We need breakthrough struggles that can inspire action and change around the world. For these struggles to take place, we need a clear vision, a clear narrative of how we can get from here to there.

And that is precisely why Jonathan has taken a step back, surveyed the evidence and charted a course to a new world.

There has been much ink spilled and emotions expressed about how the baby boomers have somehow revelled in all that is good and left behind a world that is hostile and cruel. This forgets that many of this generation had seen the impacts of war on their parents. They had marched for peace. They fought for justice in the wake of the international AIDS crisis. They tried to stop the National Union of Mineworkers in the UK being crushed. They opposed apartheid in South Africa.

And they learned important and difficult lessons along the way. Some, like my father, have passed on. Some remain in the heat of struggle.

The youth climate strikes have been a huge inspiration for Jonathan as they have been for millions of people of all ages. It is absolutely clear to everyone who is paying attention that we have a generation of young adults around the world who are smart, empathic, determined, and united.

They have shown extraordinary resolve and resourcefulness in the fight against school shootings, racism, misogyny and all forms of injustice. They will lead the transition to a society that can provide both climate stability and social justice.

And I am sure many will lead from the front with a well thumbed and well referenced copy of Jonathan’s book in their (digital) back pocket.

Brendan Montague is co-editor of The Ecologist. 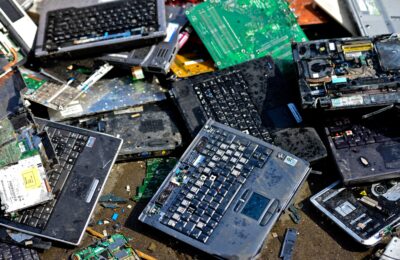