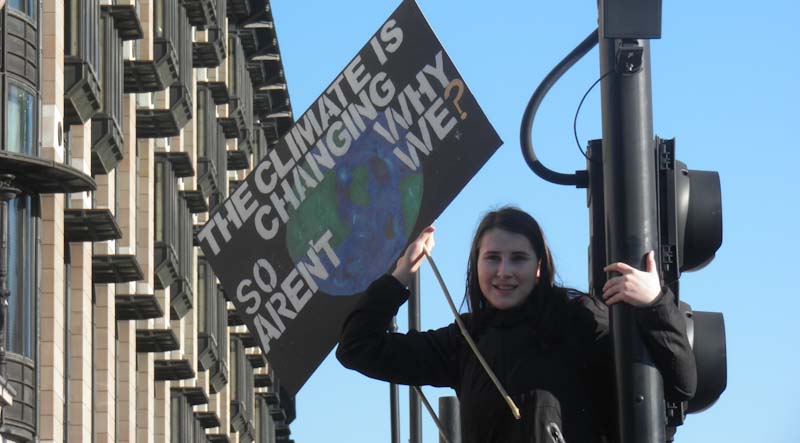 I’m in my mid-sixties and have been politically active since my late teens, writes Terry Conway. This week I have had one of the most positive political experiences of my life, supporting young people organizing against climate change. Their energy, their political sophistication and their sense of humour is infectious.

It started a week ago when I looked up youthstrike4climate on facebook. I messaged the address to see if there were any flyers for the protest today. I got a reply within a couple of hours and discovered the person answering lived near me and could provide me with leaflets.

I’m involved in Islington Labour Environment Forum and organized with other activists from there and our recently set up Islington Young Labour to leaflet outside our local university. We went in the early morning so also caught a load of young people on their way to school. The response we received was hugely positive and posters we stuck up were largely there 4 days later.

The day before the strike I came out of my flat and discovered a poster tied to a nearby lamp post telling me there was a gathering of local children and parents supporting the action in a park 5 minutes away. I went there on the way to Parliament Square and tapped into a network of people with children at my local primary school and playgroup. There were around 40 of us in that small area. Inspiring.
Together with a local Labour councillor who had also come to the park I made my way to Parliament Square. We changed tubes at Victoria – and it was already clear we were in for a treat. There was a group of maybe 8 young men, probably aged around 16, on the platform with hand-made posters from a school in Notting Hill. They reckoned about 1000 pupils from their school had taken action.

Leaving the tube, it was as if the demonstration was all around us and when we emerged the scene was remarkable. The traffic had been stopped in several directions and dozens of youth had taken over an open-topped tourist bus and were chanting and waving signs from the top as the throng around them cheered and sang in response. 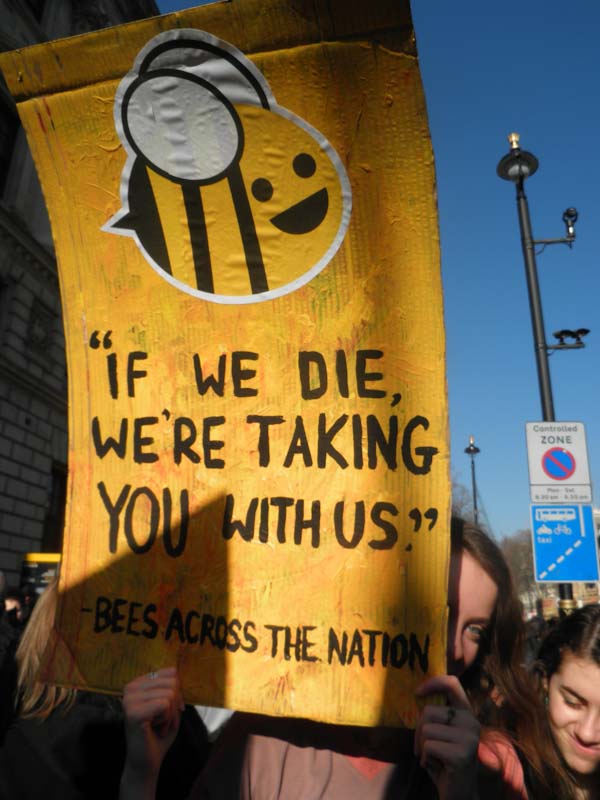 /caption]Almost everyone had their own home-made sign. Some were hastily put together, others had been more carefully crafted. Slogans focused not only directly on climate itself but on other issues – particularly the biodiversity crisis. The wit and imagination behind them was as palpable as the energy of the activists. There were some newspaper sellers and their placards but they were massively outnumbered. 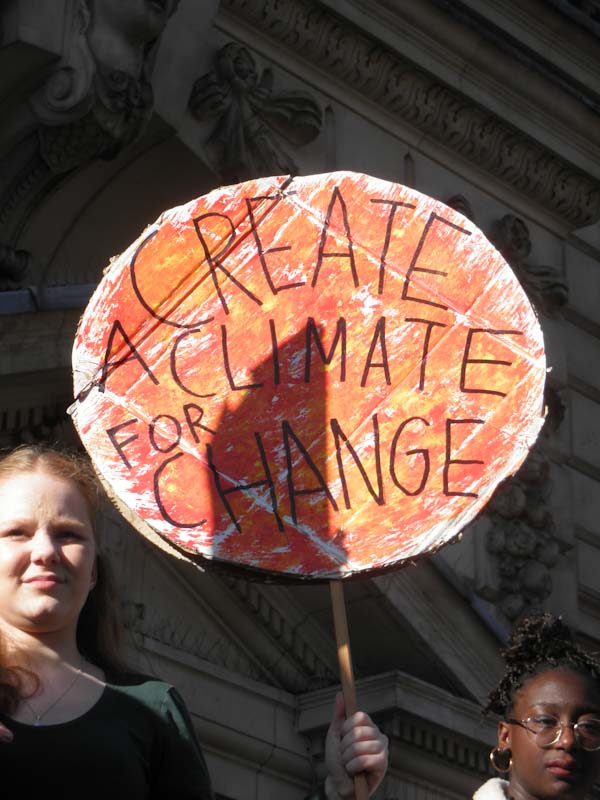 The slogans on the banners and on people’s lips were fascinating. What do we want? Change. When do we want it now was probably the dominant chant – and had many reflections on cardboard. Later I saw a 17 year-old interviewed for the Manchester Evening News telling the journalist that extreme storms were being caused by the climate crisis. Another young man spoke about Trump’s climate denial, that the movement was international and that there would be a world day of action on March 15. Well informed, confident and politically coherent.

Most people were in the road – some sitting down, others milling around. The police were hardly to be seen at that point – just a few blocking us getting nearer to the entrance to Parliament. People climbed onto lamp posts and some onto the tops of buses -with a confidence I wouldn’t have had at their age. Every so often the police moved a group off one bit of road to let a couple of cars through but a new blockade surged behind them blocking the other side of a road.

Some of the police spoke down to the young people who they were trying to persuade to move – telling them they were stupid to climb up for example. When I responded saying it was much more stupid to ignore the threat of climate change I got a big cheer from those around me.
Later I managed to meet up with a couple of people from Islington Young Labour. I heard that people had earlier blocked the bridge and that a couple of people had apparently been arrested. I reckon if most of those present had been older the tally would have been a lot higher.

Eventually I decided to leave and made my way to the tube. But my political discussions weren’t finished. There was a group of half a dozen young women with placards getting on alongside me. They told me they were from a school in West London and that half their sixth form were out. They were being the change we need to see.

And of course it didn’t end even when I got home because I have been reading dozens of messages from across Britain – and some from other parts of the world, about what has been happening elsewhere. They include information from people who stayed in central London longer than I did telling that the police became more aggressive later and did use horses to clear the roads. I am pretty sure this will further strengthen the determination of those involved to be back on the streets very soon.

And as for the Tories condemning pupils being away from school because it creates more work for teachers this will just multiply the number of workers supporting the students – including those planning to demonstrate the same outside the Department of Education next week.

And we all need to work out how to spread the word even further for the next strike on March 15. 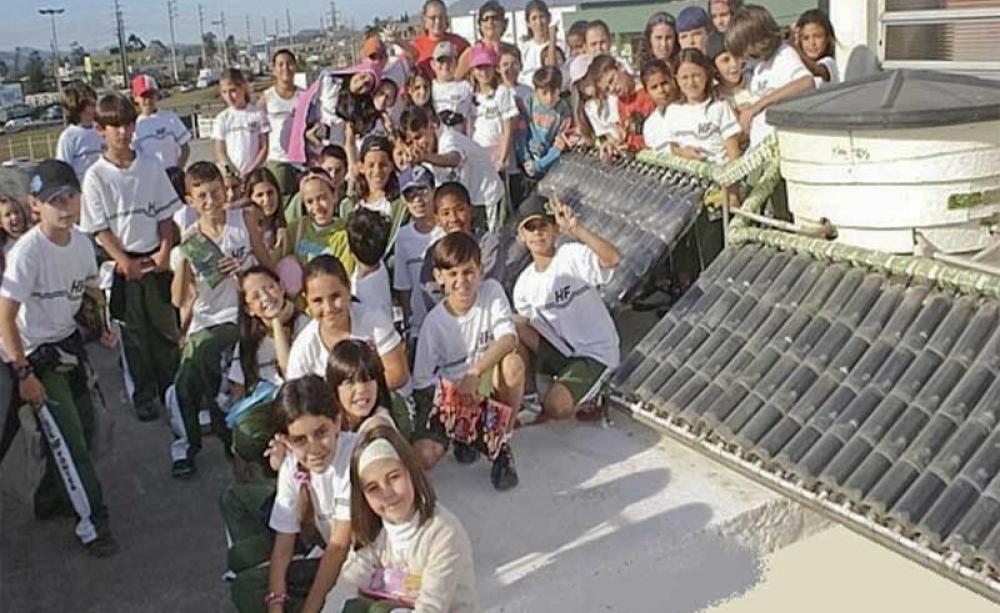