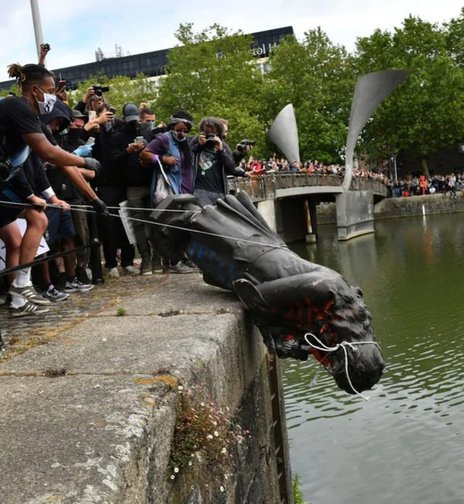 Much to the anger of the government and the right-wing media, juries simply aren’t buying that any disruptions must be seen as illegal

When juries deliver verdicts that offend the political establishment, they are commonly termed ‘perverse’ – and Boris Johnson’s government has been experiencing a veritable plague of perversity in recent months. The court victory earlier this month for the activists who dumped a statue of slave trader Edward Colston in Bristol Harbour is the best-known example but when you add up the number of acquittals in recent climate-action trials you get a much broader picture of something afoot.

It looks very much as if juries are simply not buying the official line that any disruptions must be seen as illegal, plain and simple. Instead, many people are buying into the idea that activists have it right and that they are breaking the law to prevent a far greater crime.

Notable examples of ‘perverse juries’ include the 1985 acquittal of Clive Ponting, the civil servant charged with leaking details of the sinking of the Argentine cruiser Belgrano during the 1982 Falklands/Malvinas war, and the 1991 acquittal of two life-long peace campaigners, Michael Randle and Pat Pottle. Both men were acquitted at the Old Bailey for freeing the spy, George Blake, from Wormwood Scrubs prison 35 years earlier.

Perhaps even more remarkable is the less well-known ‘Hawk Ploughshares’ trial at Liverpool Crown Court in 1996, when four women were tried for entering the British Aerospace works at Warton in Lancashire and causing a million pounds’ worth of damage to a British Aerospace Hawk aircraft due to be exported to Indonesia. Despite the damage done, the jury accepted their argument that they were justified as the aircraft could be used in counter-insurgency raids in the South-East Asian nation of Timor-Leste, with previous Indonesian military actions having killed many civilians.

Where these examples become relevant is the recent surge in nonviolent direct actions on climate change and human rights issues, with numerous cases coming before Crown Court juries and plenty of acquittals. Just last week, three members of Extinction Rebellion who told a jury they had been motivated by their Christian faith to obstruct underground trains were acquitted, while last summer the Supreme Court overturned convictions of four other protesters who blockaded an East London arms fair, and in April six Extinction Rebellion activists were cleared of damaging Shell’s South Bank headquarters. These are but just a few examples, there have been several other similar acquittals, as well as many cases simply being dropped.

Some of these acquittals have aroused strong opposition, especially from politicians and the right-wing press. The jury’s verdict in the recent case of the three religious Extinction Rebellion members was described by Conservative MP Brendan Clarke-Smith as an outrageous decision that has “given the green light to people looking to commit all manner of appalling crimes in the name of religion to justify their extreme political ideologies”.

Lawyers expect many more such acquittals to follow, with a solicitor handling some of these cases, Mike Schwarz, telling The Independent that: “There is mounting evidence from the courts – and in particular from juries – that the public is taking the climate crisis and the increasingly urgent need to focus on it far more seriously than government and business.”

This is all happening at a time of considerable anger by numerous climate activists who see Johnson doing little in the face of a critical climate emergency. Ahead we face the prospect of catastrophic climate breakdown, with activists’ anger made much worse by the dismal failure of COP26.

Johnson’s government is therefore left with a huge problem, and one response is to bring in much tougher legislation against public protest, part of a much wider slide towards authoritarianism. The extent of this becomes clear only when the range of bills now being brought before Parliament is seen in its entirety. The Police, Crime, Sentencing and Courts Bill is the most immediate one in this context, but others – including the Nationality and Borders Bill, the Elections Bill, the Judicial Review and Courts Bill and planned reforms of the Human Rights Act – lean in the same direction of more rigorous and central control, as shown by Gal-Dem political editor Moya Lothian-McLean’s recent briefing.

One particular problem for the government is that the lower non-jury Magistrate Courts can hand out sentences of only up to six months. The government’s solution is to extend this to a year in the hope that fewer cases will come before the higher courts with those unpredictable and annoying juries. It is highly unlikely to deter protesters given the strength of determined opposition, which means that the whole business of nonviolent direct action is well-nigh certain to come to the fore as a much more substantial element of future political behaviour.

What is not widely realised by most people is that there is a huge history of nonviolent social change, much of it directly relevant to what is now unfolding. Fortunately, and with excellent timing, a book just published is likely to prove one of the best good guides to the field. ‘Sowing Seeds for the Future: Exploring the Power of Constructive Nonviolent Action’ is written by Andrew Rigby, a long-time teacher and researcher of nonviolent social change, and will be an eye-opener for many.

Although by no means hard and fast, Rigby makes a broad distinction between two forms of change. The first, constructive nonviolent action, is primarily that of people working for underlying change that may be transformative and enduring but may not involve rapid progress. Often community-based, this contrasts with the second form of change – direct nonviolent actions aimed at having the maximum effect on existing systems to gain immediate impact. These are often high profile and frequently contested; they may strike at weak points in an economy and cause considerable disruption and even more argument. With climate action, they are now being boosted by an acute sense of urgency and frustration that progress is so dangerously slow.

In writing ‘Sowing Seeds’, Rigby does not necessarily see these in opposition, they may instead be in different parts of a spectrum or even have an impact in parallel. The book is often at its best in analysing some of the many examples of change. Inevitably there is a discussion of Gandhi, but just as interesting are the decades of action across many parts of India as his original thinking evolved. Rigby devotes a revealing chapter to the anti-Mafia campaigning in Italy, especially the work and example of Italian activist Danilo Dolci, and elsewhere covers constructive action for resistance in wartime, for political change and the sphere of production. A wealth of knowledge is distilled into two hundred or so pages.

Moreover, he writes in a narrative style that makes for easy reading in a field of human endeavour that is both under-appreciated yet ever more relevant. Constructive nonviolent action will surely come under heavy pressure in the next decade as the needed response to the climate emergency becomes more and more urgent, and many activists concentrate on achieving immediate change. Maybe the latter does need to be the main way forward, but it will likely be far more effective if it is part of fundamental system change embedded in resilient people power, rather than owned by a restricted elite. 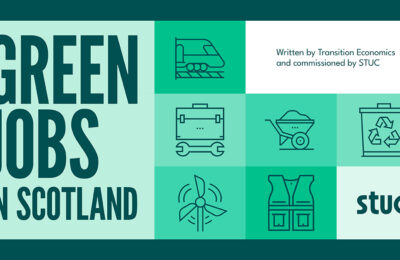 One thought on “UK activists keep being acquitted by juries. What does that mean for protest?”