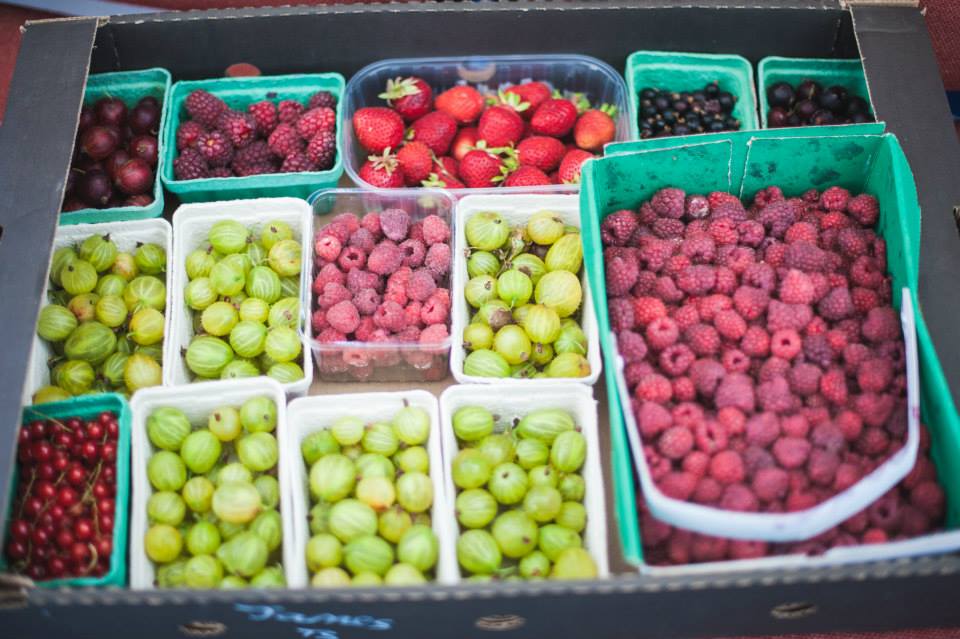 From apples, neeps and pumpkins to learning about traditional grain crops, this harvest season has been an opportunity to find out more about the growing community food movement in Scotland, writes Mairi McFadyen. This month I’m highlighting a campaign from the Scottish Farm Land Trust, running until 30th November, seeking to make more land available for ecological farming.

For so many in today’s world, there is an alarming disconnect between the food on our plates and how it got there. We know so little about where our food comes from and how it was produced.

Since the 1950s, farming practices have shifted away from localised, traditional methods of food production towards mechanised industrial-scale chemical-intensive monocropping. To produce food on an industrial scale, you need to take a variety, make it uniform and stable, and use this to create a monoculture – which doesn’t work without the use of artificial fertilisers and chemical pesticides. This goes against the fundamental nature of living things which are diverse and able to adapt to their environment.

Across the globe, this method of farming has undermined or eradicated diverse and self-contained rural economies, traditions and cultures, wedding farmers and regions to a wholly exploitative system of neoliberal globalisation and inequality. Globally, we have a food surplus in the West – alongside a public health crisis of obesity and type two diabetes – and a food deficit in areas across the Global South, with millions starving. We waste over a third of the total amount of food produced.

The increasingly globalised and geo-politicised food systems that transnational agribusiness promote are not only not feeding the world, they are responsible for some of the planet’s most worrying environmental crises. We’re depleting our soils, we’re cutting down our forests and causing floods, we’re using unsustainable quantities of water, we’re killing our wildlife and destroying the biodiversity on which all farming ultimately depends.

The management of our food systems will determine whether agriculture helps to mitigate or contributes to climate catastrophe.

“Climate change isn’t just about greenhouse gases – it is about land rights, agriculture, natural resources, and the right to manage them for the greater good. The food system is a central part of this fight – what we eat is responsible for more carbon pollution than all the world’s planes, trains, and automobiles. Between the forests and fields converted to agriculture and pollution directly from farming, what we eat accounts for nearly a third of all the gases contributing to climate change.”

‘Food, Farming and the Climate Crisis: How We Can Feed People and Cool the Planet’, Landworkers Alliance 2019

Changes in temperature, precipitation patterns, drought and extreme weather events are already affecting agricultural productivity both globally and locally. In the face of the unparalleled threat of climate unpredictability on our food supply, we must build local and community resilience and we must call for a dramatic change in our methods of production and distribution. 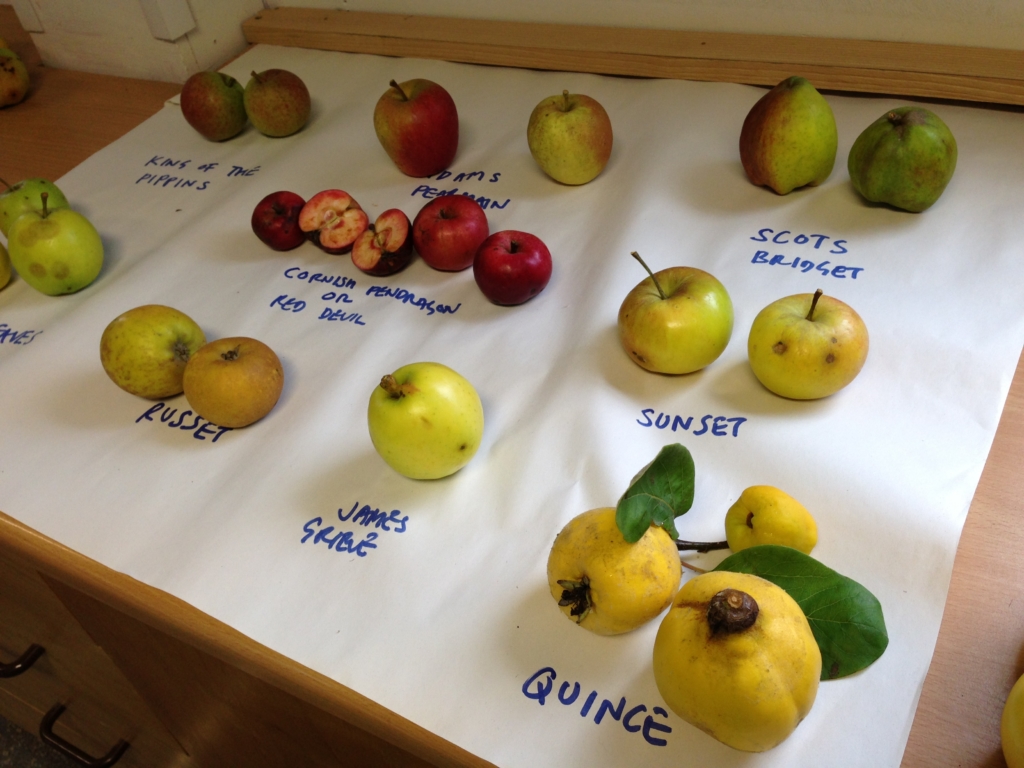 The Seeds of Agroecology

The challenge of the 21st century is to meet the needs of all within the means of the planet: in other words, to ensure that no one falls short on life’s essentials (from food and housing to healthcare and political voice), while ensuring that, collectively, we do not overshoot our ecological limits. This is the premise of Kate Raworth’s Doughnut Economics (2017).

How do we sow the seeds of a better food system? How do we produce food in a way that makes a positive contribution to both the health of communities and the natural environment?

Those involved in the global agroecology movement see ecological farming as a force for radical change, offering a political-economic critique of modern agriculture and the vested interests that determine it.

Agroecology is a model of agriculture that works with the diversity of nature, as opposed to agroindustry which extracts natural resources intensively on a very large scale for profit maximisation. Agroecology simultaneously applies ecological and social principles, combining science with the traditional, practical and local knowledge of producers. It encourages democratic, decentralised decision-making by farmers and incorporates practical, low cost and ecology-based technologies for productive farming.

Agroecology is now widely recognised as both a mitigation and adaptation strategy for climate change. Social movements around the globe – many with significant leadership by womens’ and indigenous organisations – are coalescing in campaigns for a healthy food system built on both an environmental and human rights ethos.

Not only do agroecological farming methods strengthen ecological resilience in the face of today’s climate crises, they empower people politically, socially and economically, offering a path forward for growing food to feed us all. 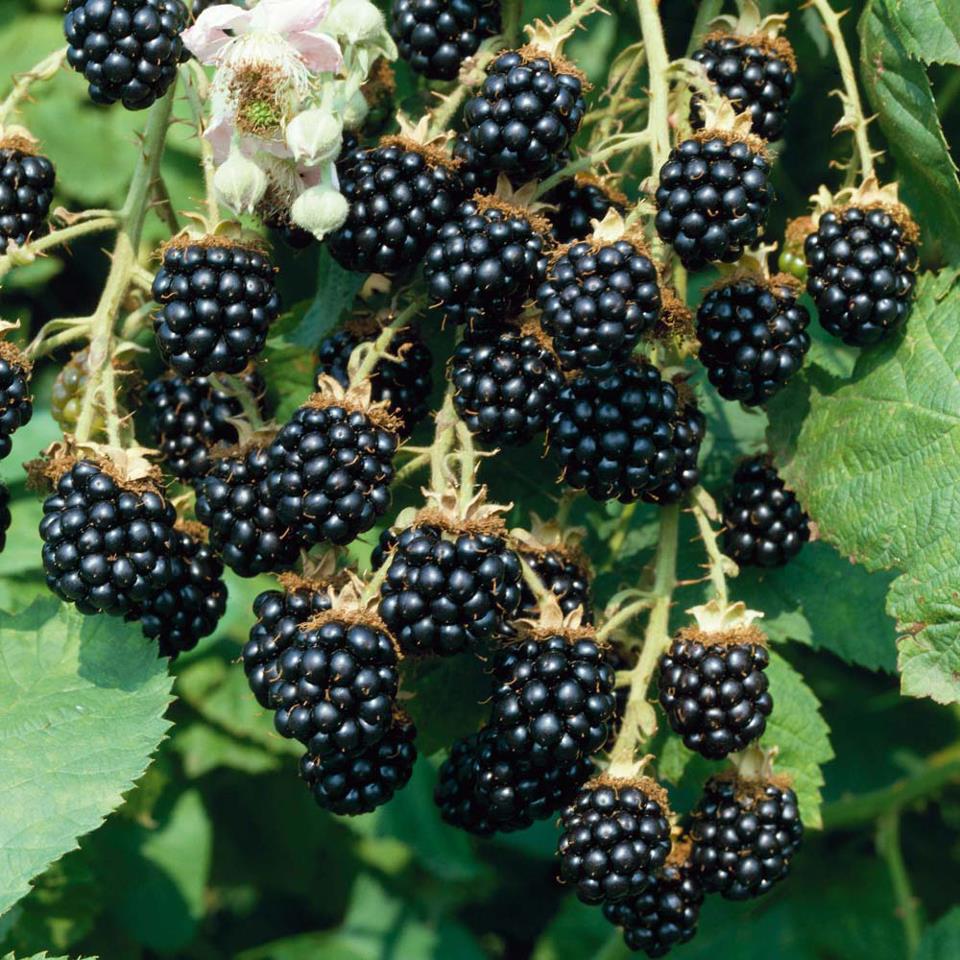 Earlier this year I was invited by Rosie and William from Perth & Kinross Common Weal to come and chat to the local group who meet in Blend café each Wednesday. I was welcomed by a lovely bunch of interesting folk who were keen to tell me all about the local projects that they are involved with – a community forest buy-out, local growing projects, a community farm among others. We had a great energising chat about the convivial spirit at the heart of these ventures.

I was given a bed for the night by horticulturalists Margaret and Andrew. The following morning, over breakfast, they spoke passionately about their interest in and love of gardening and growing and told me more about Blackhaugh Community Farm which they are both involved in. Before heading north, I stopped in to see for myself.

Located on the edge of the village Spittalfield in Perthshire, Blackhaugh farm is a 43 acre piece of land stewarded by a local action group in the common interest since 2015. The site is home to Andrew’s own Apple Tree Nursery, where he grows and grafts a range of fruit trees, nut bushes and fruiting shrubs. Many of his trees are traditional Scottish varieties or unusual cultivars, grown sustainably and specially selected for their hardiness and suitability in our varied Scottish climate.

The farm is based on agroecological principles, with the aims of supporting people to live, work and learn from and on the land through growing healthy food, creating community spaces and sharing knowledge. Since 2015, the group have renovated a farmhouse, planted over 500 trees, set up the Taybank Growers Cooperative (a 4 acre market garden which grows fruit and vegetables for sale locally through a box scheme and honesty shop), converted outbuildings into useful spaces, provided grazing for sheep and cows and hosted the first ever Scottish Scything Festival!

While I was there, I met Johnny, the owner of the farm, and Roz, a tenant, who was hard at work preparing the veg boxes to go out that week. Roz was keen to tell me about another organisation she is involved with, the Scottish Farm Land Trust (SFLT). Set up by a group of farmers and environmentalists in 2015, this project takes inspiration from initiatives across Europe acting to successfully secure farmland in trust to be managed democratically for those who want to start farming using agroecological methods. 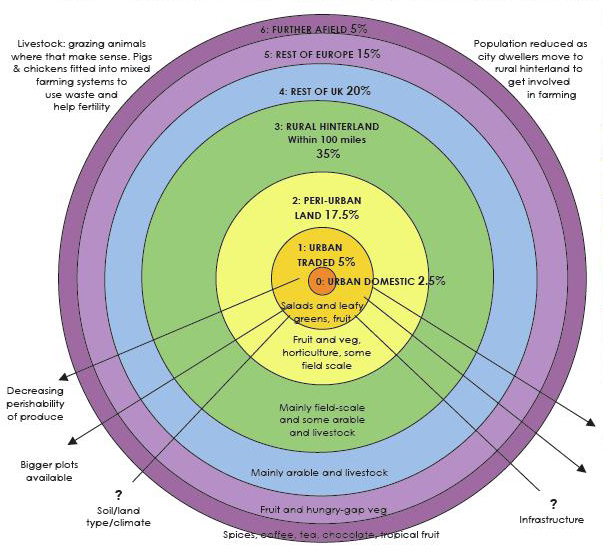 Both Roz and Jonny are founding members of the SFLT, motivated by their own personal experiences of trying to find land and suitable tenants for agroecological farming alongside a desire to create a system and structure to support others in a similar situation:

“We want to see a food system where farms are connected to their communities and produce nutritious food in a way that makes a positive contribution to the health of communities and the natural environment. This can be achieved by supporting small-scale agroecological farms. We want to see our farming system thrive, with a greater diversity of farmers and business models. Improving access to land and widening participation in the ownership of land is essential for this to happen.”

The SFLT are currently holding a crowdfunding campaign until the end of November to raise funds to develop their organisation (at this time, the board is entirely voluntary) and put their plans into action. They are keen to support a new generation of farmers to lead the change in farming that they believe Scotland really needs.

The story of the SFLT began in 2015 when a few of the founding members visited Terre de Liens, a civil society organisation created in 2003 to address the difficulties faced by agroecological farmers in securing agricultural land in France. In just 15 years, Terre de Liens have been successful in purchasing over 3500ha of land, creating tenancies for over 200 farmers and raising €65million in public share offers. This is a model that works.

The Scottish team was then invited to join an EU-wide incubator project (2015 – 2017) for Land Trusts run by the Access to Land EU Network, involving case-study visits to the Czech Republic, Greece and Poland and to more established land trust organisations in Germany and France, allowing those involved to learn slowly, make connections and build relationships.

In 2017, the SFLT worked with Nourish Scotland to run a survey of the general public to find out how many people wanted to start farming agroecologically in Scotland. Over 1000 people responded; significantly, 71% of those who did want to start farming said that access to land was the biggest barrier – a problem reflected across Europe.

According to the SFLT’s research, in the last 10 years, the value of farmland in Scotland has increased by 85%, while farm incomes have increased by only 15%. Moreover, the price of agricultural land itself is typically higher than could generate a return from agricultural production. Farmland is largely seen as a commodity on which to speculate, rather than a public good providing good quality food.

Scotland has a more concentrated pattern of land ownership than most other European countries. The trend is towards further consolidation of this inequality: existing landowners are more able to buy land for sale than new entrants.

For those not in a position to purchase land, the options for renting are limited and the number of agricultural tenancies is falling. In 1913, there were over 70,000 available in Scotland; this fell to under 15,000 by 1980. In the last 20 years, the number has fallen again by over 40% – despite legislative changes attempting to reverse this trend. There is a huge need for change.

Earlier this year, the Scottish Land Commission published a research paper on increasing access to farmland. Here, the SFLT was highlighted as a ‘new model to increase land availability for new entrants’, a model which has already been demonstrated to be successful elsewhere.

By working collaboratively with other organisations that make up the ecology of food justice groups in Scotland – such as Nourish Scotland, the Soil Association, the Scottish Crofting Federation, Landworkers Alliance, Organic Growers Alliance and others – the SFLT hope to build and support a new network of agroecological farmers more strongly connected to their local communities, creating opportunities for more people to get involved. The SFLT also hope to be able to influence policy around tenancies, organic agriculture and land distribution, advancing rural regeneration and the transition to a more sustainable agriculture in Scotland.

The enormity of climate and ecological breakdown and social collapse can easily overwhelm. One very tangible thing we can do is support those projects that are coming up with practical solutions and catalysing radical change. You can donate to the Scottish Farm Land Trust’s crowdfunder here ,

With thanks to Margaret and Andrew for their hospitality and to Roz Corbett for her help with compiling the background information and sources for this column. 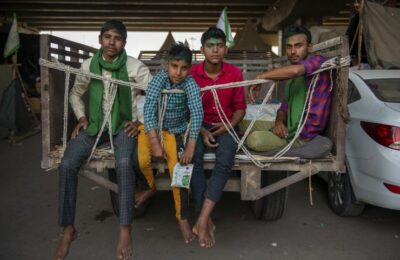