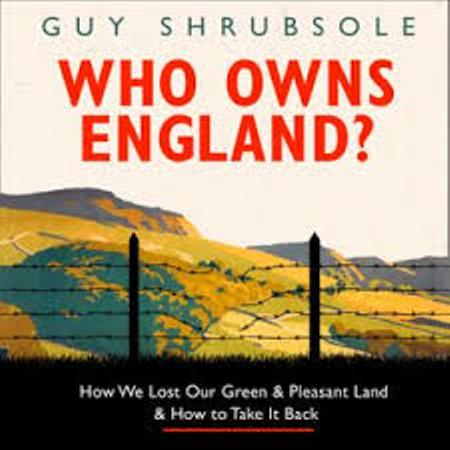 The remarks I make below about Guy Shrubsole’s book are sharply critical. They are made, despite that, in a spirit of solidarity, and with a wish for a deeper debate on the issue of property forms and their links with the destruction of nature.

In a context of rising levels of global struggle against poverty and ecocide highlighted in Britain by the Corbyn project, renters’ unions like Acorn, and Extinction Rebellion, Guy Shrubsole’s ‘Who Owns England’ is a hugely welcome review of who-owns-what land. His research group’s work is exemplary, and cracks open many well-kept secrets.

I thoroughly recommend this book as an information source. Buy it.

And yet…I struggled to read it through to the end. Lots of it made me uneasy and frustrated. There was something about it that reminded me of reading Sunday Telegraph magazine articles on aristocrats and their stately homes, or the Sunday Times Rich List…a smidgeon of fascination with that which it hates.

It widens the exposure of landownership pioneered by such as Kevin Cahill, David Cannadine , and – above all – Marion Shoard, but theoretically and programmatically it says little. Its prescriptions are timid indeed, and, though it shouts (and I join in) the slogan “This land is ours!” it actually calls for no more than a modernising and tweaking of the system of property relations which power the extinction event in which we live – its destruction of nature and our countryside, the growth of mega-cities, the destruction of land based labour and of our soils, and the impoverishment of our food.

This programmatic timidity is exemplified by the book’s call for “the resetting of the social contract between the landed and the landless, obliging landowners who might otherwise try to make a quick buck from their land to instead look after it for the long term”. This recycled liberalism grossly under-estimates the cultural power and agility of capital, the ramified links between its patterns of ownership and its dynamic in-built destructive drive for expansion and control. We mustn’t waste time attempting to put lipstick on the face of this monster.

The book’s depressing accommodation to modernising landowners is exemplified by its adulatory remarks on the Knepp rewilding project, which I know well, having walked that countryside for some 55 years. For sure, it is a good place to hear Nightingales, Cuckoos and Turtles, but it was even better birding (as was the whole of that Wealden countryside) when it was a place of mixed small farms, producing the ordinary foods we need, up until the triumphant completion of agri-business’s productivist revolution some half century ago.

Global capitalist agriculture abandoned the moderate soils of the Weald, preferring to turn the countryside of eastern and central England into a barley barons’ desert. On those better soils, and in the land-grabbed poor world the rich now make their profits. In the Weald, the Highlands, and the African national parks they spend their profits.

They ‘safari’ in Africa and they ‘safari’ too at Knepp, in a model of countryside usage which should be inimical to any advocate for nature, for whom the ending of our deep alienation from nature surely must mean returning the natural world to our humdrum living environments, not making nature a place to ‘safari’ out to.

Yet Shrubsole argues that we should ramify this division between nature-on-peripheral-wastes and food-productivism-at-the-centre, when he tells us that “to free up large tracts of land for wild nature, it makes sense to do so in areas of sparse population, and where agricultural productivity is low”. Abandon hope all ye who think that our human home is in a palimpsest with nature!

Shrubsole wastes space in nostalgia for ‘gavelkind’ (partible inheritance) and the end of landowning male primogeniture, like some 18th century rationalist, though the partible division of our woods under the dreaded sign “Woods for Sale” presages the proliferation of “Private Keep Out” signs, and the partible division of one great estate near me has meant the dereliction and destruction of ancient meadows and rides. It is social ownership, socially managed, that we need, not partible land division.

Instead of fiddling with the reintroduction of land covenants (now no longer sought by the National Trust) and nibbling at the edges of the problem (which is what even the end of secrecy, land value tax, and a community right to buy mean) we need an emergency approach – for we live in an extinction emergency, not just a climate emergency. That language of ’emergency’ is something that resonates even with the owning class, for they used such measures during world war two, requisitioning “almost a quarter of the country” – in Shrubsole’s words, though he does not build upon that evidence.

We need demands that relate to current levels of consciousness, but have a dynamic which moves beyond capitalist relations – and the language of “emergency”, “requisition” and “extinction” does resonate with the homeless and the witnesses of nature’s destruction. Councils should be obligated and funded to requisition enough under-occupied dwellings (preferably better quality ones) to meet housing need. Councils and the national state should be obligated to requisition and restore all land where ecosystems are damaged or neglected. Council’s should be obligated to assemble sufficient farmed land that it be cooperatively organised to directly address local food needs for locally grown products (by retail, not wholesale distribution). All open land should be covered by compulsory agri-environmental measures, with democratic oversight, and funding should be means tested. No landowner who can afford to do that work should be paid by us to do it.

And please, let’s forget the language of ‘fair’ prices for public land acquisition. If you do not need the land you own, you do not need market recompense for losing it.

After all, the earth is a common treasury, as Gerard Winstanley said. 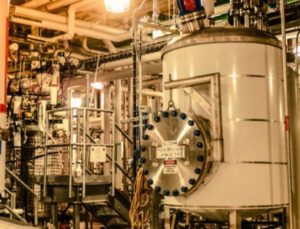