According to the World Health Organisation, the Covid-19 pandemic is still accelerating globally; infections have doubled in the past six weeks. This is another sharp reminder that today’s model of human society is no longer fit for purpose and is exposing us to ever more frequent and dangerous zoonotic pathogens.

Set against this sobering reality – and with a massive rise in unemployment looming as the furlough scheme is brought to a premature end – Sunak’s package is entirely inadequate.

Having created one of the highest death rates in the world – through levels of incompetence that only a bunch of reactionary nationalists (in this case little Englanders) can achieve – Johnson’s government has now panicked and is bribing people back to work and into pubs and restaurants in England before it is safe to do so in order to appease a terrified business community. This is a massive wager on a second major virus outbreak, and a massive gamble with people’s lives. A second major outbreak is predicted by the Academy of Medical Sciences this winter that could double the current death count.

Worse than that, it is taking Britain in exactly the wrong strategic direction. Far from using investment to bring about radical change towards a sustainable future, it is designed to do exactly the opposite: i.e. to use it sustain and rebuild exactly the same carbon-based, nature-destroying model of society that is at the root of the problem.

It is both a massive missed opportunity and an exercise in criminal negligence. Investment is indeed crucial. What we need, however, is massive investment to reshape society on a new and sustainable basis, not investment to sustain a failed and dangerous status quo.

Sunac’s stance has also widened the gap between the Welsh Assembly and the Scottish Parliament from Westminster and in Scotland has significantly strengthened support for independence.

The ecological content of the package is disastrous. Sunak’s decision to put 2 billion pounds into retrofitting the housing stock (and another billion into public buildings) is an important move but pathetic when set against the scale of the problem. It falls well short of Johnson’s empty blustering rhetoric, and also of the Tory Party manifesto. It offers nothing to those in social housing other than the government will further consult on it and make an announcement at a later date. The real indicator of the direction of travel of the government can be seen in its proposed expenditure on ‘upgrading’ the road network.

Tragically, it also comes at a time when opportunities were opening up with a growing public demand for investment in a green recovery. A recent YouGov poll for the Guardian showed that just 6 per cent of the public want a return to the old pre-pandemic model of the economy. The rest want the lessons of the pandemic to be learned and for real change to be put in place.

Even the government backed citizen’s assembly meeting in Birmingham recently, said the measures taken by the government to help the economic recovery from Covid-19 should be designed to encourage lifestyle changes to cut emissions. The “Build Back Better” campaign launched by organisations such as Green New Deal UK, Greenpeace and the New Economics Foundation, has also attracted wide support.

The pandemic itself has pointed towards what is possible. Since the lockdown, air pollution has improved and carbon emissions have fallen. Nature is re-colonising habitats that were dead prior to the lockdown. Global emissions have reduced by a record amount, though still inadequately since fossil fuel remains the main energy source. To throw all this away would also be criminal negligence.

There is a big international push now to get aviation back into the air at pre-pandemic levels. This would be a disaster. We have to demand that the cost of flying is increased. Airport expansion must be halted and all subsidies to the industry ended. The zero tax rating on aviation fuel should come to an end and a frequent flyers tax introduced. Internal short-haul flights should be banned and both internal and international rail services improved as a replacement.

Labour’s response to the crisis should be clear enough. It should be to relaunch and build on its impressive Green New Deal as agreed at last year’s LP conference. This was the one of the most comprehensive ecological proposals ever put by a major political party challenging for office – and one which was denounced by the Tories at the time as recklessly profligate.

This was reflected in the 2019 election manifesto including with the proposal of a £400 billion National Transformation Fund:

‘We will launch a National Transformation Fund of £400 billion and rewrite the Treasury’s investment rules to guarantee that every penny spent is compatible with our climate and environmental target... Of this, £250 billion will directly fund the transition through a Green Transformation Fund dedicated to renewable and low-carbon energy and transport, biodiversity and environmental restoration.’

It pledged to kick-start a green industrial revolution that would create a million climate jobs in energy, transport, agriculture, buildings and in restoring nature. It pledged, for example, to retrofit all of Britain’s 27 million homes by 2030, creating large numbers well-paid green jobs on union rates and conditions.

On energy it committed: “to put Britain on track for a net zero carbon energy system within the 2030s”. (This was a retreat from the Labour Party conference more definitive resolution of zero carbon by 2030, but it is far superior to anything the Tories are proposing. It also included nuclear energy which is also controversial).

On a ‘just transition’ and workers transitioning from fossil based to green jobs it pledges to: ‘support energy workers through the transition and guarantee them retraining and a new, unionised job on equivalent terms and conditions’.

On public ownership it pledged to: “... put people and planet before profit by bringing our energy and water systems into democratic public ownership. In public hands, energy and water will be treated as rights rather than commodities, with any surplus reinvested or used to reduce bills. Communities themselves will decide, because utilities won’t be run from Whitehall but by service-users and workers.”

This legacy, like many of the other gains of Corbyn’s leadership, is even more relevant today. The left in the party need to step the fight for these policies, building stronger links with those outside whether already organised in groups like XR or newly radicalising through the experience of the pandemic.

There is a problem, however – and it’s a big one. It is clear that Keir Starmer is going in the opposite direction. He has moved Labour overall sharply to the right and let Johnson off the hook with his managerial approach, lack of vision and class content, and his ‘we are a constructive opposition’ mantra. This has allowed Johnson to undermine him by saying that he can’t make his mind up whether he is for the government or against it. He has also set up Labour for the Armed Forces to appeal to English nationalism.

On the environment he has clearly signalled that he will not support 2030 as any kind of zero-carbon target. He has given the climate change brief to Ed Miliband and sacked Rebecca Long Bailey, the main architect of the Green New Deal on trumped up charges of antisemitism.

Even if this has some electoral advantages for him short term, it is, in the end, a road back towards the dead-end consensus politics that dominated the political reality for so long and has been a disaster for both people and planet.

The left must organise

Red Green Labour, hopefully alongside Labour for a Green New Deal, needs to launch a campaign inside the Party for the re-launch Labour’s Green New Deal, with a clear demand for zero carbon by 2030 reinstated, both as the centre piece of our approach to the climate crisis and of our campaign towards COP26 in Glasgow.

At the same time any Labour GND must demand that the rich countries have to provide adequate funding and resources to the poorer countries of the Global South that are hardest hit by climate change. These countries, which cause the least pollution, are suffering prolonged droughts and flooding leading to many deaths and the displacement of thousands of people. Meanwhile, the effects of the Covid 19 pandemic on malnourished populations are particularly devastating.

Labour’s Green New Deal as expressed both at the Labour Party conference and in the manifesto must be defended. Those proposals were the product not only of the increasing severity of the crisis itself but of the new level of struggle to defend the planet led by Greta Thunberg the inspirational school strikers and the spectacular XR protests. They represented a remarkable step-change in the response to the environmental crisis at governmental level.

And beyond the documents themselves, there were and continue to be broader political discussions. RGL sponsors in different parts of Britain engaged in discussions about the need to tackle the whole question of growth – so often trotted out by people in the Labour Party and the trade unions as a key goal for our movement. Others are involved in elaborating local plans for zero carbon by 2030. Some of us have looked at bringing together the call for Green jobs ie those that replace the use of fossil fuels with those that reduce our carbon output with one for Purple jobs. This latter term is used by many socialist feminists to describe jobs in services such as health, care and education – essential jobs as this pandemic has underlined, and which are traditionally seen as ‘women’s work’. Bringing such jobs back into the public sector, fighting for trade union recognition decent pay and conditions and services receptive to the needs of local community also needs to be part of an ecosocialist vision for the future. .

It would be a disaster, for example, if industrialised agriculture, meat production in particular, was to continue in the old way. It is not only generating zoonotic viruses that threaten all our lives, but it is ramping up climate change through ever increasing methane generation, polluting the oceans through agricultural runoffs, and is a massive contributor to deforestation and the extinction of species.

It would be a disaster if all this was lost with the return of some kind of ‘normality’. We have to insist that there is no return to past levels of pollution and that ‘post-pandemic’ investment will be used to build for a zero-carbon sustainable future. 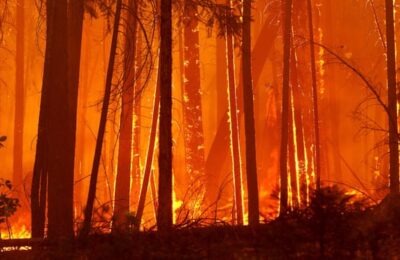