Johnson’s much vaunted 10-point eco-plan is totally inadequate as a green recovery from the Covid-19 crisis – or build-back greener as he likes to put it, writes Alan Thornett. 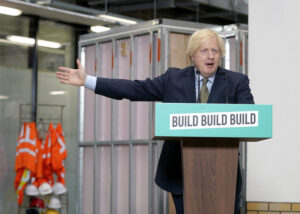 His claim that the package would create up to 250,000 jobs is a sick joke. Even the £12bn funding for it is fake, since only 3 billion of it is new money.

Labour has rightly called it “deeply, deeply disappointing”, saying it would neither properly tackle the climate emergency nor the jobs crisis caused by coronavirus – and they are right.

On one hand it is a pathetic attempt to claw back some personal credibility following his disastrous handling of the Covid crisis on the other it is a response to pressure from UN Secretary-General, António Guterres, for Britain to set an example when it hosts the COP 26 climate summit at the end of next year in Glasgow.

Guterres has appealed to the developed countries to set far more ambitious targets in Glasgow – known as a nationally determined contributions (NDCs) – than those in Paris; which if unchanged would result in a disastrous temperature rise of between 3 per cent and 4 per cent by the end of the century.

In a stark end of year message, Guterres pointed to a year of global upheaval, with the coronavirus pandemic causing governments to shut down whole countries for months at a time, while wildfires, hurricanes and powerful storms have scarred the globe.

Humanity, he said, is waging war on nature. “This is suicidal. Nature always strikes back – and it is already doing so with growing force and fury. Biodiversity is collapsing. One million species are at risk of extinction. Ecosystems are disappearing before our eyes … Human activities are at the root of our descent toward chaos. But that means human action can help to solve it.”[i]

He listed the human-inflicted wounds on the natural world as the spread of deserts; wetlands lost; forests cut down; oceans overfished and choked with plastic; dying coral reefs; air pollution killing 9 million people a year, more than the current pandemic; and the fact that 75% of new and emerging human infectious diseases have, like Covid-19, come from animals.

Some of these pledges are dangerous and/or fraudulent. Nuclear power is dangerous, expensive and unnecessary. Hydrogen is inefficient and unproven. Carbon capture and storage has been long discredited. In 2015 government research was abandoned after it had failed to find a cost effective formula.

Others are inadequate and/or under-funded. The pledge of £1bn for insulating homes next year is ridiculously inadequate and pales when set against the £27bn just announced for road building and the £100bn being spent on HS2. The promise of greener energy for aviation and shipping is particularly vacuous, without a word on  how it would be achieved. The pledge to plant 30,000 hectares of trees each year has little detail and the pledge to expand public transport, cycling and walking is undated and un-costed.

The pledge to quadruple off-shore wind generation by 2030 to 40GW has some merit. The problem is the costing for it is massively underestimated. According work done by Aurora Energy Research in Oxford, such a scheme would require a gigantic £50bn budget – which does not sit easily with Johnson’s figure of just £12bn for his whole package, even if that was a real figure. Off-shore wind is, in any case, twice as expensive as on-shore wind. Johnson would also have to get his skates on since Arora estimate that meeting such a target would require one turbine being fitted every weekday for the next 10 years.

There is one proposal in the package, however, that if carried through, would make a serious difference to both GHG emissions and air pollution.

This is the pledge to ban the sale of the internal combustion engine (ICE) – i.e. cars and vans – by 2030. There would be grants for the purchase of such vehicles and funding for charge points. Hybrid vehicles would be banned from 2035. This brings forward a pledge already made by the Johnson government from 2035 to 2030. The only country now pledging an earlier date on this is Norway, which is proposing 2025.

The left should welcome this development and hold Johnson to it. Greenpeace has rightly called it a “landmark announcement that signals the end of the road for polluting cars and vans and a historic turning point on climate action.”

Such a ban addresses two major aspects of the global ecological crisis.

The first is greenhouse gas (GHG) emissions. Road transport is in the same league as agriculture when it comes to GHG emission, accounting for around 20 per cent of the global output. Once the grid is decarbonised the electrification of road transport would represent the biggest reduction in carbon emissions ever made.

The second is air pollution, of which the ICE is the single biggest global culprit – particularly in the cities at street level through nitrous-oxide emissions. The World Health Organisation has identified the ICE as the single biggest environmental outdoor health risk in the world, contributing to 3.7m deaths a year. The abolition of the ICE would be a major step forward in world health.

Even at the current level of technology, and with the grid still to be decarbonised, the proportion of electric cars (i.e. plug-ins) in use expanding rapidly. This is led by Norway which is at 70 per cent but usage is rising sharply in Germany, the Netherlands and Britain. At the same time the sales of ICE cars is dropping all the time. We need is a major reduction in the overall number of cars on the road but whatever the total, EVs have a lower impact on the planet than the ICE.

Another important issue originally to be addressed in the plan was the use of gas for domestic heating – another major emitter of CO2. A previously announced proposal to ban the sale of gas boilers after 2035 was expected to be included in the plan brought forward to 2030 – with a recommendation for hydrogen to be used as an alternative. This, however, was withdrawn shortly before the plan was published without explanation.

It appears to have been the commitment to hydrogen that caused the proposal to be dropped – following protests from the industry that it could not be delivered. The Mail Online, for example, claimed that 20 per cent of the UK’s gas pipe network is not yet ready to safely carry hydrogen.[iii] It also claimed that there is not as yet a single hydrogen boiler ready for sale for consumers and only two prototypes currently being tested.

The left should oppose the use of hydrogen for domestic heating, which is being pushed hard by the fossil fuel industry. A very good article in the current edition of the Ecologist by Gabriel Levy makes the case very well.[iv] Leeds Trades Union Council has also launched an important campaign advocation retro-fitting the housing stock but opposing the use of hydrogen for domestic heating.

Levey argues that the reason that the oil and gas companies support the switch from gas to hydrogen is because they see it as a survival mechanism in the face of decarbonisation. Since hydrogen is not an energy source but a delivery and storage medium which favours gas as its energy source a switch from gas to hydrogen would equate to business as usual. If the gas grid is switched to hydrogen he argues: “that would block for good the electrification-and-insulation approach, that heats homes better, more cheaply, with technology that we know works, and is truly zero-carbon. “We will be locked into extra dependency on fossil fuels, instead of speeding the shift away from them.”

All this, he says, “stands opposed to the approach recommended for years by housing policy experts and architects: to use insulation to slash the amount of heat needed, and install electric pumps which work like fridges in reverse.”

Johnson’s enthusiasm for hydrogen, however, seems to be attracting some inward investment. The Norwegian company Equinor (formerly Statoil) has unveiled proposals to establish a major facility in Hull for manufacturing hydrogen from natural gas using carbon capture and storage to deal with the emissions. The problem they have is that both are unproven technologies, not least in terms of economic feasibility.

All this reminds us that COP26 in Glasgow along with the counter-summit and other activities is the premier even in the climate change calendar for next year. It is the job of the left to pull out all the stops for a maximum mobilisation. 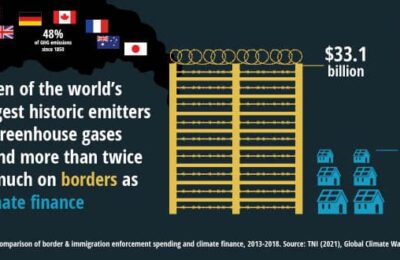