This article by Eleanor Salter of Labour For A Green New Deal first appeared in Tribune and is an important contribution to the debate on class, race and urban pollution.

Earlier this month, Ella Kissi-Debrah became the first British person to have air pollution recorded as a cause of death – but she won’t be the last. In poorer urban communities, it is increasingly a matter of life and death. 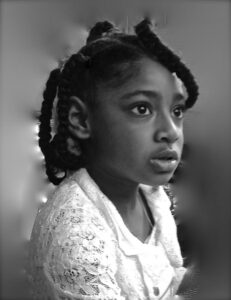 Ella Kissi-Debrah grew up in Lewisham, South London and was an active and busy child who loved sport and music. Her home was close to one of the busiest highways in the capital, the South Circular Road. At the age of seven she began to develop a rare and complex form of asthma. Within three years she was hospitalised 27 times and died in 2013 after suffering a severe asthma attack.

Since 2013, Ella’s family have been seeking the true cause of her death. Her mother, Rosamund, founded the Ella Roberta Family Foundation in her memory, to raise awareness of the dangers of asthma in children and to campaign for clean air in London.

On 16 December, justice was secured for Ella: an inquest found air pollution contributed both to her developing asthma in the first place and then exacerbating the condition. Ella became the first person in the UK to have air pollution exposure listed as a cause of death.

This verdict has been widely welcomed, particularly by Ella’s family whose diligent and powerful campaigning brought about a landmark ruling.

But campaigners hope that this legal precedent ushers in substantive action on illegal levels of air pollution. The verdict has raised questions about political accountability, environmental racism and the urgent policy changes required to ensure all children grow up breathing clean air.

The health impacts of air pollution are profound. Almost 40,000 people are estimated to die from air pollution exposure every year in the UK. Global estimates put the death toll at 7 million. It also has significant impact on child development and can cause chronic, lifelong disability and illness.

Like many health conditions, the harms of air pollution are not evenly distributed throughout society. Social determinants – factors like class, race, education and living environment – play a significant role in health and well-being. As Lloyd Russell-Moyle noted in Tribune earlier this year, it is the poorest and most marginalised in our communities who are forced to live near motorways, heavy traffic congestion or under flight paths.

Tackling air pollution is therefore a social justice issue. It is also a public health crisis that is intricately linked with climate change. Both global heating and unsafe levels of pollution are symptoms of the same problem – an energy model that is addicted to fossil fuels. One of the main toxins produced from burning fossil fuels is black carbon, for example, which accounts for up to 15% of urban exposure to particulate matter and is the second greatest contributor to global warming after carbon dioxide.

Severing this addiction to fossil fuels requires concerted and decisive action from local and national governments. It demands rapid decarbonisation and a total transformation of our current energy model.

However, in a year of flux during which radical change seemed more necessary than ever, governments around the world have funnelled more than half a trillion dollars into bail-outs for high-carbon industries. The UK Supreme Court has overturned a block on the third runway at Heathrow. Rishi Sunak has doubled down on the government’s commitment of £27bn for roadbuilding. Even low-traffic neighbourhoods (LTNs), seemingly the most parochial of climate policies, have become the unlikely arena of direct action; councils have bowed to motorist pressure to rip out cycle lanes or U-turned on LTNs entirely.

Governmental negligence on clean air is a killer. London is the worst city in Europe for health costs from air pollution, something that has been made sadly clear in the case of Ella Kissi-Debrah. As Sir Stephen Holgate found in 2018, who gathered evidence on the environmental circumstances of Ella’s death, there is a “real prospect that without unlawful levels of air pollution, Ella would not have died”.

A critical component of the transition away from fossil fuels is an overhaul of transport infrastructure. Eliminating dependency on both diesel and petrol cars is crucial both for cleaner air and for the planet: transport accounted for 23% of the UK’s emissions in 2019, excluding aviation and shipping. Traffic is also to blame for roughly 25% of urban air pollution from fine particulate matter.

The mass electrification and expansion of public transport is vital to address the twin crises of air pollution and climate change, alongside state intervention that encourages the use of public and “active” transport, like cycling and walking.

Simply switching to electric vehicles is insufficient. Although this drastically reduces carbon and nitrogen oxide emissions, it doesn’t reduce toxic particulates which arise from tyre, brake and road wear. Only by taking a substantial number of cars off the roads entirely can air pollution be fully addressed. As such, efforts to provide cheap, green transport for all should be a government priority, as a matter of urgency.

Another crucial opportunity to address air pollution arises in the Environment Bill which is currently passing through Parliament. It states air quality is a priority, but campaigners have called for the government to legally enshrine WHO recommended levels of exposure limits for air pollution. This would constrain future transport planning so that it remains within legal limits.

Clean air is a fundamental human right. Rosamund Kissi-Debrah’s relentless campaign for her daughter is a great testament to the power of those demanding justice and safe environments for all. But it is up to those in power to listen, and to deliver serious change. 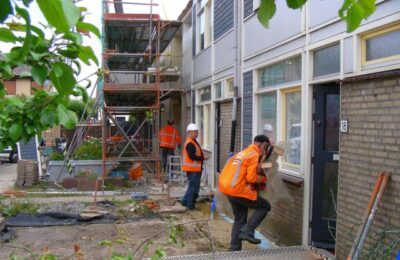 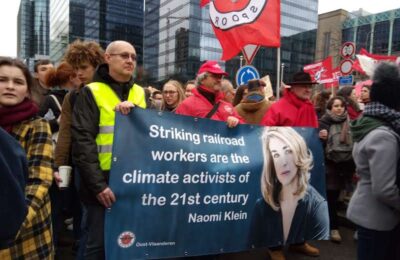