As the Guardian article below explains, one of climate denier Trump’s last acts in office is to sell off Arctic wilderness to oil companies. We demand the incoming Biden administration reverse this disastrous policy and we stand with the  Gwich’in in defence of their ancestral home. See: https://ourarcticrefuge.org/ and https://www.facebook.com/DefendtheSacredAK/videos/394254038319376

In one of its last strikes against the American wilderness, Donald Trump’s administration will on Wednesday auction off portions of the Arctic national wildlife refuge to oil drillers.

The lease sales are the climax to one of the nation’s highest-profile environmental battles. The lands on the northern coastal plain of Alaska are home to denning polar bears and migrating herds of Porcupine caribou that indigenous communities depend on and consider sacred. But the oil industry has long suspected that the ground beneath the plain holds billions of barrels of petroleum.

Once the leases in the refuge, known as ANWR, are sold to energy companies, they would be difficult to claw back. The incoming president, Joe Biden, could, however, discourage development in the refuge by putting regulatory hurdles in the way of drillers.

The refuge has become central to America’s debate over how quickly to stop drilling for and burning fossil fuels as the climate crisis accelerates. Climate experts say there should be no new oil and gas extraction, as the world is already more than 1C hotter than pre-industrial times. Even if humans stopped using fossil fuels today, the planet would continue to heat.

Oil from drilling west of the refuge, at Prudhoe Bay, has fueled the economic development the state has depended on to fill its coffers and write annual revenue checks to residents. That extraction also led to the most damaging oil spill in history, when the Exxon Valdez tanker spewed millions of barrels off Alaska’s southern coast in 1989.

Prudhoe Bay “was the largest oil field ever discovered in North America. Since then we have had more than 1,500 sq miles of oil and gas development in the Alaskan Arctic … but [ANWR] has been off limits,” said Adam Kolton, executive director of the Alaska Wilderness League.

“For us, it symbolizes just what’s at stake here. If you can’t draw a line at the tundra and keep this one area of the Arctic off limits, then the question is, where can you draw the line and what protected part or wildlife refuge in the United States will remain off limits?”

President Dwight Eisenhower designated the Arctic refuge in 1960, and in the ensuing decades, the industry and Republicans pushed for drilling there, while the US was trying to reduce its reliance on suppliers in the Middle East. That push continues even though oil is now plentiful, and a fracking boom has made the US a net exporter rather than importer.

Republicans in the US Congress and in Alaska achieved their goal in 2017, when they inserted a provision authorizing drilling into Trump’s landmark tax bill.

Trump and congressional Republicans argued that the government’s earnings from drilling in the refuge could help pay for the proposed tax cuts, which favored corporations and wealthier Americans. They said development would generate $900m, although an analysis by the non-partisan watchdog group Taxpayers for Common Sense, based on historical bid data, found that it would bring in just a fraction of that amount – no more than $27.6m. That would be split between the federal government and the state of Alaska.

“The fact that this was being offered as an offset was definitely insincere at best, and we thought that was just kind of a joke,” said Autumn Hanna, vice-president of the group.

Taxpayers for Common Sense has argued the government should not be leasing any public land to oil and gas drilling now, while prices for the commodities are low and supplies are high worldwide. During the pandemic, oil demand has plunged as businesses have been shut down and people have driven less.

“We’re not opposed to oil and gas drilling, but we’re opposed to short-changing taxpayers,” Hanna said.

Industry interest in developing new oilfields is so low that some have suggested there might not be any bids for some tracts of land on the coastal plain. The former governors Frank Murkowski and Bill Walker have encouraged the state to bid on any unwanted tracts itself, and last week a state-owned economic development corporation voted to authorize bidding up to $20m.

“If there are no bidders on the lease sales at all, Alaska will likely never be able to develop our oil and gas potential from ANWR,” Murkowski said in an opinion piece in the Anchorage Daily News, where he also noted the oil and gas industry had historically contributed 70% of the state’s revenue.

On Monday, the Trump administration also dramatically expanded the area where the government can lease public land for oil drilling to the west of ANWR.

The plan would allow drilling in 82% of the National Petroleum Reserve-Alaska, an area bigger than the state of West Virginia, according to environmental groups, though the Biden administration could reverse that decision more easily than it could hold off drilling in ANWR.

Native groups in Alaska have fought ANWR drilling proposals with lawsuits. For the Gwich’in, indigenous Alaskans who have migrated alongside the caribou and relied upon them as a food source, the fight is personal. They formed the Gwich’in Steering Committee in 1988 to oppose drilling in the coastal plain, which they call the Sacred Place Where Life Begins.

“We come from some of the strongest people that ever walked this earth. They survived some of the coldest, harshest winters so that we can be here,” Bernadette Demientieff, executive director of the committee, said during an AM radio segment last week. “I feel like this is my responsibility as a Gwich’in, to protect the caribou.”

Polar bear advocates say the habitat is also critical to a population in dire straits from development and rising temperatures that are melting sea ice. The Arctic is heating at a much faster pace than the rest of the world. Polar bear numbers in Alaska and western Canada declined 40% from 2001 to 2010, said Steven Amstrup, chief scientist for Polar Bears International.

“If we want to have the best chance possible of maintaining that population until the time that we stabilize greenhouse gas emissions, we need to protect them on the ground as best we can,” Amstrup said.

Ken Whitten, a former caribou biologist for the state of Alaska, said drilling was likely to displace wildlife. “It’s the core of the Porcupine caribou herd calving area. It’s the major onshore denning place for polar bears in the Beaufort Sea, which is becoming more and more important as the sea ice disappears.”

The plain is a narrow band of land between mountains and the coast, so animals do not have many options when they are forced to relocate, he said. Much of the surrounding area is already being drilled.

“We are a wealthy nation,” Whitten said. “We can afford to leave some areas alone.” 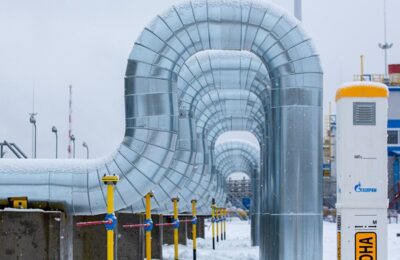 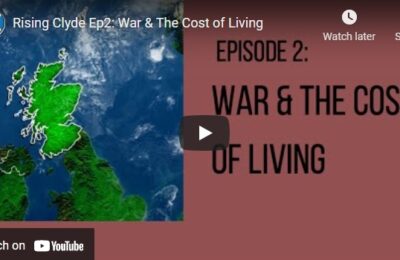