In this overview, Charlie Clutterbuck, who describes himself as a socialist soil zoologist, and author of Bittersweet Brexit: The future of Farming, Food Land and Labour, looks  at what lies in store for food and farming in the UK.

There was much post-Referendum talk about the opportunity to green our farming. There would be ‘public money for public goods’ and we thought that meant improving the earth. There would be a new ‘Environmental Land Management Scheme’ (ELMS) that would replace the old EU system of paying subsidies by land area. 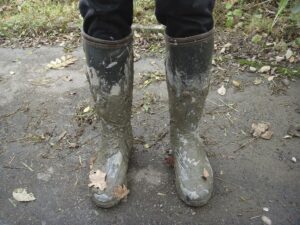 False promises. The real news is not good.  Our author raises the alarm at the way some environmentalists are still seduced by the notion that ‘public money will go to public goods’. He also stresses how supine Labour and the unions have been in general and calls for make food and farming central to our political agenda from now on.

Food and farming will be the sectors hardest hit by Brexit, as they are dependent on all of the three main EU areas we are leaving – its Institutions, the Single Market and the Customs Union.

During the referendum campaign those who are in our present Tory cabinet lied to farmers and food producers all the way, saying that subsidies would stay, standards would be maintained and there would continue to be friction-free delivery of fresh food. It is not true. All the signs are we are heading off across the world in search of “cheap food”, inflicting damage on many UK farmers, food producers and consumers for generations to come.

Let’s look at the effects under the headings of the changes that will be required to our laws and institutions, the single market and the customs union regulations.

Much of our food production depends on migrant workers – both in the plantations in the Eastern counties but also in abattoirs and food processing and with many vets coming from the EU. It was hostility to the numbers working in the arable plantations of the Eastern counties of England which boosted support for Brexit in the early days. In all the talk about ‘skills-dependent migration’, these workers are considered as ‘low skilled’ – despite none of us wanting to do the work, even when furlough was paying for many. Prime Minister May did away with the scheme that controlled the number of pickers, but Johnson has re-introduced it to allow 30,000 migrant workers. In future they will come not just from the EU but also from Asia and Africa.

Coming out of the much criticised Common Agricultural Policy means the UK can change the way it supports farmers. Time and again farmers were promised subsidies would stay much the same – important if you are dependent on subsidies for 80% of your income. In December 2020 it was finally spelt out that half of all subsidies would be gone by 2024 to be replaced by money for environmental ‘goods’. However while we now know where, when and how this (£1.8 billion) will be taken by the Treasury, we do not know where a penny of these cuts have been allocated for environmental improvements.

For four years the government has been going round saying the subsidies would be phased out and replaced by ‘public money for public goods’. It was popular as we knew the old system benefitted rich landowners. We all piled in with ideas for ‘public goods’ and I was particularly hopeful that would include improving ‘soil health’. Gove mentioned ‘soil health’ eight times in the 2018 Defra publication ‘Health and Harmony: the future for food, farming and the environment in a Green Brexit’. Two million tons of our best soils (Grade 1 &2) are being washed into the sea from arable land – the same plantations in the East growing our soft fruit and vegetables. But Defra have already decided that ‘soil health’ is not a public good – but ‘a natural asset from which public goods flow’. In fact the government has done away with minimal EU requirements for arable farmers to look after a small proportion of their  land (see They promised the earth) and are delivering nothing.

Yet many environmental activists are still in thrall. All we know is future monies will be via ‘grants’ for a ‘pie in the sky’ list of projects. These will favour larger farms who know their form filling and those who have ignored making improvements previously but can now get some money for doing so The winners will be the sinners. I predict a few Ministers’ mates may benefit with a few big projects, ‘beautifying the landscape’ as Johnson said in parliament in December. It is classic romanticisation of the countryside while leaving rural areas to struggle even more. I suggest we campaign to get that £2 billion subsidy saving to a ‘Carbon Credit Fund’, administered – transparently –by scientists and citizens.

2. Changes as a result of leaving the Single Market

The Single Market encouraged improvement in standards by protecting our farmers from cheaper foods from abroad that did not meet these standards. This is why there is all the talk about level playing – or should that be ‘ploughing’ – fields.

Many standards apply to food and farming, concerning animal welfare, health, safety and the environment. These ‘non- tariff’ barriers can be a bigger barrier to many countries than mere tariffs – i.e. taxes. China and India complain they cannot get access to EU markets because of these standards. Any trade deal we do with such countries will involve compromising those standards. India has already made it clear it wants to be able to export basmati rice without having to comply with EU food standards on fungicides (and we all know about the US and its chlorinated chicken…).

Some Tories are saying that ‘our standards are better than EU Standards anyway’. Certainly our animal standards drove EU standards. And, thanks to our trade unions’ efforts, our pesticide standards are better than the EU’s. But I also remember some of our Health & Safety standards were dragged through against Conservative governments’ protests. Indeed, the Tories blocked implementation of the Working Time Directive which covers hours and holidays, and it only came in under the New Labour government One Tory MP has already said its provisions should go  ‘so people can volunteer to work more to cover loss of pickers’.

Attempts to maintain import standards the same as our existing ones have foundered in parliament – despite several attempts promoted by leading Conservatives. By weakening standards of imports, we will be weakening all our standards, as Gove once explained…

To give you an idea how tough these standards are, lorry drivers going into the EU will be checked for animal products. Any meat products will have to have vet checks. Shock horror! Post-brexit, on Jan 4, Marks and Spencer had none of their expat treats on sale in Paris, because they weren’t allowed into the EU! Drivers’ ham sandwiches, and cheese butties are now out. Also food will be checked for ‘country of origin’. These are the complex requirements that determine whether or not a product is produced ‘locally’ in the UK – its economic nationality. If it is deemed to be insufficiently British, it may not qualify for non-tariff rates in the trade deal. The ‘country of origin’ of flour, along with pies, biscuits and cakes are all going to be particularly hard to prove.

3. Changes as a result of leaving the Customs Union

A trade deal is just the tax arrangements between the two countries. Coming out of the Customs Union means we are free to make trade deals with anybody.

We have agreed to keep all taxes between UK and EU the same for the moment.  Our present trade deal allows our goods to move round the EU without any taxes put on them.

With regard to trade with the rest of the world, our producers are currently protected by deals negotiated by the EU in the past. All these will now be up for grabs.

Many countries round the world have made it clear they want to use us to get rid of their excess food and farm production, something the EU previously prevented  by all sorts of standards and quotas.

We’ll be asked, for instance, to increase quotas of untaxed meat coming from New Zealand, Australia, Argentina and Brazil, and of course America. While we will be trying to sell ‘financial services’ they will be flogging farm goods. It really is a battle between farm and finance.

Since Brexit there has been just one tariff change – one that does not involve trading with the EU so the UK could decide it on its own. This change tells it all. The first ‘Global’ tariff change is to allow the first quarter of a million tons of raw cane sugar tax free into the UK. There is only one beneficiary of this £100++ million savings – Tate & Lyle Sugars. They were the most vocal company for Brexit, and where ex-Brexit secretary David Davis used to work. T&L Sugars are now owned by American Sugar refining. So the money the EU used to collect – and that our Treasury could have continued to collect – now ends up in America.

If ever our new farm and food policy was explained in one action, this is it.

Where is the left on all these matters?

I know from my experience of when my book ‘Bittersweet Brexit: The future of Farming, Food Land and Labour’ was published, how my trade union, Unite, where I had been on their National Sector Committee for Rural and Agricultural Workers for around 5 years, just wanted these issues to be buried. However there are massive matters which need to be challenged in the near future.

Quite simply we need to make food and farming central to our political agenda from now on.

In particular, we must: 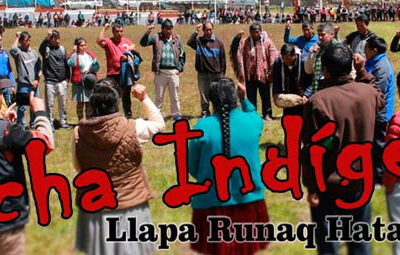