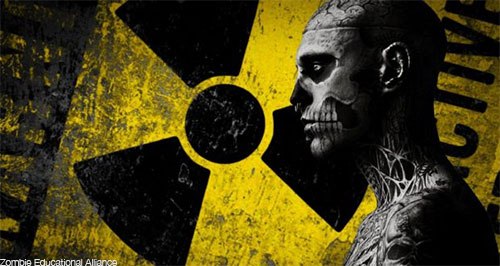 At a recent Red-Green Labour national Zoom meeting, Sean Thompson gave a presentation on the nuclear industry. We present his thoughts below.

Nuclear energy is a zombie industry – it’s dead but it keeps lurching on, following the smell of state subsidy, the only food that can sustain it.

Today there are about 440 nuclear power reactors operating in 31 countries, but even though there are still plans for new nuclear plants in various countries, particularly in Asia, the increasing maturity and ever falling cost of renewable energy technologies are rapidly making nuclear obsolete. The direction of travel is clear; over the last ten years the total lifetime costs of building and running a plant has fallen by 69% for offshore wind and 88% for utility-scale solar. For nuclear, they have increased by 23%.

The two largest economies in the world are starting to move away from nuclear. China has the capacity to build 10 to 12 nuclear reactors a year. But though reactors begun several years ago are still coming online, no construction of new plants have started in China since 2016. In the United States there were no construction starts of nuclear power reactors between 1979 and 2012, and since then more new reactor projects have gone into bankruptcy than have been completed.

Nuclear fission technology is – as has been shown by accidents and emergencies across the world – just as subject to Murphy’s Law as any other of the works of man. Like all other complex technologies, electricity generation via nuclear fission is prone to design or human operating errors and natural disasters, as Chernobyl and Fukushima (and the 8 accidents in the UK since 1957) demonstrate – however nuclear technology has the potential to be hugely unforgiving and expensive to fix. The decontamination, compensation, decommissioning, and radioactive waste storage costs of the Fukushima explosions have been estimated at at £136.5bn, and clearing up after the Chernobyl disaster has, over the years, involved more than 500,000 people and cost an estimated £50bn.

The issue of how to safely store nuclear waste for centuries into the future remains unresolved. Sellafield (formerly Windscale) was renationalised in 2015, is now run directly by the Nuclear Decommissioning Authority and currently costs the UK taxpayer more than £1.9 billion a year to run. Sellafield stores the waste from Britain’s decommissioned nuclear power stations, whose clean-up may take more than 100 years and cost up to £162 billion. It is home to a huge inventory of untreated waste, including 140 tonnes of civil plutonium, the largest stockpile in the world – and between five and 10 kilograms of plutonium is enough to make a nuclear weapon.Some of the material housed here will remain radioactive for 100,000 years and there’s currently enough high and intermediate level radioactive waste to fill 27 Olympic-sized swimming pools. And the waste keeps piling up.

According to the nuclear lobby the problem can be solved by ‘geological disposal’ – burying waste deep in stable rock strata. The government has been searching for some years, without luck so far, for an area in Britain where geological disposal would be both technically feasible and politically possible. The disposal facility would be vast: on the surface, buildings are expected to cover 1km sq, and underground, tunnels will stretch for up to 20 km sq. The UK government’s dilemma is by no means unique though – nuclear power stations have been built in 31 countries, but only six have either started building or identified sites of geological disposal facilities.

But the real killer that threatens the nuclear energy dinosaur is finance. Third generation nuclear power stations are so expensive and take so long to construct that financing new developments is now impossible without major state involvement, underwriting of the construction costs and/or the ‘strike price’ – the guaranteed price for generated electricity. Hinkley Point C is going to cost around £23bn when it is finally completed, making it the most expensive building in the world.

EDF (partly owned by the French Government) would have been unable to finance it without a £6bn injection from the Chinese government owned CGN in return for 35% of the project and a UK government loan guarantee of £2bn. In addition the UK government agreed a strike price of £92.50 per megawatt hour at 2012 prices (but index linked) for 35 years. Because of the linkage, the price has now increased to £106/MWh, around twice the current wholesale price of electricity. This compares somewhat unfavourably with the most recent bids for offshore wind of £36.95/MWh. An analyst at Liberium Capital described the strike price as “economically insane” and said “as far as we can see this makes Hinkley Point the most expensive power station in the world”.

Unfortunately, UK government has apparently not learned any lessons. It is now consulting on a proposed new finance model for subsidising new nuclear projects. The Regulated Asset Base (RAB) model would involve consumers paying upfront to underwrite the construction costs of new power plants through a ‘nuclear levy’ added to their energy bills. And it has announced as part of its absurdly titled ‘Clean Growth Grand Challenge’ that it will be putting £385m into an ‘Advanced Nuclear Fund’ to underwrite the development of small modular reactors (water-cooled and similar to existing nuclear power station reactors but on a smaller scale), and more speculative Advanced Modular Reactors which it currently seems will be fuelled by snake oil or angel dust. But even the most optimistic predictions of the market viability of these new small but perfectly formed power plants put the cost per MWh of energy produced by them at twice the price of current offshore wind technology – a price that is continuing to fall.

So why is the UK government still so committed to nuclear? I suggest there are two reasons; firstly, the link between civil and military nuclear technologies. Nuclear weapons and nuclear power have a shared history and common technologies, skills, health and safety requirements, regulatory issues and radiological research and development needs. Enriched uranium fuel for nuclear power stations can also used as the fissile material for nuclear weapons, and plutonium – which is a by-product of the nuclear fuel cycle – is also used by some countries to make nuclear weapons. The first nuclear power station in the UK, Calder Hall on what’s now the Sellafield site was built as a dual purpose facility designed to produce both electricity and, more importantly, plutonium for the British ‘independent nuclear deterrent’.

In June 2019 researchers from the University of Sussex presented a report to the House of Commons’ Business Select Committee showing that one reason the government is willing to live with the expense of nuclear energy (or more accurately, pass it on to everyone who pays an electricity bill) is because it underpins the supply chain and skills base for firms such as Rolls Royce and Babcock that work on nuclear submarines, and cross subsidises the development of the skills base and personnel that the Atomic Weapons Establishment at Aldermaston needs. The report  said the government should be frank about the inter-dependence of the civilian nuclear programme and the nuclear defence industry, and its lead author said: “It is clear that the costs of maintaining nuclear submarine capabilities are insupportable without parallel consumer-funded civil nuclear infrastructures.”

The second reason is ideology. The British ruling class shares with its French counterparts a bizarre attachment to the ‘Independent Deterrent’ (and thus to a continuing commitment to nuclear power) that is rooted in a nostalgic refusal to accept the realities of Britain’s decline from a 19th century world imperial power to a small to medium sized state with (in Britain’s case) a shrunken industrial base and an unstable reliance on ‘financial services’. Every other European nation is content to live with reality of the dominant role of US nuclear weapons, but for Britain and France possession of nuclear weapons – independently unusable though they may be – and a permanent seat on the UN Security Council are the equivalent of the ageing businessman’s red Ferrari and trophy wife.

For bourgeois ideology, capitalism and the endless growth in the production of commodities are as natural and implicit as water is to fish – any alternative to the everlasting continuation of business as usual is literally unthinkable. Thus, when faced with the increasingly unavoidable reality of the effects of burning hydrocarbons to produce electricity, the bourgeoisie (and in particular, those sections of it that profit from the production and commodification of electricity) will simply look for a silver bullet – an alternative energy source which will allow them to maintain the status quo of a centralised energy system subsidised by the state and profiting an oligopoly of big energy producers and and civil and electrical engineering cartels.

Renewable energy technologies may be much more sustainable, far safer and already far cheaper and quicker to commission than nuclear, but their relative accessibility and their potential to enable decentralised – and perhaps democratically controlled – energy production is intrinsically threatening, not only to a highly centralised system that operates in the interlocked interests of the big players in the defence, energy generation and engineering lobbies (often the same companies wearing different hats) but to bourgeois ideology struggling to explain away the increasingly undeniable realities of the climate and environmental crisis.

The idea of techno-fix, a vision of nuclear energy as a magic technology that can be the foundation of a stable and controllable future in which capitalism can continue to infinitely expand itself despite the laws of physics and the physical limitations of the planet is, I think, essential to underpin to the the whole world view of the ruling class. An alternative vision of diffuse and distributed energy systems that could be controlled by and for the benefit of ordinary people living within the limitations imposed by the planet’s finite and fragile resources  is not just threatening but as inconceivable by bourgeois ideology as living beyond the pond would be to the fish. 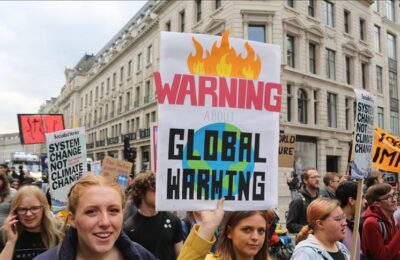 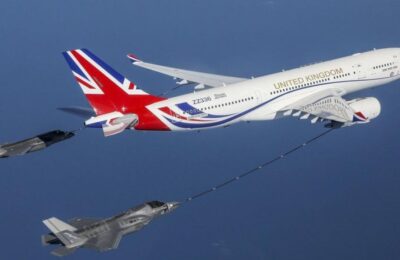