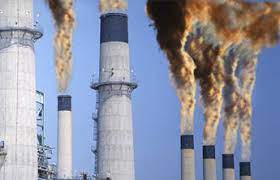 I grew up in Chingford and have children and grandchildren living downwind from, and in sight of, the Incinerator chimney. I first became aware that a new, much bigger incinerator was planned to be built about two years ago when I attended a presentation by a guest speaker at my local Labour Party. At that time, I was hardly aware that the current incinerator was reaching the end of its useful life and needed to be replaced. I certainly did not realise the extent of the plans. What I heard really shocked me. In particular, that infant mortality in North Chingford had increased significantly when the current incinerator was first commissioned in the early 70s. That had certainly been kept very quiet. Before seeing this presentation, I viewed Incineration as a necessary evil, going along with the prevailing view: ‘What else would we do with all the rubbish if we didn’t burn it?’ Since then, I have seen a lot more research data and I have changed my mind about the wisdom or otherwise of incinerating our rubbish in a world of finite resources. I now believe we need to be investing in improved landfill and recycling technologies, and cutting down on residual waste, for example, by reducing unnecessary packaging.

For the last year or so I have been active in submitting resolutions, through my local CLP and other groups, to Borough Councils and the North London Waste Agency (NLWA) and have become increasingly frustrated at the negative responses and confusing lack of accountability of the NLWA, even in the face of official Labour Party Policy now being against Incineration. I was recently one of thirteen speakers who made a deputation to the NLWA. We all spoke about the reasons that the Agency should put their current plans on hold, to build a far bigger incinerator to replace the current, 50 year-old one. This would give a chance for a full public consultation and a proper professional rethink of the best way forward. We were informed that each of us would have 5 minutes to speak and then another 5 minutes for questions from the committee members about the issues we had raised. It was disconcerting that during our speeches the committee members did not look at us and afterward each speech no one asked any questions, despite some pretty important issues being raised. It was as if they had agreed, or been told, beforehand that they would not or must not ask any questions. The Chair did not seem to be listening to us at all. His only concern was that he stopped us speaking at the second our allotted time was up. We had all put a lot of time and effort into preparing our speeches and researching the topics raised so that we would be able to answer questions accurately. It made we wonder if there was any point to us making the deputations in the first place. When the last speech was finished a new member of the committee, a representative from Haringey Council, said that he was very concerned by much of what he had heard and wanted to know when there would be a discussion about the points raised. The Chair told him that everything we had said had been discussed over several years and there was no point in going over old ground again, which was plainly not true. Many points we had raised were very relevant to the changing situation today and would not even have been under consideration when the plans were originally made. In particular, the Zero Carbon emissions and Black Lives Matter agendas only should make them be willing to revisit the issues. The Chair said that any discussion would take place in private and not involve the members of the deputation. No one spoke against the Chair, who has been in post for 12 years. It was as if they were scared to question his decision.

It reminds me of the fable about the Emperor’s New Clothes. Even when individuals begin to have doubts and want to speak out, they are prevented from doing so through fear of going against the tide and potentially loosing face or worse. However, the issues under consideration here are too important not to be challenged and too much money is about to be committed to a project that is

very likely to be seen by future generations as a big, expensive mistake. ‘It’s OK to change your mind’. In fact, it isn’t just OK, it’s your duty to do so when it’s the right thing to do.

In 1969, when I was in the 6th form, the current Edmonton Incinerator was being built and was portrayed as an environmental miracle. Fifty years ago, we were very excited at the prospect of producing electricity for ‘free’ from the energy produced by burning rubbish that had previously gone to landfill, which had a very bad press at that time; there were pictures of rubbish heaps with rats running all over them. We knew nothing about global warming and potential climate change. But we did know that coal and oil were very precious but finite resources that should not simply be burnt to produce energy. Fossil fuels were needed to produce the new ‘wonder’ products, plastics and polyester fibres, that were transforming our lives then but are now known to be so potentially dangerous and destructive to the planet. You can only burn things once! When they are burnt, they are gone forever. It was true then and still is now, not only for fossil fuels but for all the world’s resources. If you bury materials in landfill they are always available to be dug up again later when you find you have a use for them. The materials that decay and attract rats should be composted safely instead.

As a young science teacher in the 1980s I taught about the benefits of Incineration as an environmentally sound process. I even advocated for a more Incinerators to be built all around the North and South Circular roads, to produce energy from all London’s waste. I took many groups of students, and my own children, on tours of the Edmonton Incinerator. In those days before H&S took over, we could see the whole, seemingly magical process and were seduced by it: from smelly dirty waste being tipped into the hot furnace, feeling the intense heat, seeing the turbines rotating and finally, the dials moving as electricity was fed into the National Grid. We were told that the waste was burned at a high enough temperature and the filtration system was so efficient that any possible toxins were removed or rendered harmless. Despite seeing big black clouds coming from the incinerator chimney from time to time, we believed the experts that it was safe and ‘a good thing’. We must make sure we are not similarly deceived again by the promises now being made about the new incinerator, as I experienced as one of a group of local residents on a recent tour. When we asked about the safety of the emissions, what we were told was the same reassurances about safety as I’d been told in the 1980s. I have since found out this is by no means the full story.

I have learned that research over the last 10-20 years has increasingly highlighted the serious health risks of incineration, which causes air pollution by releasing very small particulate matter, including dioxins and heavy metals. The smaller the particles the more dangerous they can be, but the regulations are often in terms of total mass of pollutants released, not size and number of particles. They do not cover all the known pollutants, anyway, let alone those we don’t know about yet. In any case, the emissions only have to be sampled for a small proportion of the time that the incinerator is operating. Studies have shown that it is easy for the operators to avoid sampling during the times of the worst emissions. This is rather like the scandal over emissions from diesel car engines, where the test results can be manipulated.

Over the last few years, it has also become obvious from our own experience that the volume of household ‘black sack’ waste has reduced considerably so the need for a bigger incinerator is even less clear now than it was when this project was first proposed. Surely, the need to constantly feed the furnace will result in increased importation of waste from a larger area, increasing traffic pollution, and reducing the incentive to increase and improve recycling. At times it may even be necessary to burn recyclable material if insufficient residue waste is not available, because the furnace cannot be allowed to go out. It doesn’t make sense.

I was shocked to hear that a very low key, totally inadequate and very selective, public consultation had already taken place about five years ago. At the time of this consultation most of the public would have been barely aware of the urgent need to move towards carbon zero emissions and many would not have realised that burning rubbish released carbon into the atmosphere anyway. Most people now know that plans are being made to phase out all carbon emissions to avoid catastrophic climate change, it is irresponsible to be building new ones. There has also been far more publicity about the dangers of air pollution to health, and studies show that children are particularly susceptible. A quick survey of a few neighbours and my Pilates class showed that only two people out of 28 had even heard about the proposed project to replace the current incinerator with a bigger one. Surely, the local residents have the right to a much more comprehensive consultation now that they are more aware of the dangers. The current incinerator could be kept going for an agreed period while the project is reconsidered in the light of the current global climate emergency.

North London Waste Agency, stop fiddling while the world burns. Raise your head from the sand and consider the error of your ways! Follow the Science. 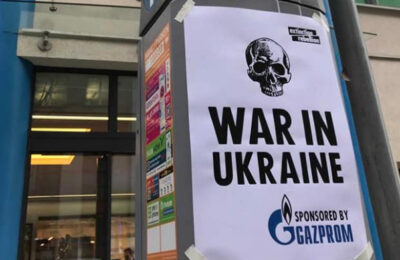 One thought on “Changing minds about incinerating residue waste”