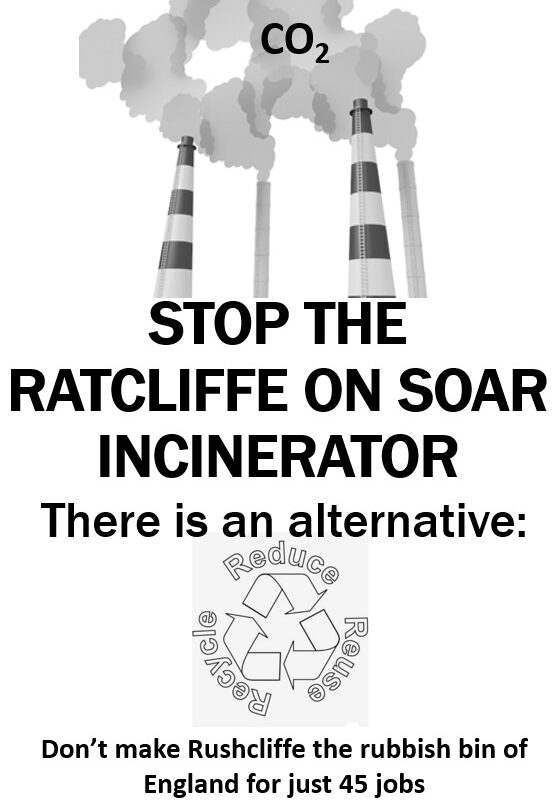 This article by members of West Bridgford Labour Party explains their opposition to the proposed incinerator at Ratcliffe On Soar.

Below it you will find a motion passed by the branch and Rushcliffe CLP in June.

Since then the CLP has delivered 18,000 leaflets in Rushcliffe opposing the incinerator and the campaign has been supported by the Green Party and XR Nottingham. 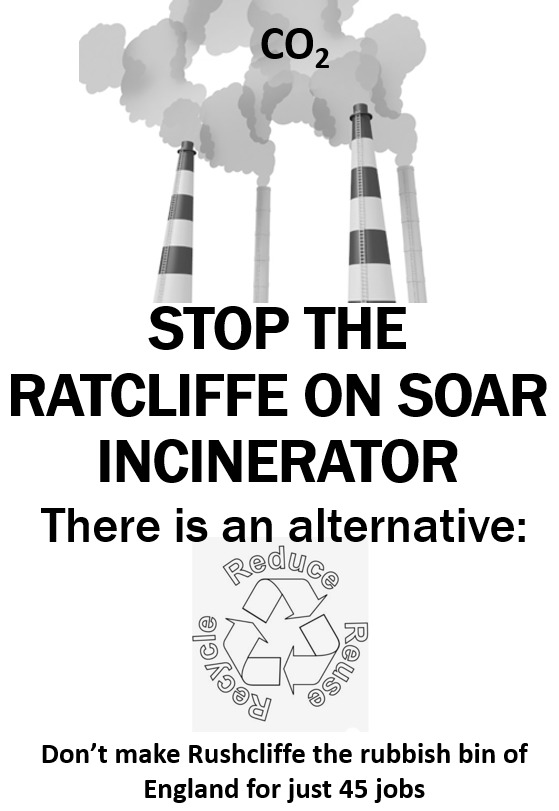 Incineration is marketed as an environmentally-friendly alternative to landfill, but many environmentalists and experts place incineration alongside landfill as something from which we need to move away due to the adverse climate impacts of waste incineration, especially as we move towards a Net Zero circular economy.

Josh Dowen, Associate Coordinator of the United Kingdom Without Incineration Network (UKWIN), says: “Building new incinerators costs hundreds of millions of pounds, locking us into burning waste for decades to come. It is therefore essential that those assessing proposals for new incineration capacity take account of the full climate impacts and opportunity costs.”

Camilla Zerr, Plastics campaigner at Friends of the Earth said: “Plastic is one of the main materials sent to incinerators, creating significant quantities of climate-wrecking carbon dioxide when burnt. And because incinerators need huge quantities of waste to keep them going, there is little incentive to reduce the amount created in the first place.”

We say that we need to assess any planning application for Energy from Waste to account for the climate harm being caused by waste incineration, strengthening the case for turning off the plastic tap. A joined-up approach to the waste crisis is urgently needed, including legally-binding targets to reduce the amount of plastic created each year.”

The Stop Ratcliffe Incinerator Campaign has brought local people concerned about the Greenhouse gas emissions we will be living with till 2050 from this incinerator, without any plans for carbon dioxide capture (CCUS) fitted and with no plans for use of the heat energy it produces; unlike the other local Eastcroft incinerator which heats homes in parts of St Anne’s and the Victoria Centre shops and flats.

We know that similar projects have been turned down at inquiries by the Secretary of State and so we have asked for a similar inquiry be instigated here in Nottingham.

We have plenty of experts and decisions on our side against the multinational corporates behind the over twenty new Energy from Waste incinerators in the pipeline today of which the UNIPER EMERGE Application is one.

Some notes from UKWIN re: https://www.theccc.org.uk/publication/2021-progress-report-to-parliament/ ‘Progress in reducing emissions: 2021 Report to Parliament’ (The Climate Change Committee, 24 June 2021)

Some key points from the CCC:

Emphasis in quotes is from the source documents. Before the quote we note the relevant section or sub-section title.

Of particular concern is a lack of policy or guidance governing the use of, and emissions from, Energy from Waste (EfW) plants. If EfW usage is left to grow unchecked, EfW emissions will quickly exceed those of the CCC pathway while undermining recycling and re-use efforts. A recent policy statement indicating EfW plants will be eligible for CCS support is encouraging, but further action is urgently needed in this space.”

These issues had been raised with the Planning Committee on 22nd June in a number of objections from UKWIN ; from Notts Wildlife Trust about nitrogen emissions affecting their Attenborough and Gotham Hills Nature reserves; the location on the Greenbelt; the lack of adherence to the Notts County Council Waste Core Strategy targets of 70% recycling by 2030; the inaccurate designation of electricity from Waste as a low carbon energy source; finally the detrimental effects CO2 emissions on the National Government targets for achieving  net zero carbon emissions by 2050 .

This why we seeking your support in writing to your MP Ruth Edwards and the Secretary of State Robert Jenryk in support of calling in the decision of the 22nd June 2021 NCC Planning Committee and the setting up of a Planning inquiry into the matter. 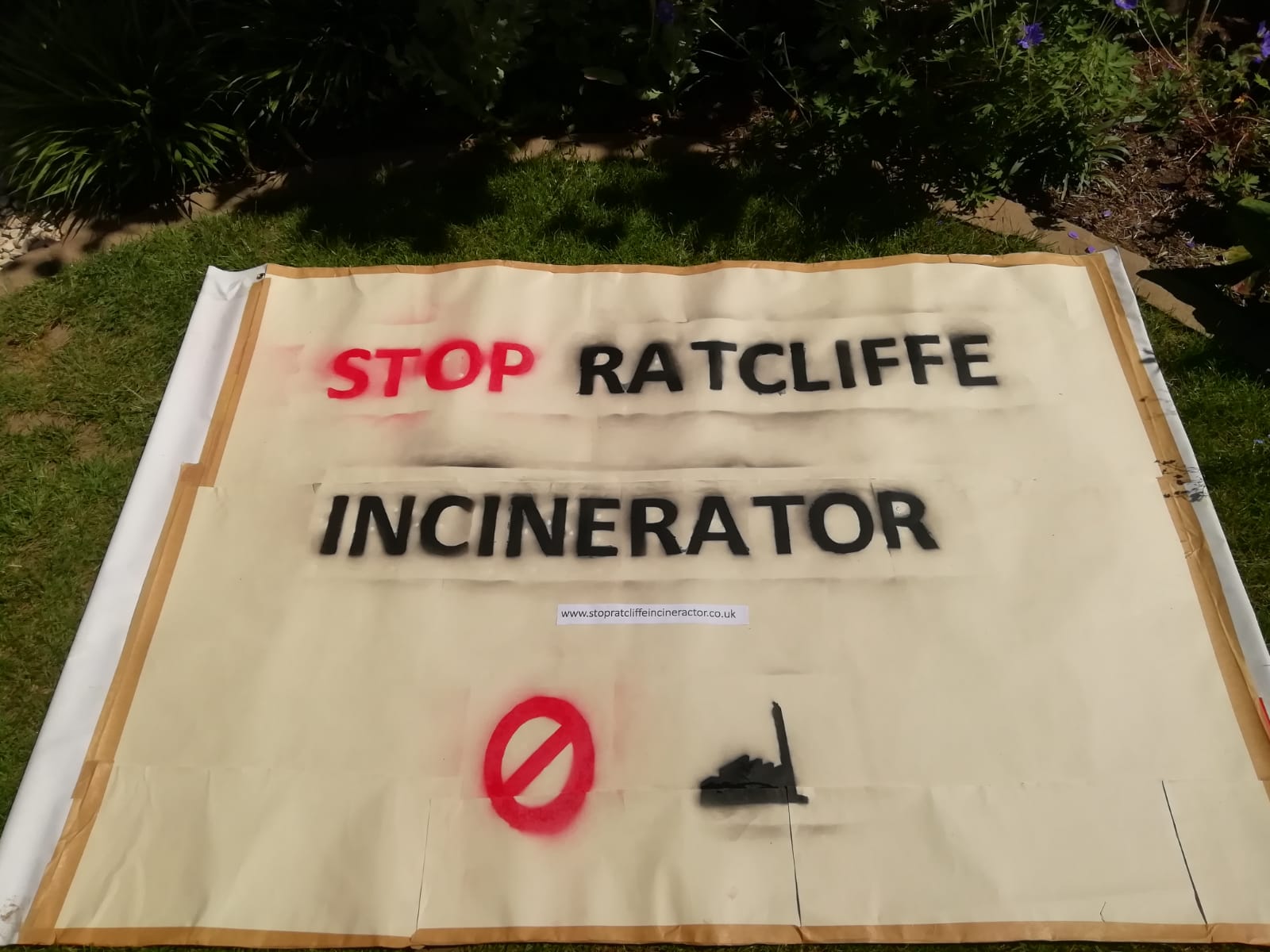 1. This meeting notes that the Planning Application for EMERGE incinerator for Ratcliffe on Soar power Station site by Uniper is to be presented to Nottinghamshire County Council Planning committee on 22nd of June 2021.

2. That this project to produce energy from waste through incineration, is one of the first projects to feature in plans for the Radcliffe on Soar site and is being considered by the East Midlands Development Board as part of their work to generate jobs housing and ways of tackling climate change.

3. This project is proposing to replace the current coal generation power plant by one using the method based on burning waste for energy. By doing this it is adopting the second most polluting energy generation method after coal, one with worse levels of C02 emission than a gas powered generation plant.

4. In the past month it has been reported that Uniper the Energy Corporation responsible for the Planning Application to Nottinghamshire County Council are at present suing the Dutch Government at the Energy Charter Treaty (ECT) 1994 Tribunal for 1.4Billion euros for the future loss of earnings for their shareholders because of the Dutch Government having passed laws banning coal powered plants from 2030.

This is a link to a video which explains the role of this Energy Charter Treaty Tribunal. https://www.dw.com/en/energy-charter-treaty-ect-coal-fossil-fuels-climate-environment-uniper-rwe/a-57221166

5. The Finish Government updated its state ownership policy to include climate goals, saying, “state-owned companies are required to take into account the government’s objective of a carbon neutral Finland by 2035 and the goals of the Paris Climate Convention to limit the rise in global temperature to 1.5 degrees.”

6. That the Finnish Government owns 70% of Uniper through their state owned company Fortum.In addition Uniper recently opened a new Coal fired Power station in Datten Germany which has been called out by Greta Thunberg as 500 climate activists protested as the plant connected to the German electricity grid on 30th of May 2020.

Greta Thunberg had tweeted @GretsThunberg in May last year

“Today is a shameful day for Europe, as we open a brand new coal power plant. We have signed up to lead the way to avoid acclimate disaster-yet this the signal we send to the rest of the world/How dare you indeed.”

7. Uniper has proved to us that they are quite prepared to stand in the way of tackling global heating, and to sue Countries in supra national tribunal courts, as in its use of the ECT in the

Netherlands (Dutch Government) tribunal case described above. The UK Government has also signed up to this Energy Charter Treaty (ECT) in 1994, and these facts demonstrate the pitfalls of working with any Energy Corporation in the future.

8. The ECT is based in the USA and is run by a Panel of International lawyers many of who have taken cases to the Tribunal for the Corporations claim compensation. This whole system functions outside and above the laws of individual countries which have been sued and forced to pay out Billions in compensation for loss of estimated future profits due the bans on coal all of which are to come out of tax payer’s money.

The proposed site is not near to urban areas where most waste is created; therefore, it will promote unnecessary transport of waste into the Green Belt.

It will generate large quantities of CO2 (around 450,000 tonnes per year) with no realistic proposal to become carbon neutral with the project’s lifetime.

Nottinghamshire County Council’s Waste Core Strategy Policy WCS3 requires proposals to accord with the aim to achieve 70% recycling or composting of all waste by 2025. Uniper’s projections assume a failure to achieve this level of recycling. It is proposing a huge incinerator as an alternative to waste reduction and recycling. It therefore conflicts with Policy WCS3.

1. calls on the UK Government to withdraw from the ECT treaty straight away.

2. calls on Nottinghamshire County Council Councillors to raise these matters with the Secretary of State and Ministers concerned with Climate Change and the Environment as matters of urgency.

3 calls on the Nottinghamshire County Council Labour Group of Councillors to support the Campaign against the Uniper EMERGE Ratcliffe Incinerator.

4. Agrees to support the Stop Ratcliffe Incinerator Campaign against the building of the EMERGE Incinerator at the Ratcliffe on Soar power station site and the lobby of the 22nd June Lobby of the planning Committee of Nottinghamshire County Council with banners and publicity beforehand. 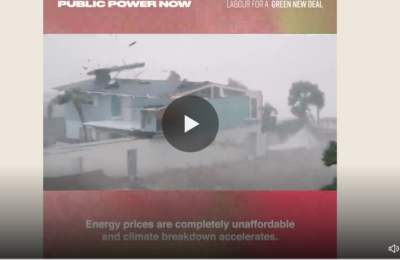