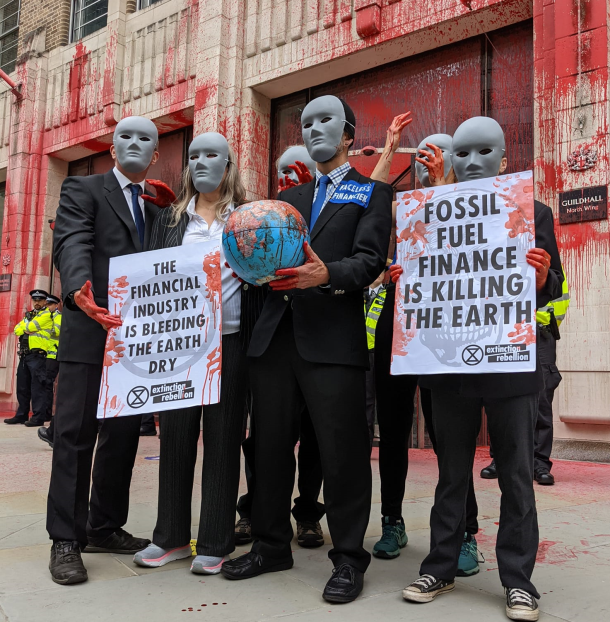 I set out to write an assessment of Extinction Rebellion after the conclusion of its recent Impossible Rebellion- two full weeks of mobilisations, actions and stunts in and around central London between 23rd August and 4th September.

I was not directly involved in any of this so have had to rely on reports from friends who were there, the daily press releases and detailed newsletters from Extinction Rebellion and innumerable social media posts. XR is an intensely visual thing and my Facebook feed was awash for 14 days with hundreds of strikingly powerful images.

A flavour of the sheer scope and ambition of XR can be gained from looking at some of these daily bulletins and action reports, all of which can be found on the XR website.

And there is so much more that I have missed.

It was in the course of trying to look at the impact of the XR actions and how they were portrayed in the press that I came across a short but fascinating article in, of all places that bastion of the British Establishment the Financial Times.

Henry Mance’s article criticises the recent Impossible Rebellion for its choice of targets – there was some targeting of supposedly right-on and progressive organisations as well as the main players in the global carbon industry.

Yes, there is a streak of what we on the left might call ultra-leftism- pitching demands way too far in front of the movement as a whole- but also there is a development within XR. The new generations of activists thrown up by each fresh wave of struggle, are learning fast. They know about greenwashing and it won’t wash any more… They know about the links between the fossil fuel industries, banks, research and academic institutions and parts of the media and culture industries.

XR targets may be wide ranging but they are carefully chosen and the rationale behind each action is clearly set out and communicated to those willing to listen.

And (as I mentioned in a previous article) this broadening has come from struggle, from lived experience and from intense discussion and engagement with movements far wider than the usual ‘green’ or environmental milieu- a cross fertilisation seen around Black Lives Matter in the surreal semi-lockdown of 2020 and later the Kill the Bill movement against a draconian government power-grab itself conceived partly as a response to XR.

The author then goes some way toward rationalising and vindicating XR’s strategy to date when he says that far from all this backfiring on XR, as establishment wisdom might expect, the impact on accepted mainstream political discourse has been significant. XR has contributed to a shifting of the Overton Window so that both the Tories and Labour are now able to discuss zero carbon in a way that was not on the agenda pre 2018 when XR arose. We have a Tory government that is now committed to phasing out the internal combustion engine!

Online, on social media where I have spent a lot of time promoting, discussing and justifying XRs actions, there has also been a noticeable shift. The dreary old ‘antis’ are still there but they no longer try to pour scorn on climate science or deny the obvious scale of the crisis.

The trolls, taking a lead from the right-wing tabloids, now try a different tack. They try to paint XR as hypocrites for owning cars, using technology or wearing clothes containing man-made fibres. It is feeble and desperate stuff.

Another line of attack, an attempt to delegitimise actions in Britain is to throw up the question of emissions in other countries, chiefly China. This is something amply answered by XR but again is a long way from the overt denial of climate science we used to contend with.

XR keeps climate at the top of the agenda. And whilst it may be noisy, and irritating, like a fire alarm which keeps going off, he is glad that it is there to sound the warning. 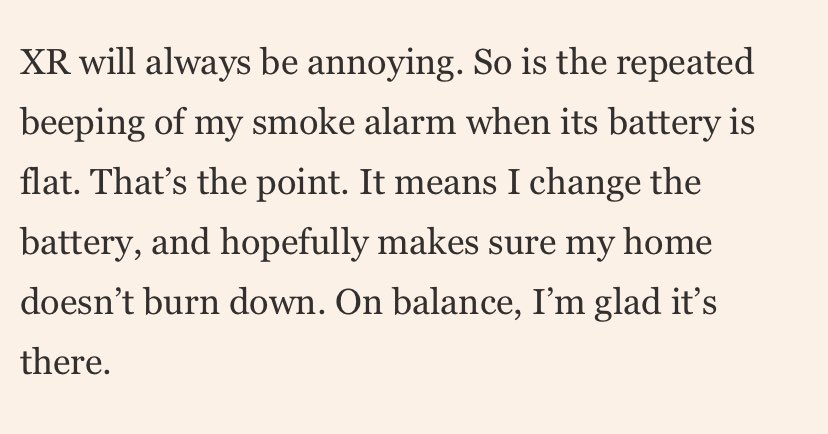 XR never set out to win hearts and minds- at least not all hearts and all minds nor even necessarily a majority. Any converts it wins are a welcome bonus but it is set on a course of forcing governments and big corporations to act- often against their wishes, against their short term interests and those of their shareholders.

It is framed explicitly as a movement of opposition, of protest and rupture rather than a vehicle for winning power in any direct sense.

XR operates on the basis of theories of change which rely on the sustained mobilisation of a relatively small number of people. Some have rightly questioned whether the sociological sums add up here, and I am personally very sceptical.

However, this is still a trajectory we should support- mobilise at all levels, engage with and energise a coalition of those willing to take action and disrupt the ‘business as usual’ model.

It is not easy to assess the impact of XR from any particular action, whether the coverage was plentiful or favourable, whether the target was spot on etc, rather XR needs to be seen in the longer term with the cumulative effect of its actions on the framing of the debate.

It is not counterposed to the wider environmental and social justice movements. It is an important component of these but has an urgency of its own and will set the pace.

However, in terms of maintaining and replenishing the movement XR does need to develop wider local engagements and alliances and pull in new layers of people willing to be active at different levels and in different ways.

After the Impossible Rebellion and ahead of COP 26 the focus may now shift back to local actions, to outreach and education and building for the local and regional events which will take place in November.

However, with all eyes on Glasgow and a government trying to square the circle of arguing for emissions cuts whilst green-lighting the Cambo Oilfield off Fife, expect Extinction Rebellion to make several noisy and colourful interventions into the proceedings.

The whole world is watching and no-one does spectacle like XR.