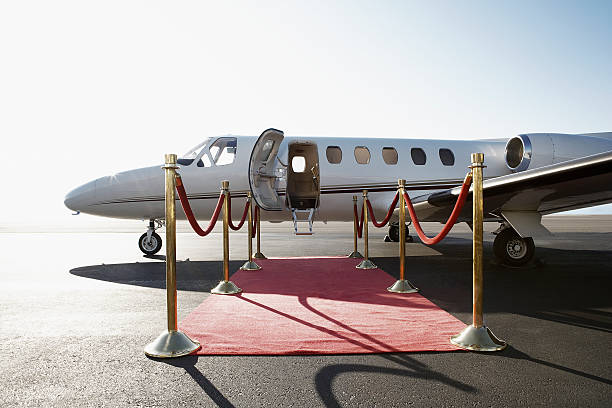 Climate Change COP26 Ecosocialism Green New Deal Just Transition Sustainability Transport Waste
While the media circus around COP26 continues to dominate the headlines, a report published by Oxfam last week outlined in stark terms how the carbon footprints of the richest 1% of people on Earth is set to be 30 times greater than the level compatible with the 1.5°C goal of the Paris Agreement in 2030. This is alarming, given the possibility of achieving 1.5°C looks increasingly remote, with Climate Action Tracker estimating a 2.4°C rise by the end of the century, even with the implementation of the 2030 targets that have already been agreed—and 2.7°C if we continue on our current course.There’s a tendency in the climate movement to focus on degrees of warming as an extension of the famous Doomsday Clock (even alluded to in Boris Johnson’s speech to COP), with those who haven’t succumbed to apathy making the case that climate delay, rather than denial, is now the greatest threat to humanity. In tandem, the sense that individual action is woefully short of the collective struggle needed to decarbonise is the new common sense, even for those not on the left; people see through this thinly-veiled attempt by capital to open up new markets for ‘sustainable’ or ‘eco-friendly’ consumption—a gentler, greener capitalism.

This is true for the vast majority of us, even in the imperial core (for example, the US, where emissions per capita are 800 percent higher than those of India)—but there are many within the capitalist system whose individual contributions to emissions are so astronomically high that their lifestyles pose a serious risk to the lives of around three billion people who bear virtually no responsibility for the climate crisis.

When we talk about climate justice, we should rightfully attack governments in polluting nations for their failure to deliver concrete policies that would deliver a rapid decarbonisation and a just transition for workers. But to build a more caring world that enshrines justice and prosperity for all, we must also work tirelessly to prevent the billionaire and millionaire classes from pursuing their planet-killing lifestyles with reckless abandon. It’s been said before, but only class war can save the planet.

The most urgent measure to prevent the 1% from destroying the planet is not just a moral imperative, but a material necessity to enable us to build a more equitable world: a wealth tax. The glaring inequalities that are entrenched both at home and internationally are simply not sustainable. In the last year, the billionaire class collectively captured an additional $5 trillion, exemplifying the fact that rather than trickling down, wealth is simply hoovered up by a privileged few. Rather than letting the Musks and Bezoses of this world greenwash their reputation with a few token donations while they pollute the planet, a wealth tax on the super-rich would rightfully redistribute the enormous sums that they currently hold in tax havens and in stocks.

Meanwhile, multilaterally banning climate-intensive investments in fossil fuels, deforestation, and other destructive projects which only serve to generate passive income for the wealthy (not just billionaires) would curtail the ability of private investment to continue destroying the planet. Rather than a cosy relationship between labour and capital predicated on ‘green investment’, these measures should be a baseline to build from and the beginning of a transformation in class relations internationally, disempowering capital and giving workers the tools to manage the greened economy on their own terms, rather than for the benefit of the privileged few.

A windfall tax on the rampant profiteering that has taken place during the pandemic would also go a long way toward righting the wrongs currently hardwired into our system. As well as handicapping the ability of the super wealthy to continue their untrammelled accumulation of capital, a windfall tax on Covid profits could be immediately re-invested in a just transition to a green economy and to allow countries to consign austerity to the scrapheap of history once and for all.

A system of genuinely progressive income and corporation taxation (55% over £200,000 per year, as a recent Labour Assembly Against Austerity petition called for) would not only lead to ordinary workers paying fairer taxation, but would pump billions into socially useful sectors of the economy and allow us to deliver Universal Services, ensuring none are left behind and giving everyone the chance to experience public luxury.

Boris Johnson himself, straight after delivering an impassioned appeal for action on the climate crisis at COP, hopped in a private jet to fly down for a dinner date with Lord Moore, former Telegraph and Spectator editor and known climate change sceptic. Aside from the rank hypocrisy of this situation, private jet usage, along with superyachts, SUVs, and even space travel for the likes of Jeff Bezos are utterly incompatible with decarbonisation efforts.

With over 400 private jets taxiing on the runways of Glasgow (COP26 organisers actually provided a helpful guide for those arriving by private jet), and Rishi Sunak slashing taxes on domestic flights, the wealthy are locked into air travel as their preferred mode of transport. Just four hours of flight on a private jet emits as much CO2 as the average EU citizen in an entire year. Only a multilateral criminalisation of private jet usage will put a stop to this devastating practice and keep the feet of the super-wealthy firmly on the ground.

As the super-wealthy are already beginning in earnest their attempts to exercise their dominion over the rest of the solar system, let’s not forget that the emissions they create by launching their rocket-based vanity projects are fired directly into the upper atmosphere, where hundreds of tonnes of CO2 per launch can linger there for several years. As space travel becomes more commonplace for megalomaniacs and their friends, it’s those countless millions who can scarcely see the stars at night due to pollution in the Global South who will suffer from extreme weather, displacement, and war, due to the narcissism of a tiny minority.

The over-reliance of the wealthy on cars is a slightly stickier issue, as hundreds of millions of people rely on cars for life and work, but in tandem with a green public transport revolution, we must also outlaw that status symbol of the wealthy, the ‘Chelsea tractor’, otherwise known as the SUV. If SUV drivers were a nation they would be the seventh largest carbon emitter in the world. 4 in 10 new cars sold globally are now SUVs, largely owing to the status they confer, rather than any inherent technical advantage. Such a ban should take place in coordination with a massive expansion of free, publicly-owned bus and electrified rail networks.

Ultimately, the lifestyles of the wealthy are so utterly unsustainable that any transformative Green New Deal must reckon with patterns of living that are shifting beyond recognition and prevent those with more money than sense from causing such harm to the planet. We’ve already seen the super-rich fortifying against the worst consequences of climate change, burrowing deep into the ground in preparation for the climate crisis to boil over. This is proof of the class solidarity of the wealthy, which now threatens to doom the planet; to stop their selfishness from killing us all, we must build our own.