Stopping the further extraction and exploitation of fossil fuels has to be a central goal of the environmental movement and Shell’s decision to pull out of Cambo is to be welcomed as a small victory.

This article from The Conversation explains why they did so.

Shell has scrapped plans to invest in Cambo, a proposed oilfield off the Shetland Islands. The fossil fuel supermajor has been shedding UK assets for a while. It sold a large refinery complex in Cheshire in 2011 and US$3.8 billion (£2.64 billion) of North Sea assets in 2017.

But the decision to pull out of Cambo is different. Cambo is an undeveloped field rather than a mature legacy asset. Shell bought into it in May 2018 when it acquired a 30% non-operator stake. Climate protesters targeted the Cambo project in the run-up to COP26 – the UN climate conference hosted by the UK in Glasgow in November 2021 – arguing that new oil and gas developments are incompatible with reaching zero emissions.

Cambo may still go ahead. Shell’s partner in the project is exploring options to develop the field. But Shell’s decision to pull investment has left the government’s continued support for finding and producing new sources of oil and gas in the North Sea exposed.

Cambo is one of the UK’s largest undeveloped offshore oilfields. It was first discovered in 2002 by the US oil firm Hess, which drilled several appraisal wells before the licence passed to Siccar Point in January 2017.

One of several new oil and gas developers to invest in the North Sea in recent years, Siccar Point is a comparatively small company controlled by two private equity backers, Bluewater and Blackstone. Its strategy is to accumulate stakes in low-cost, long-life oil and gas fields in the UK with a view to bringing them into production this decade.

Siccar Point retains its role as the operator of Cambo, with responsibility for managing development and production. The pandemic postponed Siccar Point and Shell’s joint final investment decision, which would commit capital to the project.

Shell’s announcement that “after comprehensive screening … the economic case for investment in [Cambo] is not strong enough at this time” came ahead of any formal decision from the UK Oil and Gas Authority, although it may have anticipated it.

The industry regulator supports the recovery of hydrocarbons from the UK’s continental shelf but may have been preparing additional environmental requirements, such as reduced emissions, for example, that would have raised costs.

More broadly, growing public concern about the climate crisis has heightened the reputational costs of pursuing new oil projects in the UK since Shell acquired its stake in 2018. The Scottish first minister’s alliance with the Green Party and Scotland’s vague support for the Beyond Oil and Gas Alliance – a coalition of countries supporting a moratorium on drilling for new fossil fuels – may have played a role, too.

Several of Shell’s plans for the UK have already been thwarted. The government regulator for offshore oil and gas rejected its plans for developing the Jackdaw gasfield. The Acorn project, designed to capture and store carbon dioxide in underground rock formations, and in which Shell is a partner, was not selected for fast-track government funding either.

Earlier in 2021, a Dutch court ordered Shell to cut its worldwide CO₂ emissions by 45% by 2030, and the company continues to struggle with its history in Nigeria. The UK Supreme Court ruled that Nigerian communities can sue Shell directly rather than its Nigerian subsidiary. A US activist hedge fund recently proposed splitting Shell’s legacy business from its newer investments in liquefied natural gas and renewables. Shell will have been keen to reassure investors that its future is not at the whim of activists and regulators, but decided internally.

Walking away from 170 million barrels of oil may seem like a big deal, but it is unlikely to ruffle Shell’s investors. The company’s share of Cambo represents a fortnight’s worth of its total global production, but it would be spread over 25 years. Shell continues to explore for new fossil fuels elsewhere.

Oil companies with multiple fields weigh up an investment case like Cambo against other possibilities for replacing reserves and reducing costs. One interpretation of Shell’s announcement is that it weighed Cambo’s potential returns against its reputational value, plus the cost of tying up capital in the long and contested process of developing a large oil project in the North Sea.

It is too soon to count Cambo out, although Shell’s decision has knocked investor confidence in North Sea oil and gas. The government’s recent North Sea transition deal views investment in the basin, including in so-called frontier areas with undeveloped reserves like west of Shetland, as critical to a successful energy transition.

Siccar Point is committed to pursuing the project but it will need new partners to match the technical and financial challenge Cambo presents. The spate of acquisitions on the UK continental shelf over the past few years suggests buyers for Shell’s share are out there. Shell’s “uneconomic” verdict on Cambo is significant, although not because it presages a wholesale retreat of investment from hydrocarbon production. Rather, it shows a growing differentiation among companies in the sector in how they evaluate wider business risks in responding to net zero obligations.

Long-standing, publicly listed firms are moving away from producing oil from the UK offshore, either divesting from the UK entirely or gradually shifting their UK portfolios towards gas and renewables. In turn, a diverse group of new firms are moving in, backed by private equity and overseas state investment funds and attracted to oil assets. The UK government’s goal of maintaining investment in oil while reducing emissions increasingly relies on firms whose connections to the UK are limited, and whose willingness to respond to net zero obligations remains to be seen. 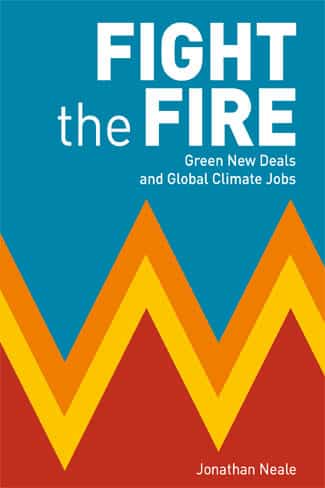