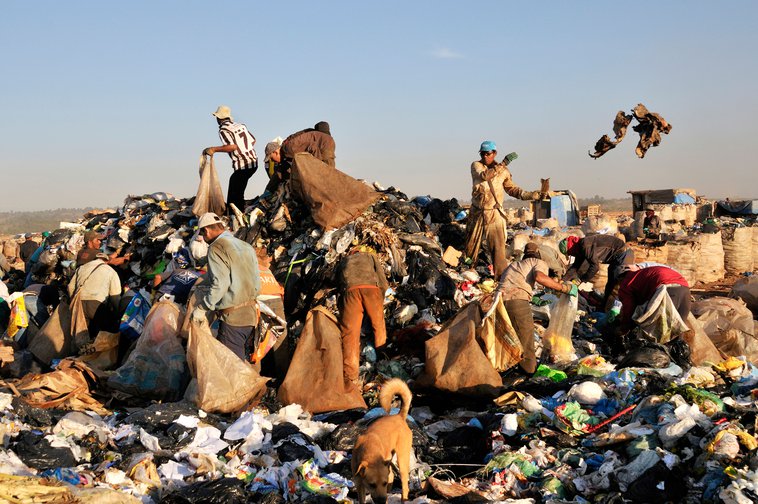 Recycling rare metals from our waste could help us to reduce extractive mining. But urban mining’s value depends on how it’s done

We live in an era of mass overproduction. Offices, apartments, cars, ships, aeroplanes, mobile phones, laptops, batteries, televisions, furniture, air fryers, hot tubs, elevators and escalators. A countless multitude of objects that belong to the anthroposphere – a term for everything that people have made and how it all interacts with the planet.

Many of these products end up as waste, buried in landfill, incinerated or dumped – with catastrophic environmental consequences. At the same time, mining companies continue to pollute the planet, exploit local communities and produce huge CO2 emissions in the drive to make more products.

But what if there was a way to use what we already have, instead of mining for more raw materials? Could this alternative system reduce the need for ore, while avoiding the extractivist violence and exploitation that characterise the mining industry?

This is the idea behind ‘urban mining’. “When we talk about urban mining, we’re talking about mining what we have already made and brought into an urban context,” explains Jessika Richter, a researcher at Lund University, Sweden. “We can mine many of these same materials out of our products, so not all of them end up in landfill.”

A recent report shows the huge potential of the global urban mine, which includes all products that are in use, classified as waste or buried in landfill. These existing materials could be reused as raw materials, and any future waste anticipated and utilised. It is a field that, according to experts, can contribute to long-term environmental protection and resource conservation, as well as providing economic benefits.

Throwing away a fortune

It is also a field wrought with challenges. Think about all the things you’ve put in the bin or taken to the tip over the past decade, then expand that quantity of waste by every business and home in your country. It’s a huge amount of stuff, containing a mishmash of materials, and it could have ended up anywhere. “What enables urban mining is well-sorted waste streams,” continues Richter. “We should sort our streams at collection, as the more it is separated when we get it back, the lower the cost. Same with landfill – the more sorted the landfill, the easier it is to mine.”

As well as requiring good collection and recycling systems, urban mining relies upon people handing over products they no longer use. British charity WRAP (the Waste and Resources Action Programme) recently estimated that as many as 125 million mobile phones are being hoarded in people’s drawers and cupboards in the UK alone. “When you show children how much gold and copper are inside electronics their eyes light up,” says Janet Gunter at the Restart Project, a social enterprise campaigning for the right to repair. “We are literally throwing away some of the most precious and rare materials, we’re throwing away a fortune.”

Gunter is calling for a greater understanding of e-waste – any discarded product that has a battery or electrical plug. “The UK has really struggled to make recycling [electronics] accessible to people” she says, explaining that systems for doing so differ between councils and that people often cannot access household waste and recycling centres without a car. “One of the real issues is the opacity of this system itself – it’s really complicated. We need greater awareness about how it all works, who’s paying for what, where things go and we need to know that it’s making a difference when we recycle.”

Elements found in e-waste, such as gold, silver, platinum, indium and gallium, are not only expensive but essential for greener future technology, including wind turbines, solar panels and electric cars. If they end up in landfill, these materials can be highly hazardous, poisoning land and waterways. In 2019, a record 53.6 million metric tonnes of electronic waste was generated worldwide.

This ‘waste’ is a major part of the global urban mine, which includes an estimated 450 million tonnes of recyclable products present in homes and businesses in the EU. Tracking these products at scale is a complicated task, with data either scattered or non-existent. To tackle this problem, the Urban Mine Platform database has been developed to chart the number, type and components of products in existence – either stock or waste – on the market in the EU.

“The Urban Mine Platform is the world’s first platform that forecasts the quantity of elements, materials and products that will arise every year as a waste stream in Europe,” explains Pascal Leroy, director-general of the WEEE Forum, a global association that researches and advises on waste electrical and electronic equipment. This open-access intelligence allows recycling companies, manufacturers and policymakers to track down opportunities for urban mining.

Urban mining is not automatically positive. Mining is an industry characterised around the world by extractivist violence, environmental destruction and worker exploitation. Urban mining is linked to traditional mining in a number of ways beyond its name. Included within the definition of urban mining are practices that closely echo traditional mining, for instance, re-mining conventional underground mines for materials that were once considered waste. In addition, the very existence of urban mining is due to the out-of-control cycles of over-production, over-consumption, and waste creation that have extraction as a foundation.

If this futurist industry is to become part of a sustainable future, can it avoid the harm that characterises the mining industry? Referring to ‘environmental racism’ in North American mines, authors Renee Skelton and Vernice Miller wrote: “communities of colour, which are often poor, are routinely targeted to host facilities that have negative environmental impacts – a landfill, dirty industrial plant or truck depot.” So how might urban mining subvert the status quo by taking into account social relations and land rights?

Michelle Murphy is the co-founder of the Environmental Data Justice Lab, an Indigenous-led, Indigenous-majority lab in Canada that focuses on the relationships between data, pollution and colonialism. She argues that, while “it is not an inherent bad” to reuse and repurpose things “because of the way that mining and extraction work, why would one trust that the same problems of environmental violence and harm to the communities that are living proximate to landfills wouldn’t continue?”

“Even to use the word ‘mining’ indicates a particular politics in relation to waste-landing,” she explains. “What other values, words, or frameworks could be used, that looks at waste-landed spaces, and thinks about the already existing structural harm in place there and works against them, as they try to repurpose material?” Murphy also points to the crucial question of land rights and the need to honour Indigenous jurisdiction over land in both rural and urban environments.

Nor is salvaging and reusing waste materials a new practice. Around the world, communities of waste pickers from Brazil to Bangladesh to Mozambique make a living by sorting and collecting things other people have thrown away. The term ‘waste picker’ was first adopted at the First World Conference of Waste Pickers in 2008, as a non-derogatory title that recognises people’s contribution to public health and environmental sustainability.

Sorting through rubbish dumps for metals, glass, textiles, circuit boards, plastics and even human hair is hard labour, in often unhygienic and dangerous conditions. “Waste pickers have for decades been mining different materials such as bronze, aluminium, copper which are directed to the recycling industry,” says Sonia Dias, global waste specialist at WIEGO, an international network focused on empowering the working poor, especially women. “However, the economic, social and environmental benefits they provide to urban waste management and to the value chain remain unrecognised and unprotected.”

While traditional mining for raw materials tends to be energy and capital intensive, urban mining is labour intensive. As urban mining becomes more prevalent, experts argue it must not be based on human exploitation. WIEGO is calling for circular economy frameworks to include fair payment systems and protected non-exploitative working conditions. “The cooperative movement in countries such as Colombia, Brazil, Argentina and elsewhere may be a source of inspiration for policymakers to turn to for lessons on how to improve urban mining,” Dias continues. “Support for organising, social protection and the design of inclusive urban policies is key to prevent exploitation of waste pickers.”

“I could imagine a beautiful version of [urban mining],” Murphy says. “It would have to begin with: who lives there? What are the forms of governance and sovereignty and responsibility to the communities that live proximate to landfill? Can those places be turned into sites of beauty and value, can the community have governance over those processes, as opposed to just a company coming in yet again?”