Following on from the Nature editorial we posted yesterday, a more in depth look at the issues surrounding energy, food and sustainability.

On 22 February, Germany scuttled its approval of a newly built gas pipeline from Russia, and is now planning to import liquefied natural gas from countries such as Qatar and the United States. Belgium is reconsidering its exit from nuclear power, while Italy, the Netherlands and the United Kingdom are all accelerating efforts to install wind power. Fertilizer plants across Europe have announced they will scale back production, and 31 countries around the world have agreed to release oil from their strategic reserves.

Russia’s unprovoked invasion of Ukraine has roiled the markets and geopolitics of energy, driving oil and gas prices to their highest levels in nearly a decade and forcing many countries to reconsider their energy supplies. According to the International Energy Agency, Russia is the world’s largest oil exporter to global markets, and its natural gas fuels the European economy. The United States, the European Union and others have imposed economic sanctions on Russia, and have announced plans to wean themselves off that country’s fossil fuels. But even as Russia’s bombs rain down on Ukraine, its oil and gas continues to flow to Western nations that have condemned the invasion (see ‘Where Europe gets its gas’).

This isn’t the first time that Russian military aggression has prompted world leaders to fret about energy security. Similar concerns arose when Russia invaded Georgia in 2008, and in 2014 when it invaded and then annexed the Ukrainian territory of Crimea. The allure of cheap Russian energy proved too strong in the past, but this time might be different, says Veronika Grimm, an economist at the Friedrich Alexander University of Erlangen–Nuremberg in Erlangen, Germany. “We have a war at our back door,” she says. “It’s hard to avoid taking action.”

The war has prompted political leaders to rethink their energy plans, which could have profound impacts on a range of issues, from a burgeoning food crisis to global efforts to curb greenhouse-gas emissions. Here, Nature takes a look at some of the choices the world faces, as well as potential repercussions that could play out over the course of years or even decades.

For now, the biggest question facing world leaders is how to sever their energy dependence on Russia. The United States and the United Kingdom were the first major countries to ban Russian oil, but neither depends heavily on these imports. Moreover, the impact of such actions is minimal because Russia can simply redirect that oil elsewhere on the global market. An embargo would only work if the EU took part, economists say, because it would be difficult for Russia to quickly find new customers for the oil and gas it sends to Europe.

The EU imported around 40% of its natural gas, more than one-quarter of its oil and about half of its coal from Russia in 2019. And despite bold promises about cutting ties with Russia, European nations have thus far opted for easy energy: the amount of Russian oil and gas entering Europe has actually increased since the war in Ukraine began. Europe sent Russia around €22 billion (US$24 billion) for oil and gas in March alone, according to Bruegel, a think tank based in Brussels. But that could change in the coming months, as countries implement plans to diversify their energy sources and reduce the flow of Russian oil and gas. Poland, for example, has announced it will ban all imports of Russian oil, gas and coal by the end of this year, and Germany and Austria are laying the groundwork for rationing natural gas.

The European Commission has released plans to curb imports of Russian gas by around two-thirds by the end of the year. That strategy relies largely on increasing imports of natural gas from abroad, and is it not clear whether individual nations in Europe will follow this plan. On 25 March, US President Joe Biden pledged to send more liquefied natural gas to Europe, and Germany has already signed a deal to import the product from Qatar. European officials have also been in talks with Japan and South Korea about redirecting liquefied natural gas that would otherwise go to those two countries.

The commission’s plan seeks to replace 101.5 billion cubic metres of Russian gas by the end of the year. Boosting imports to Europe from other countries could account for nearly 60% of that reduction, and another 33% would come from new renewable-energy generation and conservation measures, the plan suggests.

“We need a portfolio of options to replace Russian gas and safeguard energy security in the short term,” says Simone Tagliapietra, an economist at Bruegel. That portfolio includes ramping up natural-gas imports to Europe, as well as increasing the use of coal-fired power plants to ensure that the lights stay on and houses remain warm next winter, he says. “And then we need to really double down on the clean energy transition.”

The energy crisis is particularly acute in Germany, which relies on Russia for roughly half of its natural gas and coal and for more than one-third of its oil. Germany’s immediate challenge is to reduce reliance on natural gas in the power-generation sector, which is further complicated by the country’s exit from nuclear power: its last three nuclear stations are scheduled to close down this year.

A report last month by Leopoldina, the German National Academy of Sciences, found that Germany could survive the next winter without Russian energy (see go.nature.com/3jdtes1; in German), but only with extreme efforts to replace Russian gas with imports while ramping up coal-fired power plants and promoting large-scale conservation and energy efficiency. It also depends on higher prices causing a slowdown in heavy industry in the country.

Although the next few years could be tough, the long-term impact on energy policy and greenhouse-gas emissions in Europe could be beneficial, according to Grimm, a co-author of the Leopoldina report. The power sector is covered by the European trading system, which caps cumulative carbon emissions, so a temporary increase in coal power, for instance, should drive up the price of carbon credits and force emissions reductions elsewhere.

In the longer term, Grimm says, the German government is proposing to increase the share of renewable energy sources in the power sector from around 40% today to 100% by 2035, 5 years earlier than planned. “That’s quite ambitious,” Grimm says. A sustained period of high energy prices could also drive significant investments in energy efficiency, an area that has enormous potential but has attracted less attention than renewables. “This will speed up a lot of work that we needed to do anyway.”

The energy picture is less clear at the global level. When prices for oil and gas have surged in the past, it has spurred a series of changes in opposite directions: consumers tended to drive vehicles less and purchase more fuel-efficient versions, whereas companies and nations invested in oil and gas infrastructure around the globe to ramp up production. But the current crisis might not trigger the same response.

On the consumer side, growing gaps between the richest and poorest people in many countries are changing patterns of car buying. Although consumption is likely to drop in the short term as drivers respond to rising prices, that doesn’t mean we should expect a massive shift towards smaller or electric vehicles, says John DeCicco, an engineer at the University of Michigan in Ann Arbor who tracks the vehicle industry. That’s because the people who tend to buy new vehicles are wealthier than they were in decades past, meaning they won’t react to the economic pressure of higher petrol prices as much as before.

“Compared to previous oil shocks,” DeCicco says, “this is a different world.”

By contrast, economists have yet to see major oil and gas companies ramp up their investments in fossil-fuel production. Global leaders have been emphasizing the need for decarbonization in the past few years, and companies are now more wary of sinking their own capital into assets that could be stranded as climate policies are ratcheted up in the future, says Ricardo Hausmann, an economist at Harvard University in Cambridge, Massachusetts.

“The market is scared,” Hausmann says, but so far, global supply and demand haven’t changed much — a dynamic that could change if prices remain high for a sustained period.

Although the war in Ukraine will probably speed up Europe’s move away from fossil fuels, it could slow the clean energy transition — and boost greenhouse-gas emissions — in other parts of the world, fears Nikos Tsafos, who tracks global energy and geopolitics at the Center For Strategic and International Studies, a think tank in Washington DC. Southeast Asia, in particular, could turn back towards coal if Europe effectively corners the international market for liquefied natural gas, according to Tsafos. And then there’s Russia itself, which accounted for nearly 5% of global emissions in 2020 and is unlikely to move forward with decarbonization in the absence of international political and economic engagement.

Another key question, some economists say, is how rising energy prices and the potential loss of grain supplies from Ukraine and Russia could reinforce inflationary effects and drive up prices for food and other commodities. “The potential reverberations on food prices and therefore on conflict and politics around the world are vast,” says Nathaniel Keohane, president of the Center For Climate and Energy Solutions, an environmental think tank in Arlington, Virginia.

In the short term, prices have increased owing to hoarding and bidding wars. But global food stocks are sufficient to cover the loss of wheat and other grains from Ukraine as a result of the war itself, and losses from Russia owing to economic sanctions, says Christopher Barrett, an economist at Cornell University in Ithaca, New York. There could be disruptions to fertilizer markets because fossil fuels are a major feed stock, but Barrett says farmers around the world should be able to negotiate these changes by using substitutes.

Still, the cost of rising petrol and electricity prices to the larger food-supply system could be substantial, says Barrett. “One of the big casualties of the Russian invasion will be people who are already teetering on the edge in other places,” he says. “It’s not just Ukrainians. It’s Yemenis, and Syrians and Nigerians.” 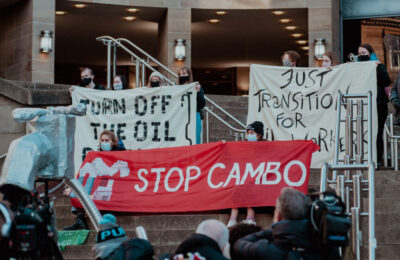 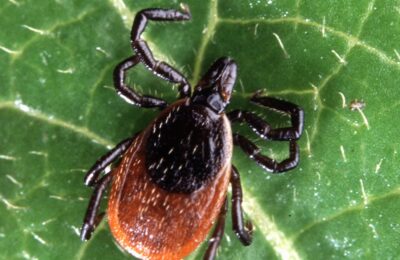