We are republishing this article as an important contribution to the debate about how we mitigate the effects of human action on the environment and begin the process of restoring the natural world.

While nutritious diets, healthy populations, pollution remediation, and even climate change mitigation all depend, at least in part, on soil biodiversity, society is not doing enough to protect “the variety of life below ground.”

That’s according to the Food and Agriculture Organization (FAO) of the United Nations, which published a new report (pdf) Friday on “The State of Knowledge of Soil Biodiversity” in anticipation of World Soil Day this weekend.

“Policies that minimize soil degradation and protect soil biodiversity should be a component of biodiversity protection at all levels.”
—FAO

“Soil biodiversity and sustainable soil management is a prerequisite for the achievement of many of the Sustainable Development Goals,” said FAO deputy director-general Maria Helena Semedo. “Therefore, data and information on soil biodiversity, from the national to the global level, are necessary in order to efficiently plan management strategies on a subject that is still poorly known.”

The loss of “above-ground biodiversity” is a well-understood problem, researchers say, but the loss of “biodiversity beneath our feet” is equally important and a crisis on par with the climate emergency, considering how soil forms the basis for food production, medical breakthroughs, carbon retention, and thus the foundation for human well-being.

The report, compiled by 300 scientists, notes that soil is home to more than 25% of the world’s biological diversity, and more than 40% of living organisms in terrestrial ecosystems are connected to soils during their life cycle.

Biodiverse organisms in the soil are essential to the creation and maintenance of the conditions for sustainable agri-food systems, researchers point out. “Few things matter more to humans [than the] vast reservoir of biodiversity living in the soil that is out of sight and is generally out of mind,” Richard Bardgett, a professor at the University of Manchester and a lead author of the report, told The Guardian.

People should be worried about the loss of “topsoil through bad treatment and then erosion,” said Nico Eisenhauer, a professor at Leipzig University and another lead author of the report.

“Scientists describe soils as like the skin of the living world, vital but thin and fragile,” The Guardian reported Friday. “It takes thousands of years for soils to form, meaning urgent protection and restoration of the soils that remain is needed.”

Soil biodiversity is essential to sustaining life on Earth, which is why we need to “protect this precious resource,” tweeted the FAO.

Without biodiverse soil, ecosystems would cease to function. But “the essential contributions of soil organisms are threatened by soil-degrading practices” such as deforestation, droughts and wildfires, monocropping and other intensive agricultural activities, as well as unsustainable forms of urbanization, the report notes.

For this reason, the FAO says that “policies that minimize soil degradation and protect soil biodiversity should be a component of biodiversity protection at all levels.”

It’s in humanity’s best interest to promote soil health, researchers say, since it will shape the quality of our future. According to the report, soil organisms could help mitigate climate change by sequestering carbon—absorbing and therefore reducing the emission of greenhouse gases into the atmosphere.

“The most important action is to protect existing healthy soils from damage,” The Guardian reported, “while degraded soils can be restored by growing a diverse range of plants.”

To enhance soil biodiversity, the adoption of sustainable management and restoration practices in agricultural and urban settings “needs to be scaled up,” the FAO stressed.

“It’s time we stopped treating soil like dirt,” The Guardian explained in a video:

“If things carry on as they are, the outlook is bleak, unquestionably,” Bardgett warned. “But I think it’s not too late to introduce measures now.” 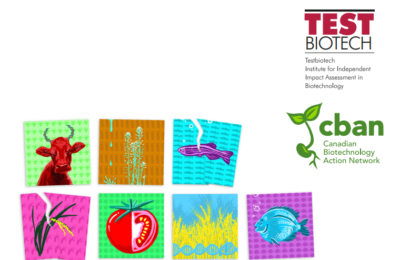