Red-Green Labour supports the ongoing campaign against the expansion of Heathrow Airport.

The last thing we need to see is a ‘recovery’ of flights to pre-Covid levels, let alone any future increase in carbon emissions from air travel.

“It’s time to take our demand straight to the government—it can still change its plans for Heathrow expansion,” says Friends of the Earth.

A police officer stands by as a campaigner against a third runway at Heathrow Airport holds a placard in front of paint thrown by another protester at the Supreme Court in London on December 16, 2020 after the verdict on a legal challenge to the proposed runway. (Photo: Daniel Leal-Olivas/AFP via Getty Images)

Climate campaigners on Wednesday condemned the United Kingdom’s Supreme Court for overturning an “amazing and historic” ruling from earlier this year blocking a third runway at London’s Heathrow Airport because the government’s approval of the project hadn’t adequately accounted for the country’s Paris climate agreement commitments.

“The U.K.’s highest court unanimously approved an appeal from Heathrow Airport Ltd. to overturn a decision made by the Court of Appeal in February following a case brought by Friends of the Earth and legal action charity Plan B Earth,” The Independent reported. A judge on the court, Lord Philip Sales, said that Chris Grayling, the former transport minister, “did take the Paris agreement into account and was not legally required to give it more weight than he decided was appropriate.”

In response to the judgment (pdf), a member of Extinction Rebellion accused the judges of signing “a death warrant for millions of people” as nearby activists held signs and banners reading, “No climate-wrecking third runway” and “Immoral.”

While expressing disappointment with the decision, Friends of the Earth emphasized that the runway’s future is far from certain and vowed to keep fighting against it.

“This judgment is no ‘green light’ for expansion. It makes clear that full climate considerations remain to be addressed and resolved at the planning stage. Heathrow expansion remains very far from certain and we now look forward to stopping the third runway in the planning arena,” said Will Rundle, head of legal at Friends of the Earth.

“With ever stronger climate policy commitments that Heathrow must meet, it remains unlikely it will ever get planning permission for the third runway,” he added. “Friends of the Earth will fight it all the way. We are in this for people everywhere facing climate breakdown right now, and for the next generation who are being left to inherit a world changed for the worse.”

The Guardian noted Wednesday that “since the runway was approved in 2018, the U.K. has committed to net zero emissions by 2050 and on [December 4] it pledged to cut carbon emissions by 68% by 2030.” The U.K. is set to host a global climate summit in Glasgow next year.

Given that “last week the government was even warned by its own advisers at the Committee on Climate Change that there can be no net expansion of U.K. airport capacity unless the aviation industry achieves unexpectedly fast emissions cuts,” Friends of the Earth campaigner Jenny Bates said “it is hard to see how Heathrow expansion can proceed.”

U.K. Prime Minister Boris Johnson has long opposed the expansion and his government didn’t join the challenge to the Appeal Court ruling. Before the latest verdict, a government spokesperson said that “we have always been clear that Heathrow expansion is a private sector project which must meet strict criteria on air quality, noise, and climate change, as well as being privately financed, affordable, and delivered in the best interest of consumers,” according to BBC News.

“Boris Johnson must re-think the decision to approve the policy supporting expansion of Heathrow airport, and commit to no net airport expansion in-line with the advice of independent advisers, the Committee on Climate Change,” said Bates. “The U.K. has the potential to lead the world in ambitious climate action but only if the government takes this opportunity to steer the country to a sustainable future, making green jobs, low-carbon travel, and the health and well-being of all of us a priority.”

Friends of the Earth is circulating a petition declaring, “It’s time to take our demand straight to the government—it can still change its plans for Heathrow expansion.”

The high court’s decision was welcomed by a spokesperson for the company that owns Heathrow Airport and filed the appeal but drew criticism from activists and advocacy groups within and beyond the United Kingdom—including Swedish teenager and Fridays for Future founder Greta Thunberg, who suggested that it is incompatible with the U.K. government’s declaration of a climate emergency.

Caroline Lucas, a member of Parliament in the Green Party who represents Brighton Pavilion, said the “disappointing” decision “takes us backward in response to #ClimateEmergency.” Echoing campaigners’ charges that the project is incompatible with the Paris agreement, she also called on Johnson to put an end to the expansion.

Our work is licensed under a Creative Commons Attribution-Share Alike 3.0 License. Feel free to republish and share widely. 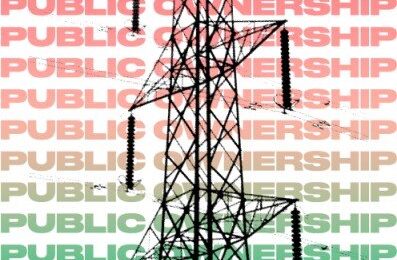