Red Green Labour stands in solidarity with India’s farmers and it is good to see British farmers also voicing their support.

Farmers and landworkers across the UK are sharing photos of themselves standing in solidarity with ongoing mass farmer protests in India against industrialisation in the food system.

The Landworkers’ Alliance is standing in solidarity with farmer protests in India.

The strike action by Indian farmers has made headlines as the largest civil society action by the agricultural community for three decades, with hundreds of thousands of farmers and farm workers protesting on the streets of Delhi for several months.

The demonstrations were sparked by the passing of a package of three bills affecting the agricultural sector, which small-scale farmers claim will take India down a development route toward consolidation and industrialisation.

The Landworkers’ Alliance (LWA), a farmers’ union which represents more than 1,000 small and medium-scale farmers and landworkers, claims the UK government is implicit in promoting market reforms and providing expertise to the Indian government to allow private investment and increase corporate control of the agriculture sector in India.

In particular, the LWA claims the UK government’s strategy for aid in India promotes contract farming (one of the issues the farmers are protesting about) and finances consultants to “alleviate bottlenecks to private sector investment in agriculture”.

British farmer Humphrey Lloyd said it’s “inspiring” to see Indian farmers standing up against the deregulation of their sector and threat to their livelihoods.

“They are resisting the kind of market-based reforms that have led to a such a tough and precarious situation for farmers here in Britain: supermarkets bullying us on contracts, rising debt from farm improvements, low and unstable prices and the small farmers being pushed out of the sector altogether,” he said.

“As Brexit further threatens British farming with cheap, low quality imports, we should take a leaf out of the Indian farmers book.”

The LWA has written to foreign secretary Dominic Raab and to the Indian Government, citing the impact of industrialisation on the UK food system. They have also highlighted the fact the UK exports pesticide paraquat, banned in the UK, to India, and called on the UK to treat other countries “justly”.

Paraquat is responsible for thousands of farmer deaths in India, according to the LWA, where the severity of its effects has led to doctors going on hunger strikers to ask for it to be banned.

“The UK must stop exporting chemicals (including pesticides) banned in UK to other countries, just like European Commission has recently committed to stop export of chemicals banned in European Union,” said Rohit Parakh, international agriculture and food policy analyst at the LWA.

“This is an opportunity for UK to show it treats other countries justly and that a ‘Global Britain’ in a new era post Brexit will be a responsible one.”

LWA campaigns coordinator, Jyoti Fernandes, added: “Hundreds of thousands of farmers and farm workers are mobilising to protect their livelihoods, yet UK development policy funds private consultants who encourage small farmers to ‘step out’ of agriculture, without ever asking farmers if they want to step out.

“These demonstrations make it clear that farmers in India are proud to provide the food that everyone needs and will not be driven out by the corporate sector. The UK government should listen to the farmers and provide UK aid for farmers networks on the ground developing agricultural programmes that protect the environment and provide dignity and healthy food for all.” 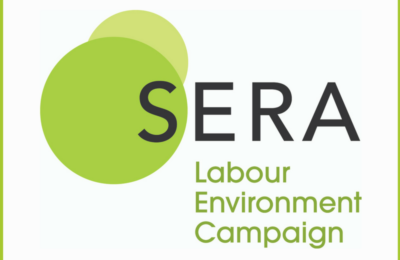