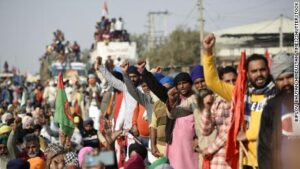 The current Indian farmers’ protest is the largest, mostly peaceful, protest in history. It is against three farm laws India’s farmers fear will privatize India’s agriculture sector and leave over 600 million Indians at the mercy of large corporations. The agricultural market reforms push further the Hindu nationalist BJP[1] government’s agenda of centralising economic power and decision-making. The opposition to the reforms by farmers, many state governments, and regional political formations is a watershed moment in this government’s agenda of deepening the entry of agribusiness capitalism and of increased centralised control.

The opposition to these moves has come from three quarters:

· first, the farmers’ organisations, fearful about the survival of farming communities;

· second, from state governments, fearful about increasing central intrusion into states’ federal rights over agriculture; and

In this article I’ll only have space to develop the first of these, but a more detailed discussion of the others is available in Singh (2020c).

Agricultural ‘reform’ will have a profound impact not only on the farming sector but also on democracy, federalism and pluralism more generally.

The confrontation between the centre and multiple forms of opposition to it is sharpening every day. Additionally, the state governments in Kerala, Punjab, and West Bengal put up a legal challenge to these acts in the Supreme Court, which has granted a delay but has not ruled them unconstitutional.

The central objective behind the three reforms acts is to encourage private investment by agribusiness corporations, domestically and abroad, into production, processing, storage, transportation, and marketing.

Multinational agribusiness corporations have been lobbying for foreign direct investment (FDI) into Indian agriculture for some time. There already has been some FDI in agriculture, especially in contract farming for some products, but these reforms would open the way for a major push for such foreign investment. The farmers organisations view the government move as supporting the major land grab agenda of both multinational and national agribusiness corporations.

The government is defending its plans by arguing they give ‘choice’ and ‘freedom’ to the farmers to sell beyond state boundaries and outside the local mandis, the state-sponsored market yards where farmers get guaranteed minimum prices. The government’s aim, through its massive media campaign, is to make this policy acceptable to the farming community. However, the real freedom that is being increased is that of big agribusiness corporations.

The worst-hit farmers would be the marginal, small, and medium farmers whose bargaining power against hugely resourced big corporations would be so tiny that they would become economic slaves of big corporations, or be driven off the land altogether.

The Farming Produce Trade and Commerce (Promotion and Facilitation) Act, 2020 mentions wheat, rice, sugar cane and cotton, along with other products that are covered under this act. These are the main products in the agriculture sector of Punjab and Haryana, the two major food-producing states. There is a legal dispute procedure proposed, but given the unequal power relations between farmer and corporations, it would be impractical for farmers to use it. In addition, if a legal challenge in a dispute fails and the contract is viewed as having been contravened, huge fines and penalties could be imposed on the farmer.

There is no provision in the acts on the continuity of the minimum support price (MSP), which is mainly relevant for wheat and rice—the two major food crops grown by Punjab and Haryana and, to a lesser extent, by some of the other states. The new Acts, instead of stipulating MSP, merely mention a ‘remunerative price’ to be agreed by a farmer in a contract with ‘agribusiness firms, processors, wholesalers, exporters or large retailers’. The imbalance of power between these different forces is nowhere recognised.

The farmers’ resistance to these acts, as demonstrated through a series of massively successful mobilisations may turn out to be the biggest political challenge the BJP has faced since coming back to power in 2019. In the event of increased confrontation between the farmers’ movement and the government, it is possible that the government may use the same tactics to suppress the farmers’ organisations as it has used against other opponents—namely calling left-wing dissidents Naxals[2], Muslim-background activists “terrorists” and Sikh-background opponents “Khalistanis.[3]”

However, the government may not pursue this course of action because of the danger it might backfire. Farmers’ organisations enjoy massive public support the in all states, though unevenly. The government may, instead, try to split th farmers’ movement by selectively targeting only left-wing farmer activists, branding them as Naxals or Naxal-supporters. The mode of response of the broader farmers’ movement to such selective repression would test the political maturity and the culture of solidarity of the farmers’ organisations.

We have referred to the three main nodes of resistance to the farm acts, but it is important to mention also, even if briefly, the ecologically damaging consequences should these acts be implemented. This dimension has remained almost completely unexamined in current debates on this issue. The destruction of locally and state-based agriculture and its incorporation into all India and global agricultural marketing systems will lead to a substantial increase in transportation. Increase in transportation everywhere leads to an increase in carbon emissions, pollution, ecological destruction, and damaged health of all living beings, human and non-human. It is an antithesis of the “self-reliance” (Atmanirbharta) which the BJP government has been proclaiming, patently hypocritically, as its aim.

During the pandemic, we have all learnt a lot more about how agribusiness monocultures create a perfect environment in which forest-based pathogens can spread, and how industrial farming generally is a major threat to the environment. Introducing it to India can only cause further major ecological and health problems.

There is also a need to start rethinking the wider importance of agriculture in “development” discourse. Both traditional right-wing thinking (such as Rostow’s stages of growth or Lewis’s dual economy model as exemplars of

this mode of thinking), as well as the dominant left-wing thinking (Stalin’s collectivisation is an extreme form of such thinking), view development and growth as a path of moving from agriculture to industry to services.

In the era of global climate change – where the planet faces both an existential threat from global heating, and catastrophic biodiversity loss that results from the traditional economic growth paths, whether of the traditional right or traditional left format – the central importance of farming and the farming ways of life which are compatible with ecological sustainability need to be re-imagined. Ecosocialist vision as a critique of both the traditional right-wing and traditional left-wing modes of thinking is precisely an attempt to grapple with the ecological and health challenges humanity is currently facing.

It is only through a concerted and collective action of the organisations representing marginal, small, and medium farmers that the multidimensional destructive turn in economic policy symbolised by these farm acts might be reversed. It is also the economic interest and moral duty of all those political formations and state governments that stand for federalism, pluralism, and ecological sustainability to coordinate their efforts to oppose this move.

The struggle for federalism and diversity is also the struggle for democracy. The weakening of federalism contributes to the concentration of economic and political power at the centre and the rise of authoritarian political tendencies and practices which are also anti-ecological in their orientation. One indication of the sincerity and commitment of those making any coordinated efforts in reversing the policy package contained in these farm acts would be to declare that in any future government at the centre they may be part of, they would undo these changes and would look anew at the constitutional provisions to increase the power of the states in agricultural management.

There are other areas too, such as industry, finance, and education, where federal devolution must be fought for, but agriculture being linked to the land and source of food remains the most crucial area for states’ right to retain their autonomy. The United States, China, Europe, United Kingdom, Canada, Japan, South Korea, Australia, and New Zealand are all closely integrated into the global capitalist economy, but each of these countries makes every effort to protect its agriculture even if that protection does not.

Protecting states’ rights over agriculture in Indian federalism and resisting the entry of agribusiness capitalism would be the key economic, political, social and cultural battles in India in the coming years. Grasping the seriousness of this issue will be critical towards developing the perspective to strengthen decentralisation, diversity, democracy, local farming, and ecological sustainability.

— (2020a): “Centre’s Agricultural Marketing Reforms Are an Assault on Federalism,” Wire, 20 June, https://thewire.in/agriculture/agriculture-marketing-reforms-federalism

— (2020b): “As Cracks in NDA Widen, Is BJP’s Ideology Incompatible with Regional Identities?” Wire, 22 September, https://thewire.in/politics/bjppunjab-akali-dal-shiv-sena-regional-alliances

[1] Bharatiya Janata Party, a Hindu communalist party, closely linked to the paramilitary fascist RSS. [2] A reference to the revolutionary Naxalite guerrilla movement, active in West Bengal and other states. [3] A reference to those who want an independent Khalistan—ie a separate state for Sikhs. 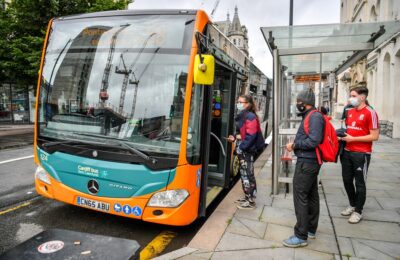 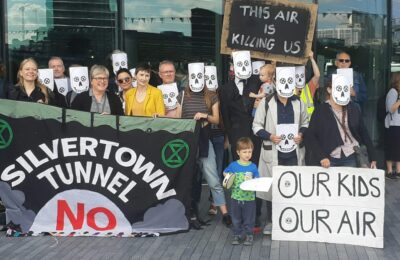