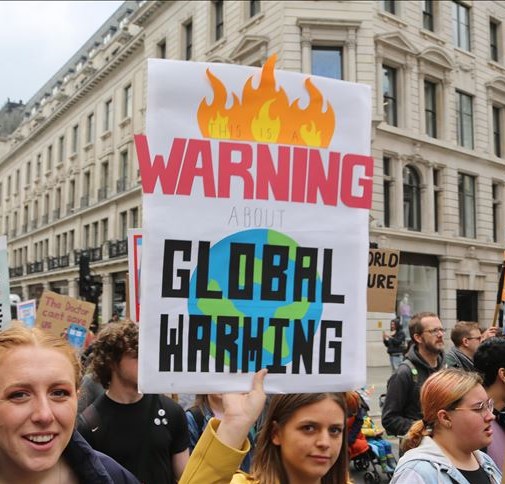 Following on from the article posted yesterday, Peter Somerville provides more detail on how a UK carbon budget could be set, and discusses some problems with the Climate Change Committee (CCC) budgets. This is the second of two articles, the first is this overview of the CCC’s Sixth Carbon Budget

Download these articles on carbon budgets, as a pdf

A global carbon budget is the total amount of carbon dioxide emissions that human activities across the world can be allowed to generate, in order to avoid excessive global warming.

Budgets vary, according to the degrees of temperature increase that are judged to be allowable, and according to how sensitive the climate is judged to be in response to carbon emissions: the greater the sensitivity, the smaller the budget has to be.

Unfortunately, we do not know exactly how sensitive the climate is to carbon emissions, so budgets are calculated across the range of possible sensitivities.

The IPCC Special Report on Global Warming of 1.5 degrees provided a range of figures for the remaining global carbon budget in 2018 (Table 2.2 on page 108).

On the basis of the median climate sensitivity, the budget to limit warming to 1.5°C above pre-industrial levels was stated as 580 billion tonnes of carbon dioxide (580 GtCO2). That means the world has a mere 50:50 chance of staying below 1.5°C.

Arguably, however, a higher level of climate sensitivity is required, to give the world at least a 66% chance of reaching the 1.5°C target. At this level, the carbon budget in 2018 was 420 GtCO2.

All economic and other human activity in the world currently emits approximately 40 GtCO2 per year, so the remaining budget today in 2021 is closer to 300 GtCO2. At this rate the budget would be fully spent before 2029.

The task here is then to calculate what might count as a fair share of this budget to be allocated to the UK.

The first problem is that the global budget is for carbon dioxide only: other greenhouse gases (GHGs) such as methane and nitrous oxide are calculated separately.

Methane has minimal long-term effect on the climate, but it is a powerful greenhouse gas in the short-term, which needs to be reduced to zero as soon as possible in order to minimise its contribution to peak warming (see CCC Sixth Carbon Budget report, page 372). Arguably, therefore, a fair carbon budget for the UK should take account of all GHGs.

The CCC appear to agree, as they state: “UK carbon budgets are set on an aggregated all-GHG emissions basis and not using CO2 (or long-lived GHG) emissions alone” (page 371).

In calculating a fair budget for the UK, a number of factors have to be taken into account:

The next logical step would be to agree on how the global budget should be allocated to individual countries, taking account of the above factors. Unfortunately, however, no such agreement exists.

Under the Paris Agreement, signatories agree to have the “highest possible ambition”, and it is left up to the countries concerned how that is to be interpreted.

The key question here is: how far can this ambition be specified in terms of a carbon budget?

Since 2019 the UK government has been committed to reaching net zero GHGs by 2050 and this is argued to be sufficiently ambitious.

For example, in its Sixth Carbon Budget report (page 320), the CCC states that 2050 was chosen, rather than the IPCC’s global date of 2070, in order to show the UK’s greater responsibility “as a relatively rich country with a high historical contribution to climate change and high overseas consumption emissions footprint”.

Job done, you might think – until it is pointed out that the CCC’s argument is based on the assumption of a 50%, rather than 66%, chance of limiting global warming to 1.5°C, an assumption that results in a budget of 580 GtCO2, rather than 420 GtCO2.

This is reflected in the CCC’s calculation that, according to their balanced net zero scenario, a budget of 580 GtCO2 from 2018 will require the world to reach net zero in 30 years, while 420 GtCO2 will mean that net zero has to be achieved in 20 years (that is, by 2038).

There are further problems with the CCC’s budget setting and with its whole “net zero in x years” approach (which, incidentally, has been consistently legally ratified by Parliament and accepted by government).

One problem is that the remaining carbon budget set for the UK from 2018, estimated by researchers at 9 GtCO2, is far too loose.

In terms of population size alone, one would expect the budget to amount to around 0.88% of the global budget (with UK population being 67 million and global population 7,900 million); for a global budget of 580 GtCO2, this results in a UK budget of 5 GtCO2, significantly lower than 9 GtCO2.

(For the sake of argument: if the UK were to adopt an arguably Paris-compliant target in line with a 50% chance of 1.7°C instead of 1.5°C, the global budget would be 900 GtCO2, meaning a UK budget of 8 GtCO2, which would still be below the budget implied by the CCC’s approach).

So, even on the most generous of interpretations, the UK’s budget is larger than it should be.

The CCC’s budget is compliant with the Paris Agreement only at the level of a 50% chance of 2°C of warming – and then only if we accept their political assumptions about the UK’s share of the budget, and the way that it ignores the UK’s historical emissions legacy and its current capabilities.

Those capabilities can be measured in different ways. As a crude measure, however, I suggest using the UK’s comparatively high GDP. This amounts to 3% of global GDP, which is more than three times the global average given the relative size of the UK’s population, from which it follows that the UK should contribute three times as much to reducing emissions as the global average.

The CCC is concerned only to ensure that its proposed pathway to net zero is cost effective, not detrimental to competitiveness, attentive to fuel poverty, fiscally balanced, takes sufficient account of devolved administrations, and so on. It regards UK capabilities for mitigating climate change as limited to spending an equivalent of 1-2% of its GDP.

It is important to note that the CCC’s balanced net zero (BNZ) pathway represents the minimum ambition to reach net zero by 2050, and I have criticised this lack of ambition – or rather lack of the right kind of ambition – in the linked article. They do present (page 87) a more ambitious alternative pathway – the Tailwinds scenario – which gets to net zero in 2042, but this assumes massive application of carbon capture and storage and is much more expensive than the BNZ pathway.

(Interestingly, a Tailwinds scenario with minimal carbon capture and storage (CCS) “was not costed or explored, and so is not a recommended pathway” (page 90); it would reach net zero by 2042 instead of 2050.)

Perhaps more importantly, the CCC itself shows that its BNZ pathway is inferior to what would be required for 1.5°C on the basis of a number of equity principles, in particular to be consistent with a global target of individual purchasing power of $20 a day. (See the Climate Equity Reference Calculator and the Sixth Carbon Budget report, page 324, Figure B7.2).

Moreover, the pathway assumes substantial application of carbon capture and storage technologies after 2030, which are required because the budgets before that are too generous; if the earlier budgets were much tighter, then the reliance on CCS would be correspondingly reduced.

This is an example of what I mean by the wrong kind of ambition.

At the same time, of course, this would mean that the budgets would already be spent. Planting billions of trees would certainly help, but trees take time to grow, and time is running out. The powers that be still do not seem to understand this.

All of this discussion so far is based on the UK’s assumption of only a 50% chance of hitting the global target of 1.5°C.

At current levels of emissions, this global budget will be overspent by 2029, so a global temperature rise of 1.5°C is as likely as not to be made inevitable by then.

However, this does not justify the UK continuing with its current much looser budget. On the contrary, it means that the UK must adopt a tighter budget in order to mitigate the damage that this overheating may cause across the world.

More importantly, it means that the UK must take more urgent and drastic action to ensure that it does not itself contribute to this overheating.

Based on relative population size alone, a global budget of 420 GtCO2 translates into a UK budget of 3.7 GtCO2, so this represents an upper limit for a fair UK carbon budget.

But it is still a long way from representing the highest possible ambition, since it takes no account of factors 2, 3 and 4 above. Taking account of these factors would likely result in a budget of less than zero.

Even so, a 3.7 GtCO2 budget would be a huge advance in comparison with the current UK budget, and would require radical changes in government policy and intervention.

Taking account of all relevant factors, then, effectively drives a coach and horses through the carbon budgeting process.

Does this matter? We know the main sources of emissions in the UK, we need to reduce those emissions as quickly as possible, and we need clear action plans that will do just that. When one is in an emergency situation, is it really worthwhile spending much time working out how long we have left to address the emergency?

The uncomfortable truth is that the budgeting approach to emissions reduction has tended to delay action rather than speed it up – perhaps most notably in the “over-performing” of some of the CCC’s five-yearly budgets.

With the right kind of ambition, therefore, the UK can make a fair contribution to limiting global warming to 1.5°C. 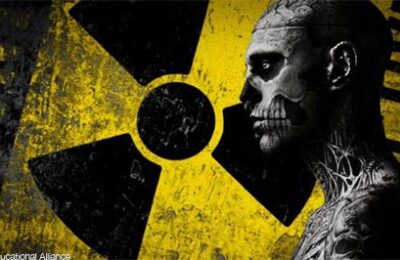