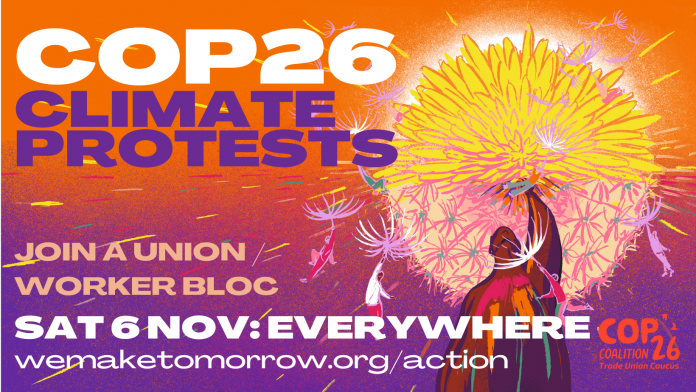 This article by Ian Allinson was first published by RS21.

It welcomes Unite’s backing for action, including protests and strikes but warns of the dangers of relying on technofixes…

Unite’s policy conference, delayed from 2020 because of Covid, finally got underway in Liverpool today as a hybrid in-person / online event. The first debate was titled the Green Industrial Revolution and included two ‘composite’ motions which merged the text of multiple motions from different union bodies.

Composite 10 represented a big step forward for Unite, with practical actions in relation to the climate crisis. Amongst other things, it commits Unite to mobilising for the COP26 protests, encourages solidarity with the climate strikes (one is planned for 5 November), calls for the creation of climate action subcommittees in workplaces and the Unite structures, encourages disinvestment from fossil fuel producers, analysis of the potential impacts of the climate crisis and the responses to it on employment in each Unite region and sector, guidelines for bargaining over decarbonisation, inviting speakers from climate strikes or the Campaign Against Climate Change Trade Union Group to all union bodies, and campaigning for the right to strike over climate (see guide). It was positive that the Executive Council backed the composite, but frustrating that they did so with reservations, claiming that affiliating to the Campaign Against Climate Change would conflict with our efforts to organise in carbon intensive industries. These industries are going to face closure or radical change as a result of the climate crisis. We need a just transition for working class people in Britain and poor people around the world. We’re not going to get that by dragging our feet on pushing for the transition – workers need to make allies of climate campaigners rather than our polluting employers.

The contradictions were even clearer in Composite 9, which was also passed with Executive support. It included much good content but centred the techno-utopian fixes being promoted by fossil capital and carbon intensive industries who want to continue business as usual. Electric vehicles, carbon capture and storage and hydrogen (unlike nuclear) have some role to play, but ignore the need to reduce energy consumption and the need for a just transition on a global scale, rather than pillaging poorer countries for the raw materials for unsustainable solutions in the Global North.

Foot dragging on just transition and promotion of techno-utopias both relate to the rotten politics of partnership with employers that are still far too prevalent in Unite. rs21 members at the conference distributed a leaflet taking up the arguments about climate change as well as other key issues such as inflation and pay, fire and rehire, democratising Unite, the Labour Party, Proportional Representation (likely to be one of few contentious debates), migrant rights, the Police Bill and the Covid crisis. A key strategic aim for the left should be the convergence of the workers’ and climate movements. Building workplace action for the climate strike on Friday 5 November and the union/worker blocs on the demonstrations on Saturday 6 November are big opportunities. Every Unite activist should get involved with their local COP26 coalition hub and with wemaketomorrow which is coordinating the union/worker blocs. Tomorrow we will be helping distribute a leaflet from Unite Rank & File.

Tomorrow Sharon Graham, the new General Secretary, will take part in a two-hour Q&A with delegates – an opportunity for her to flesh out her plans and for delegates to raise their concerns and priorities.

The text of the two composite motions is below

Conference recognises that a ‘just transition’ (that protects the lives, livelihoods and rights of working people, the poor and the disadvantaged) to a decarbonised economy is not only right, but is the only way the movement against climate chaos will secure the mass support needed to win, and avoid a rich minority protecting themselves at the expense of the planet and the vast majority of people.

Conference joins our Assistant General Secretary Steve Turner in congratulating the school students striking around the world for real climate action and welcomes the decision of the 2019 TUC to support those school students and to call for a solidarity action.

Conference has no confidence that governments dominated by millionaires and industrialists will seek solutions in the interests of the poor or dispossessed – the vast majority of working people.

Conference instructs the EC to:

Conference accepts that climate change affects all generations but also recognises that its effects on the elderly can be more acute.

Conference congratulates the Labour Party on calling out the issue as a climate emergency in parliament and congratulates the union and Labour Party for its work on a ‘Green New Deal’ and ‘just transition’ ensuring trade unions, workers and communities are at the heart of any transition from fossil fuel use to more environmentally sustainable alternatives.

Conference welcomes the initiative from our manufacturing members on the ‘Manufacturing Matters’ industrial strategy, detailing how such a transition must involve adequate state intervention, investment and support to protect jobs, incomes, skills and the communities that currently host such jobs.

Conference further congratulates the Union and Labour Party for its active pursuit of a net carbon neutral economy by 2030. We reject the argument of the government that a limited range of measures implemented by 2050 are adequate to address the challenges we face.

Conference recognises the role that individuals can play in lowering emissions by changing diet, reducing food waste, and modifying energy use alongside travel patterns, and prioritising more sustainable public transport options. However, conference believes it is with the direct intervention of the state that we will see real change towards a more sustainable future.

Much of the technology already exists that would make a dramatic and lasting difference to our planet and the free transfer of such technology to the developing world should form a core element of any global plan, a form of ‘environmental reparations’ for the damage already caused by the developed world.

Such measures taken should include:

Conference is aware that ‘just transition’ is about the fair treatment of workers and communities most affected by change as we move to a lower carbon world.

Change is already happening. While UK international policy makers and others talk of a ‘just transition’, it is action that is now required.

This must deal with the global climate emergency but, in doing, must also secure futures for workers within industries that may be detrimentally affected, ensuring a collective response supporting the investment in their futures and that of their communities.

Conference understands the absolute necessity to deliver a low carbon economy to prevent the climate emergency destroying our planet. Conference supports decisive international action to prevent the catastrophic impact that increasing global temperatures are having on countries and communities across the world.

We understand that to achieve a low carbon economic future international actions are necessary and that Governments must act now to develop new policies to deliver on global emissions targets and transform energy creation.

Furthermore, conference is clear that it is our role to ensure that the continued development in the UK and Ireland to deliver well paid secure jobs across all phases of their delivery from construction to operation.

Conference pledges to build a worker-led campaign for a future that works for all demanding the implementation of progressive policies that deliver the maintenance of jobs and skills. This includes influencing strategic political decision making around the future of the affected sectors and energy policy focussing on the potential in these areas to both protect existing jobs and ensure skills utilisation, while embracing new opportunities in emerging markets such as offshore renewables, decommissioning and carbon capture and storage (CCS) projects.

Evidence from the International Energy Agency and the UN Intergovernmental Panel on Climate Change shows that CCS is essential to deliver the UN Paris Climate Change Agreement.

Unite members applaud the commitment made by organisations and governments to achieving real reductions in greenhouse emissions, ensuring that the world’s ecosystem is global and locally sustainable for generations to come. Recent events have only highlighted the sense of urgency with which such work needs to be carried out.

However, as a trade union our members must remain our priority. The difficult question of any realistic ‘just transition’ has quite rightly been at the heart of debate within our movement. Ensuring that both workers’ rights, their employment and livelihoods are central to any solution.

Unite represents a broad range of workers across all sectors of the economy, which gives a greater ability to understand and see first-hand the overall impact of such change upon our members. Clearly there are industries that are more able to transition given current technology and infrastructure than others, as well as those which require significant technological development in order to achieve the same ends and as such this must be recognised within any future environmental policies adopted by Unite.

Any such policies must:

Conference recognises that many of the production processes used across our industrial sectors can be contributors to greenhouse gases.

Conference also recognises that these processes provide jobs for our members.

However, Conference also recognises that there will be no jobs on a dead planet.

Unite must consider the potential impact on our industrial sectors of climate change coupled with changing production methods, including the threat from automation, and consequentially take steps to protect jobs and ensure that where there are threats to jobs there is a ‘just transition’ – securing workers’ rights and livelihoods while shifting to sustainable production.

Conference applauds the section of the 2019 Labour Party Manifesto which called for the development of a new green deal, aimed at combatting climate change and growing well paid, skilled, unionised manufacturing jobs in the UK. Despite the outcome of the 2019 election, many of the ideas contained in the manifesto are still urgently needed and worth fighting for, especially issues around manufacturing and climate breakdown.

Recent Transport for London (TfL) contracts to build buses and trains for Crossrail highlight the inability of wo called market forces to protect jobs in the UK. These contracts have been won by manufacturers based in Europe, with no consideration for the social impact of job loss, further undermining our manufacturing base and hindering the development of manufacturing facilities, skills and supply chains in the UK.

There should be a requirement in all public service procurement contracts for a social impact assessment especially including apprentices for young workers. This is increasingly important as an alternative to precarious employment and youth exploitation in the gig economy. The UK workforce has transferable skills enabling a ‘just transition’ to a low carbon economy to be a realisable goal.

A growing efficient planned public transport system based on need not greed is a prerequisite of combatting climate breakdown and air pollution in urban centres, in tandem with this is a green ‐ manufacturing and public procurement policy able to match the growing threat posed by climate breakdown.

Conference accepts the fact that climate change is a result of global warming caused by human activities. This is a grave danger for future generations. To take no action will be a betrayal for all yet to come.

Conference therefore calls for Unite to: 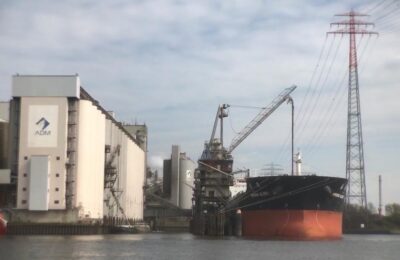