One of the campaigns around the COP26 gathering in Glasgow was the demand to exclude the Jewish National Fund from the talks. Despite its name, the JNF is not a communal aid organisation, but rather a quasi-governmental arm of the Israeli state, which for the past 120 years has played a key role in the dispossession of the Palestinian people and the denial of their history and existence. As a part of the official Israeli delegation to the talks, the JNF was used in an attempt to greenwash Israel’s apartheid and ethnic cleansing.

We the undersigned civil society organisations and individuals declare that the Jewish National Fund (JNF), as an institutionalised form of racial discrimination responsible for ongoing ethnic cleansing of Palestinian people, has no place in COP26. The JNF is a relic of Europe’s colonial past, and today uses an environmental veneer to greenwash over 100 years of ethnic cleansing.

The Jewish National Fund (JNF, also known by its Hebrew name Keren Kayemeth LeIsrael, KKL) is an Israeli para-statal company established in 1901 in Britain for the sole purpose of the colonisation of Palestine by obtaining Palestinian land and, as ‘custodian for the Jewish people’, making it available solely for Jewish settlers. It claims to be the oldest green organisation in the world. It has offices in over 70 countries, in many of which it enjoys charitable or tax-exempt status, thereby being subsidised by taxpayers, which it justifies by raising funds for ‘environmental improvements’ in Israel. It has been granted observer status by the United Nations to the Conferences of Parties (COP) to the Framework Convention on Climate Change (FCCC).

However, the JNF remains established for the primary purpose of ethnic cleansing – to replace the indigenous Palestinian population of all religions with an entirely Jewish settler population. Throughout its existence, events demonstrate that it has practiced ethnic cleansing resulting in apartheid – expelling and segregating Palestinians – often in collaboration with the Israeli military and other Zionist militias. Its manifestation as an environmental organisation is a recently adopted greenwash for its real purpose.

As civil society organisations concerned with climate change and promoting equity and social justice between people, and individuals, we condemn racism, ethnic cleansing and the destruction of the environment which results from such practices. We declare that the JNF is not welcome in COP26 and call on all civil society organisations to join our campaign and to have no association with the JNF.

KKL-JNF: An architect of Palestinians’ Nakba

From its creation in 1901, the Zionist Movement encouraged the JNF to acquire lands in Palestine to settle and colonise the acquired lands. This was fulfilled by purchasing vast swathes of lands from large landowners who were living abroad and dispossessing Palestinian peasant farmers in the process. It has also facilitated the planned, deliberate, forcible and violent dispossession of over 750,000 Palestinians from their homeland during Israel’s creation (1947-1948).

After the creation of Israel in 1948, aided by Israel Land Law, the JNF continued to acquire more lands belonging to Palestinians. The JNF leased the seized lands exclusively to Jewish settlers after destroying and ethnically cleansing over 500 Palestinian towns and villages and was accompanied by the destruction of indigenous trees both planted (like olives, figs, almonds, cactus) and wild (like hawthorn, oak, carob, Pistacia, Sumac).

The JNF is key actor in the establishment and perpetuation of Israel’s institutionalised system of racial discrimination and oppression over Palestinians, constitutive of the crime of apartheid . Ninety three percent of the land that came under Israeli control in 1948 is owned by the Israel Land Authority, which comprises the JNF, the Development Agency and the state.

Given that the JNF regards itself as ‘trustee and custodian’ of land on behalf of the Jewish people, its properties are only accessible to Jews. The JNF bars Palestinians, even if they are refugees and the rightful original owners of the land, from access to land it controls. Palestinians’ right of return to their homes and lands was recognised by the UN General Assembly in Resolution 194 in 1948.

Revealed archival documents show that one of the methods Israel used to prevent Palestinian refugees from returning to their homes was to ensure the JNF would densely plant trees within and surrounding the ethnically cleansed and ruined Palestinian villages. This made it impossible to rebuild or farm the villages.

KKL-JNF forests and parks are a way to erase memory, history and natural identity in Palestine and falsify Palestinians’ natural heritage.

Palestinians still endure an ongoing Nakba (catastrophe in Arabic) which peaked in the hostilities of 1948, due to the continuing policies of ethnic cleansing and apartheid of the JNF. Criticising the JNF’s current practices, the United Nations Committee on the Elimination of Racial Discrimination (CERD) asserted in December 2019 that the JNF and other para-statal companies in Israel carry out material discrimination against non-Jewish persons.

The JNF is directly involved in the ongoing de facto annexation and looming de jure annexation of about 33% of the West Bank, including the illegal settlements Israel has started erecting since 1967.

Tens of thousands of Palestinian survivors of earlier dispossession and displacement inhabiting five Bedouin communities in the Negev (Naqab) also face impending forcible dispossession. On the ruins of their homes, the JNF will be planting trees, its longstanding instrument of apartheid and ethnic cleansing.

The JNF is also providing academic training for school students in collaboration with military cyber Unit 8200 and the Intelligence Department of the Israel Defense Forces General Staff, which oversees Unit 8200. This unit is responsible for surveillance on and persecution of Palestinians in the West Bank, is involved in the blockade of the Gaza strip, and is also responsible for selecting Palestinian targets for assassination.

The JNF has a long history of planting trees to mark boundaries against Palestinian communities, to absorb Jewish settler labour and to prevent exiled Palestinians from returning. It drained the Hula wetlands with disastrous ecological consequences. It has facilitated the diversion of water courses Critics of the afforestation project of the Negev (Naqab) argue that “the dark canopies of trees it has planted in arid regions such as the Negev, in Israel’s south, absorb heat unlike the unforested, light-coloured soil. Short of water, the slow-growing trees capture little carbon.” The afforestation of the Negev has also threatened the existence of native species of brush and animals.

The JNF is also complicit in Israel’s water apartheid.

The JNF is “part of Israel’s official delegation to COP every year, as part of its mission to exchange knowledge and expertise with other countries.” The JNF held fringe events at the COPs in Paris in 2015 and Bonn in 2017 and used the conferences to greenwash its racist objectives and encourage collaboration with unsuspecting international partners. The UN and member states should not tolerate this abuse of privileges, and should withdraw the observer status granted to the JNF for the Conferences of Parties to the Framework Convention on Climate Change. COP26 will be hosted by the UK and held in Glasgow in November 2021. JNF Scotland (aka KKL (Scotland)) has its headquarters in Glasgow, and both JNF UK and KKL (Scotland) enjoy charitable status. This is the time to say Keep the JNF out of COP 26. 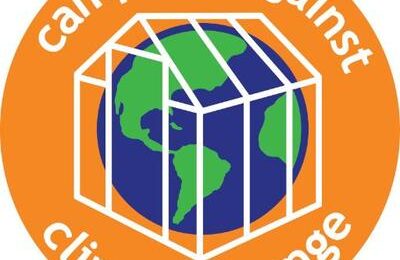